England Rugby needs to get rid of Rob

The empire is falling. Once known as a “fortress” during England’s golden period of the early noughties, HQ is now a sorry and sad sight with inquests and resignations recklessly […]

The empire is falling. Once known as a “fortress” during England’s golden period of the early noughties, HQ is now a sorry and sad sight with inquests and resignations recklessly thrown around the plush new offices in the South Stand.

Martin Johnson, forever an England legend, could be seen mentally bruised and battered as he walked away from his resignation press conference. His aura of invincibility for all things rugby has sadly gone following this calamitous episode, but if anything his status as a loyal England servant has been enhanced.

As Rob Andrew and many of the other “57 Old Farts”, as Will Carling so famously derided them, seek to deflect blame to anywhere but their own oversized desks. Johnson has carried the can for the side’s failings and stood aside. In so doing, he has found sympathy from the English rugby public for his dignified stance and has immediately resumed his position as the country’s greatest ever captain.  When it comes to Rob Andrew, the story could not be less different. 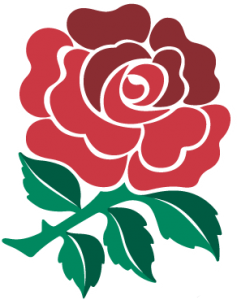 At the very same press conference Andrew gave a bizarre, back-to-wall performance which even included accusing journalists of not knowing what his role at the RFU entailed.  Forgive us Rob, but at the time neither did you. He refused to accept any responsibility for the World Cup saga despite his title of Director of Elite Rugby. John Steele, the former CEO had removed him from that position earlier in the year before his own resignation and moved him into the role of Operations Director.

Suddenly, without anyone really noticing and following Steele’s departure, Andrew found himself back in his original role, one for which he had been previously deemed unable to continue. During the tournament itself, he was nowhere to be seen in the media, offering Johnson little help in dealing with the press furore over the players’ off-field antics. Then, after returning from the tournament, he oversaw a review into his own performance by sitting on two panels at the same time whilst seemingly plotting to get rid of Johnson. At least that is what one could infer from Johnson’s lack of a clear reason for stepping down other than jumping before he was pushed. 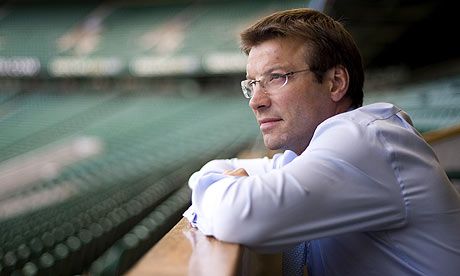 Andrew has now presided over three England head coaches who have either been sacked or have stood down following failures. He points to the advances made at grass-root level and with the relationship between England and Premiership clubs. This is, however, a false argument.  As Will Carling put it on the news this week, it’s like a car company saying that the marketing and HR departments are doing really well when the car is crap and no one is buying it. The England team is the sole thing the public will measure the RFU’s success on and, in the last 8 years, there has been relentless failure.

There has been little progress made on the field, indeed some would argue that the England team has actually regressed in that time in terms of playing style. His position would appear, from the outside, to be untenable and yet when questioned by the media he seemed irritated by the very notion that his job could be under threat, repeatedly mentioning how he wanted to get out of the press conference so he could get on with finding a new Head Coach. Surely that is a responsibility that he no longer merits, given the results of his previous three selections.  Happily however for Andrew, Martyn Thomas the acting CEO has also resigned, meaning that there is no one at the RFU with the necessary authority to relieve him of his duties.

This is a chance for the RFU to clean up its act and push forward with the right personnel towards their home World Cup in 2015. In order for that to happen, it may require Andrew to do the honourable thing rather than being forced out, but I wouldn’t count on that happening any time soon.