The Rugby World Cup reminded me of the massive grey area that exists for advertising and sponsorship in sport. Manu Tuilagi, the English centre (presumably of North Yorkshire origin) was […]


The Rugby World Cup reminded me of the massive grey area that exists for advertising and sponsorship in sport. Manu Tuilagi, the English centre (presumably of North Yorkshire origin) was fined £5,000 for wearing a gum shield with a logo on it. It was the same gum shield he’d been wearing for the last two years, but it didn’t comply with the International Rugby Board’s (IRB) strict sponsorship and advertising rules. In the warped mind of the IRB they allow a Samoan to play for England, but only if he wears the correct gum shield. That fine would be quite a blow for a young sportsman, and was probably the reason he jumped off that ferry. I especially feel for his brother, Alesana who, playing for Samoa (presumably he moved over there as a young boy and gained citizenship before representing his adopted country,) was fined the same amount for the same thing. Representing his country at the world cup probably cost him money. 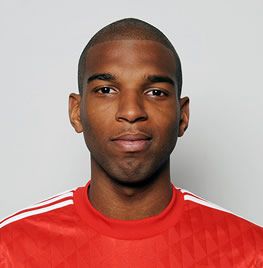 I  never used to be concerned with what effect sponsorship had on sport. I was just grateful Carlsberg were sponsoring Liverpool FC, providing them with a bit of cash to buy woefully second rate talent such as Ryan Babel. This blissful ignorance came to an abrupt end whilst watching an Indian Premier League (IPL) 20:20 cricket match on ITV. Now, cricket holds a special place in my heart and it’s safe to say I place the game on a bit of a pedestal. They say football is a gentleman’s game played by hooligans, whilst rugby is a hooligan’s game played by gentlemen; well cricket is a gentleman’s game played by gentlemen. It is a sacred game, played on hallowed turf and judging by the similarities in the amount of rest time in cricket and the myth of Creationism, God is probably a keen player too. 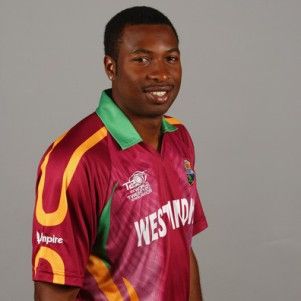 Whilst watching this very average IPL game (the IPL and BCCI are other topics on my hit-list) I saw Kieron Pollard, an unbelievably massive West Indian, launch some unbelievably mediocre Indian seamer for a six. As the ball sailed over the ropes I muttered to myself something along the lines of “good shot, that’s a six”. I expected the commentator to say something similar. You can only imagine my disgust when I in fact heard him say: “And that’s another DLF maximum”. I think I nearly had a stroke. I’m all for sport making use of sponsors and reaping the financial rewards, but if this comes at the cost of the very soul of the said sport then it is a very sad day for those concerned. It’s not even as though DLF are a cricket or even sports related company. They are a real estate company. Google ‘DLF India’ and the third hit says something akin to ‘Luxury and Premium Properties in 31 Cities’. So putting it simpler, DLF build luxury property. In India. And they could afford to shell out $40 million on 5 years sponsorship for the IPL. Would I sell my soul for $40 million? In an instant, but cricket is far bigger than one person. To be perfectly honest, I’m not entirely concerned about the ethics of DLF and the IPL; I’m not in the greatest position to talk on such matters being a middle class white boy at the University of St Andrews. But when commentators are forced (I should hope at gunpoint) to utter such filth on air, a line has been crossed.

What especially grates me is that  sport can get away with such blasphemy. If your friend or workmate said something similar, they would (thankfully) get lynched. But, what if such phrases become part of our idiolect? What if this extends to our everyday life? Are we heading in that direction already? We may well be.

Imagine if, after a steamy session in bed, you said, “that orgasm [sic] was brought to you by Durex condoms: ribbed and dotted for your pleasure”. Not only does this fail to take into consideration my penis length and girth, (not to mention my fantastic oral technique), but there is no way you would get laid ever again.
Forget the evils of Fascism and Communism and totalitarian governments, this is my Orwellian nightmare.