Last night the Union Debating Society and the Students’ Association hosted the Rectorial Debate. While entertaining, the night seemed to be filled with passive-aggression as could be seen by the […]

Last night the Union Debating Society and the Students’ Association hosted the Rectorial Debate. While entertaining, the night seemed to be filled with passive-aggression as could be seen by the candidates’ less than cordial behaviour.

This is a summary of each candidate’s position and participation in the debate. Before every campaign team jumps down our necks, The Stand would like to state that it is a neutral publication and is equally irreverent to all candidates.

Lord Forsyth, who could not make the debate tonight due to an urgent meeting at the House of Lords over the Economic Affairs of Europe, was represented by student Douglas Hallstrom. While European economic stability is an important matter, his absence lead many to wonder whether or not he will be able to devote enough time to the University. When questioned on the matter. Douglas stated that Forsyth has already set aside one day a month for St Andrews and believes that most of the work for Rector can be completed from Geneva and London. While the stand received some flack over our last Rectorial Article because we painted Forysth as too much of a business man, it seems to be his trump card. Any person with connections like Lord Forsyth can certainly help assuage some of St Andrews’ funding problems. A boost in non-governmental capital into the University would probably do a lot of good. 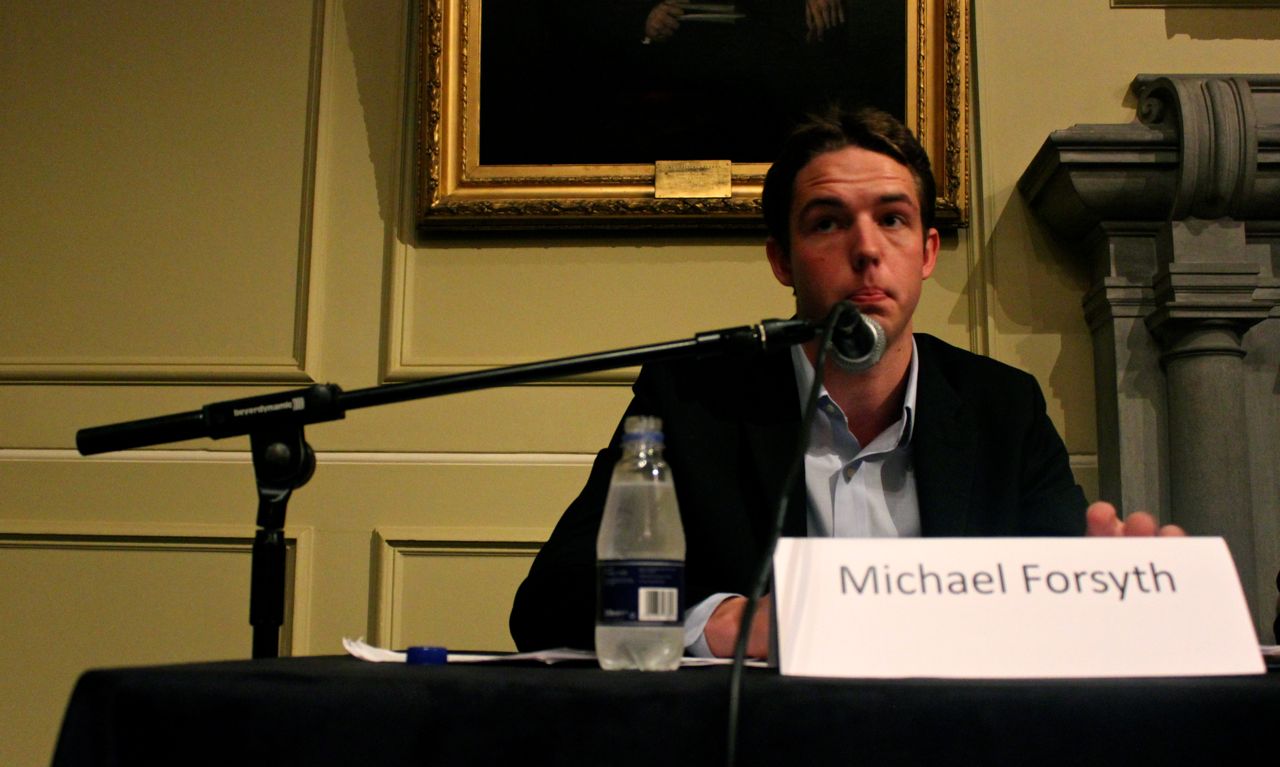 Colin Fox was much funnier than anyone expected him to be in his opening statements; he was cracking jokes left and right. Fox strongly backs the Association’s position that education is a right, not a privilege. His position revolved around a value judgement that he said needed to be made to send the University a message. Unfortunately, Mr. Fox seemed to be lost in an ocean of metaphors (do you see what I did there?). Not only did we hear about tuition fees from Mr. Fox, but we also heard about The Arab Spring, TheTrident Missile Defence System, Bank Bailouts, and his former constituents. According to Fox, the student experience in St Andrews is under threat and we need to take a stand. 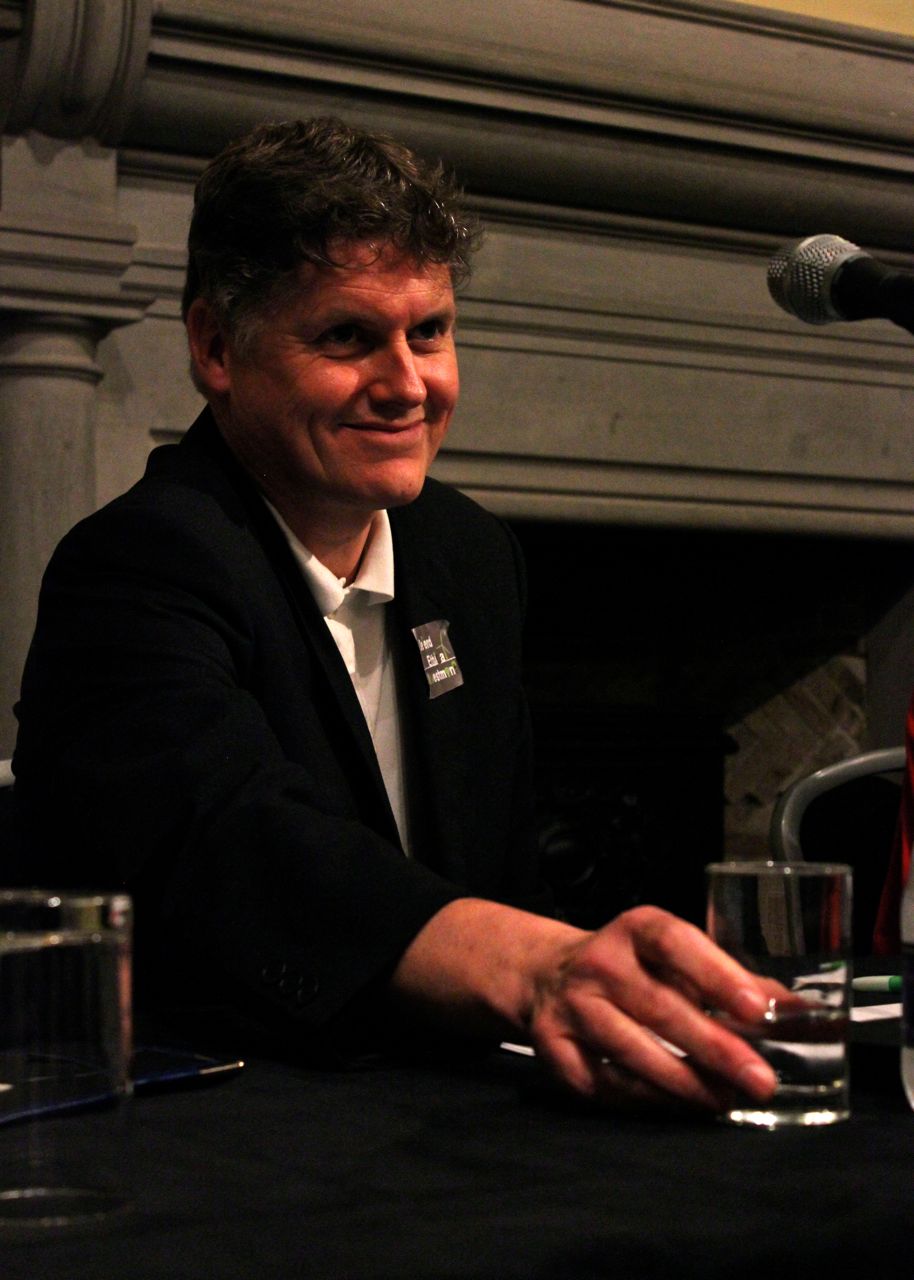 In our last article we referred to Moffat as a ‘teddy bear’; today he seemed more like a grizzly bear. This man had fire in his eyes and a passion for St Andrews. He says he fears that the University is using much of the same resources it did back when he attended the university over 30 years ago. Has he seen the new library? It’s amazing (oh, wait). While it was obvious that Moffat truly wants this job, he came across in bad debating form. He reminded Mr. Nevin that his speech time was nearly out, even though Mr. Moffat had gone over his own time twice. That said, Moffat has been in St Andrews campaigning longer than any other candidate and seemed to have the crowd on his side. 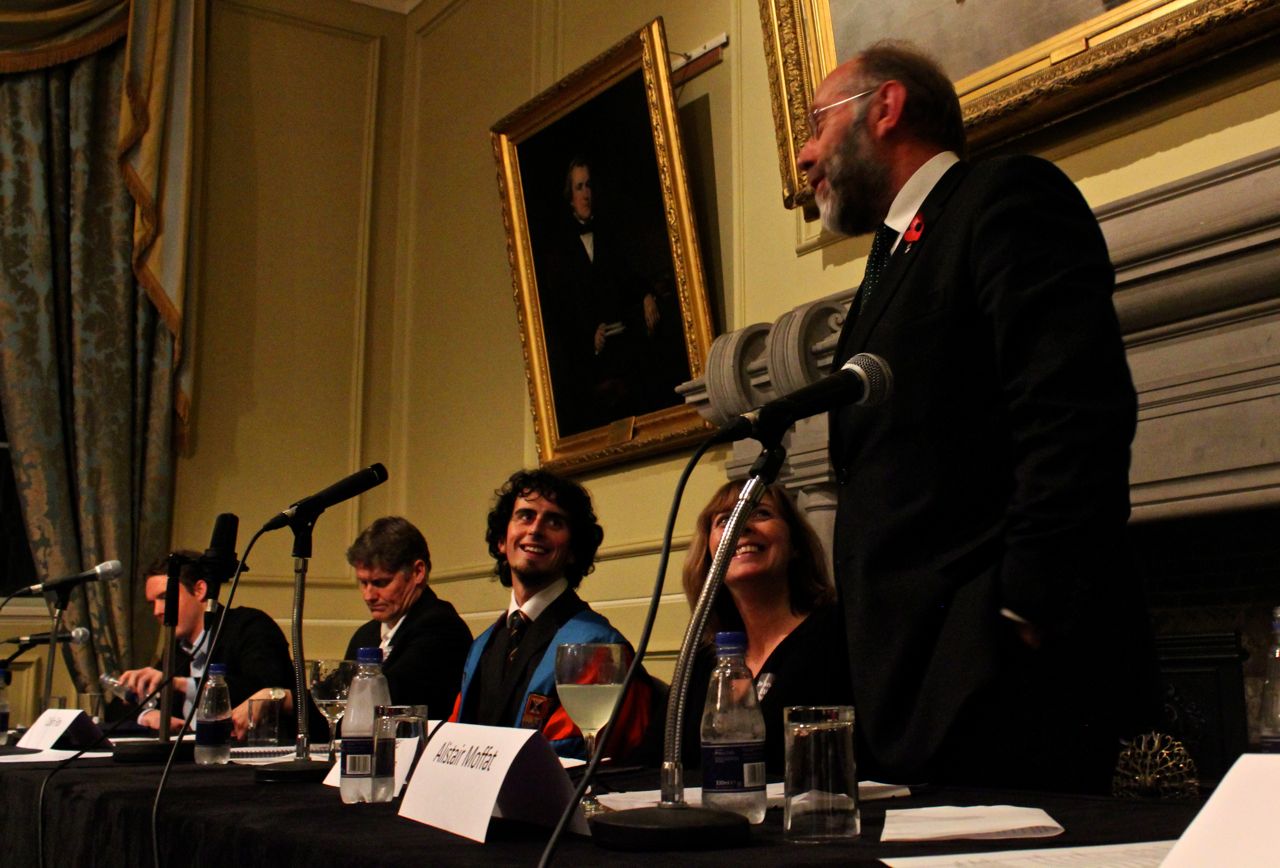 It is quite ironic that this debate took place in Lower College Hall, a room filled with pictures of famous men and one woman from St Andrews’ history. This is not to say that you should vote for Ms. Macintyre because she is a woman, but instead to show how under-represented women have been in the past. Abeer seems to be a very qualified candidate, she hates bureaucracy like the other candidates, and has been successful in the past with many business and charity ventures including Mary’s Meals. On the other hand, apparently her campaign team advised her against buying us beers at her favourite bar, Aikman’s (bad move). Furthermore, she did not seem to be as aggressive towards new, unpopular university policies as many had hoped she would, and came off seeming a little uncertain about her position on these new policies. What many did seem to appreciate was her, Moffat’s, and somewhat Forsyth’s understanding that as a Rector of St Andrews, you cannot stop governmental policies and must work with the resources that are available. 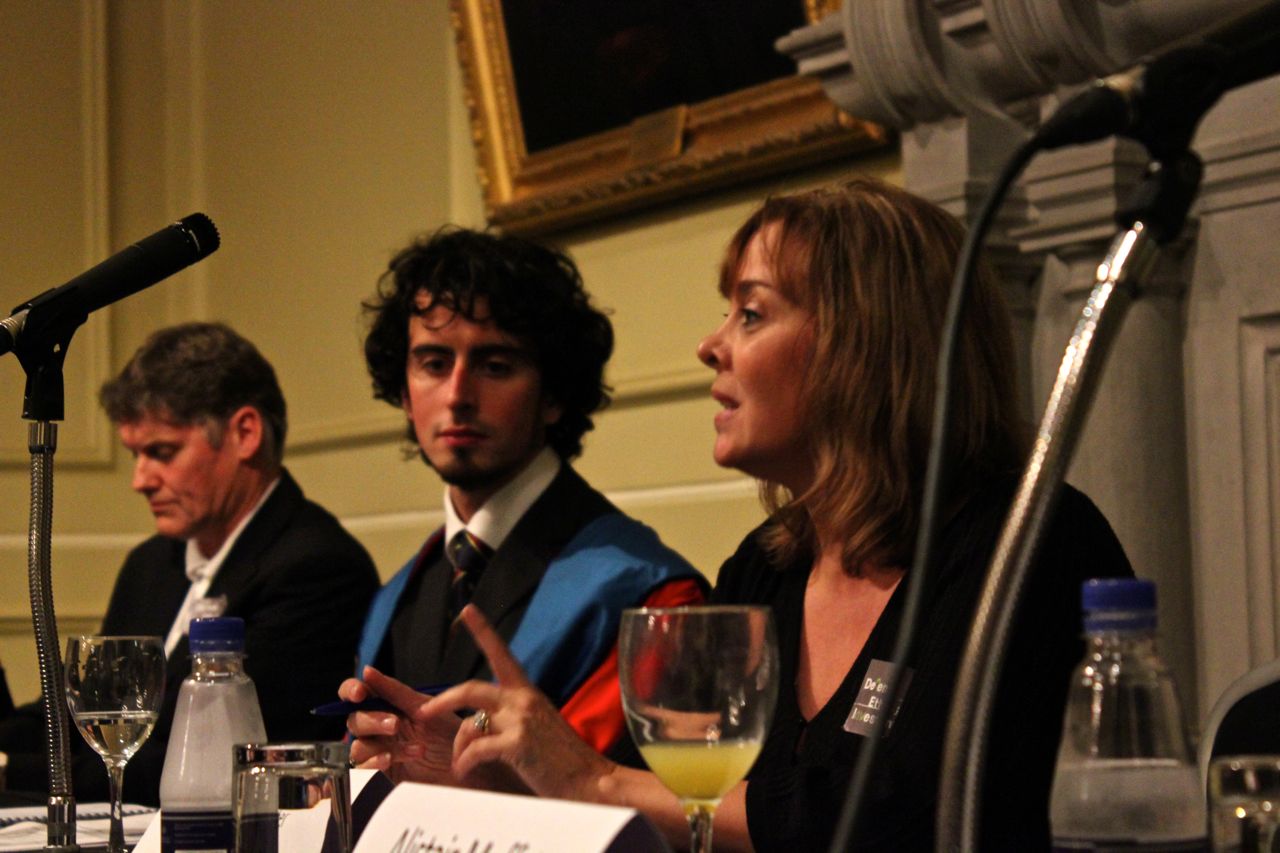 Mr. Nevin seemed very humble throughout the debate and ran on the popular platform of not having a platform. He felt that as Rector, he should construct his platform once elected around students and their position. Furthermore, it was nice to see him drop his football past. He seemed truly offended when Ms. Macintyre called him a ‘primadonna’ and said that he did not want any votes from any students based solely on his athletic abilities. Unfortunately, Nevin seemed lost in the debate. He was unable to speak at depth like other candidates on certain issues including HMO rulings and Governmental Structures. He even admitted on some issues to not knowing enough. In his defence, he has only just recently been nominated and has not had time to brush up on St Andrews. 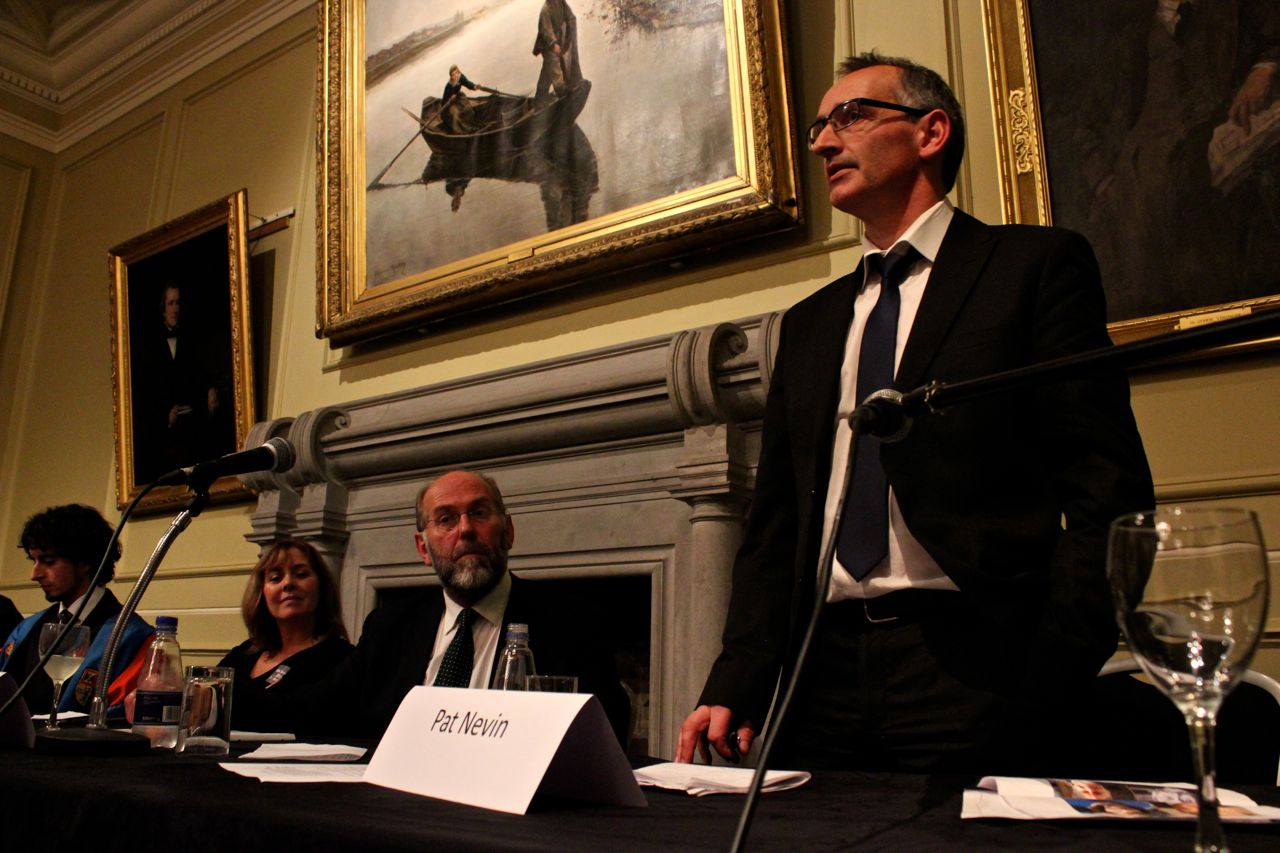 The Stand realises that no matter how objective we try to be, people will still disagree with aspects of this article. If you are one those fervent campaigners who disagree with anything reported, feel free to send us your opinion of the debate, or comment on this article below.