‘It’s heartbreaking, but the only legal option’ UCU Strikers are all over campus

University of Southampton staff and members of the UCU are striking around Highfield and Avenue campus.

Outside Harley Library and in front of Avenue Campus University staff have formed picket lines. They are holding protest signs and are asking people to sign petitions. 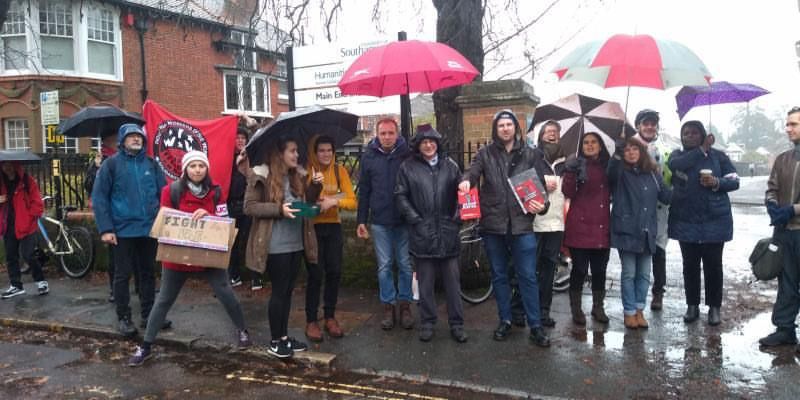 The picket line outside Avenue Campus.

One protest sign reads: "Honk for our pensions" and has cars driving along University Road honking their horns in solidarity.

HONK if you see us! Making some noise on Highfield campus 📯 #ucusotonpef #UCUstrikesback #UCU #universityofsouthampton

They are walking out against falling pay which has seen a 20 per cent drop in real terms over the last ten years.

They are also protesting pay inequality, changes to their pensions, the Universities Superannuation Scheme (USS), and unsafe working conditions among other issues. 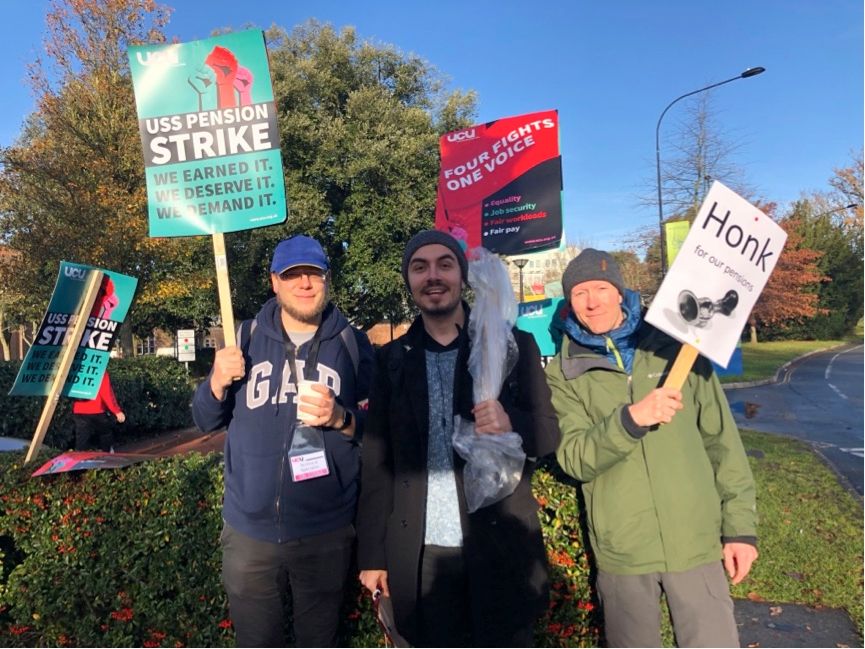 The Soton Tab spoke to the Southampton UCU Communications Officer, Dario Carugo, about the strikes, "No one takes striking in a light way.

"It's an instrument to influence the University, as they don't sit down and start negotiating until strikes start."

Around campus UCU members are collecting names to petition issues such as the gender and ethnic pay gap, and unsafe work loads in the hope that the University Vice-Chancellor Mark E Smith will take notice.

Vice-Chancellor Mark E Smith is the current UCEA President, which grants him potential influence in helping the cause.

There has been support from students for the strikes

Student have signed the petitions and even joined the picket line.

"It's hopeful that students are getting involved,

"We hope students appreciate the fact that working conditions are getting worse and that is impacting the ability of staff to work, and their mental health," Dario said.

A University staff member from iSolutions said Junior staff who are on lower incomes "cannot afford" the pay drop and are said to be struggling the most.

Students 'don't get a refund even though teachers don't get paid'

The strike action began on Monday 25th November and will continue until 4th December, which means students are missing hours of teaching time, which will not be rescheduled or refunded.

A University staff member was stood across from the Jubilee building, holding a protest sign and handing out leaflets, they told The Soton Tab:

"I'm pretty miserable about having to strike, I'd much rather be doing my job than standing in the rain.

"It's heartbreaking, but it's the only legal option.

"Students don't get a refund even though teachers don't get paid. Strikes are beyond university control." 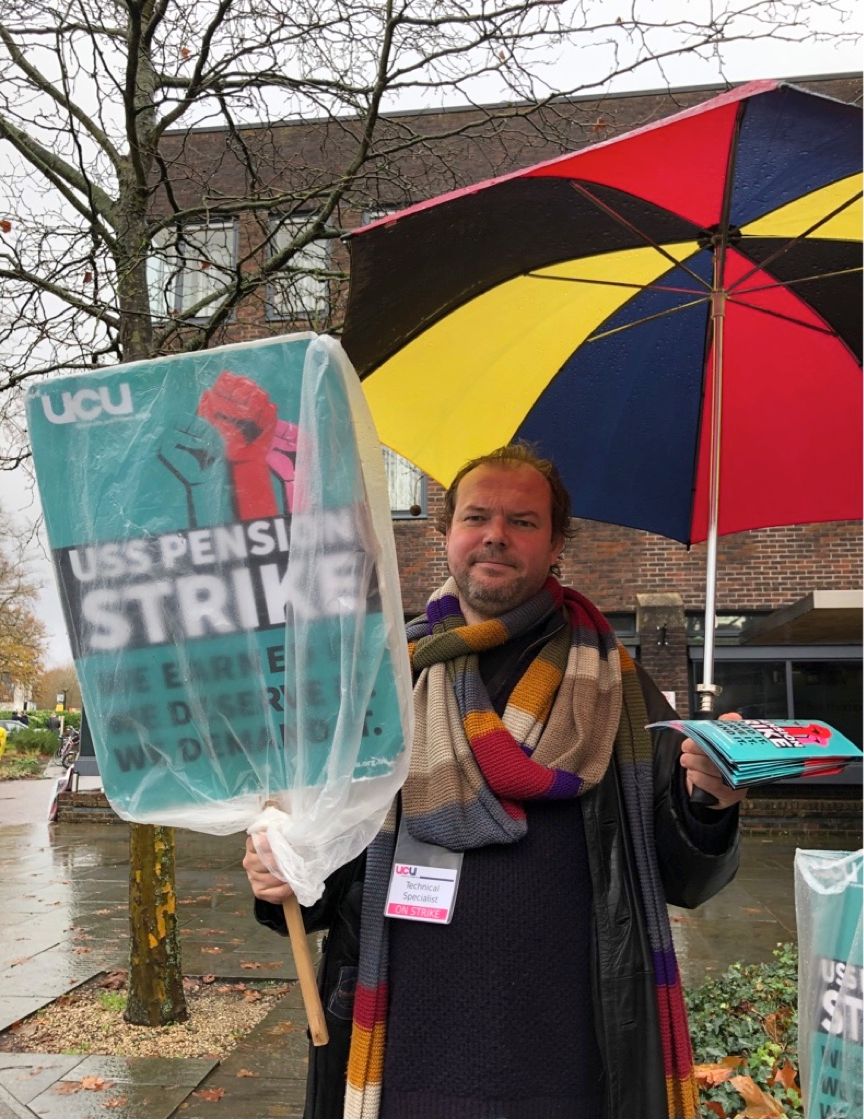 The sign reads: "USS Pension Strike. We earned it. We deserve it. We demand it."

Overseas students are said to be affected the most

"Overseas students are paying a huge amount to be here," a University staff member said.

Some international students are paying up to £21,580 a year to study at the University.

During the last strikes in February and March 2018 the Chinese embassy in the UK expressed concern over the impact of strikes on Chinese students.

China sends significantly more students to the UK than any other nation: a total of 106,530 students according to UKCISA.

Not all UCU members are striking

A University staff member told The Soton Tab: "Some members can't strike because they can't bare to let the students down.

"Some institutions would shout at members for crossing the picket line. I rather they didn't, but we understand and have compassion for them.

"Shouting at them won't change their minds." 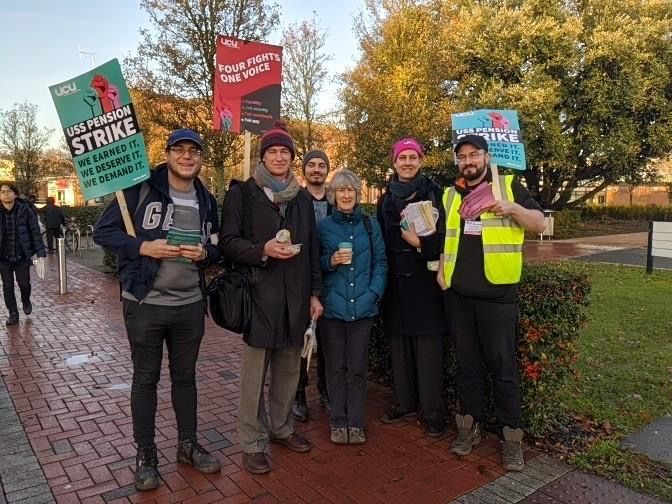 Many are not happy about the four week disruption