He has been charged with grievous bodily harm

A police officer was attacked outside Yates in Southampton's city centre on Sunday night.

According to The Daily Echo, Hampshire Police were called after several men were seen fighting outside Yates in the street, around midnight.

The first police officer on the scene, a 54-year-old man, was attacked by one of the men. He was sent to Southampton General Hospital with a serious facial injury. 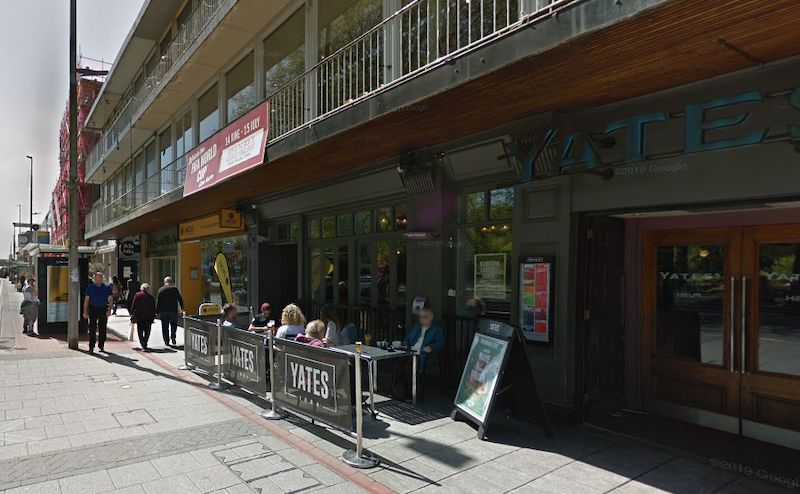 Robert Mann has been charged with grievous bodily harm following the incident and was due to attend Southampton's Magistrates Court on Monday morning, according to The Daily Echo.

Hampshire Police Federation Chairman Alex Charge said: "This is an horrendous assault on an officer just doing his job – protecting the public."

DI Emma Crute said: "There were a lot of people around at the time of this incident who will have seen what happened.

"We know a lot of people enjoy taking photos and videos when they are on a night out, so if you are looking at your phone this morning and you think you may have captured something, please let us know.

"You may not think what you have is of any use, but if you were in that area around midnight, it may be really useful to our enquiries."

A spokesperson for Yates said: "An incident started at a nearby bar, as the incident escalated our door team went to assist police in helping to get the situation under control.

"No Yates customers were involved nor any hurt. Our team will continue to assist police with their investigation.”

Witnesses are encouraged to contact Hampshire Police on 101 if they have any evidence or information, quoting 44190215711.