They’ve exceeded their donations target by over £1000

The number of homeless people in the UK has been steadily growing over the years, which is problematic enough without considering the icy conditions many face in winter by sleeping outside. Many people tend to forget how lucky they are to have a roof over their head at night. To raise awareness of the conditions that homeless people face on a daily basis, Royal Holloway students slept outside for the night. Each student was provided with a cardboard box to sleep in, and participated in the event to raise money for the Labour Campaign to End Homelessness.

The event was organised by third year students Rebecca Wilson and Sarah Newell and took place on Friday night outside Founder’s building – Sarah is currently the Women’s Officer for Royal Holloway, and Rebecca is the outreach co-ordinator for the Labour Campaign to End Homelessness. The Tab spoke to them to discuss the event, and how successful it was. 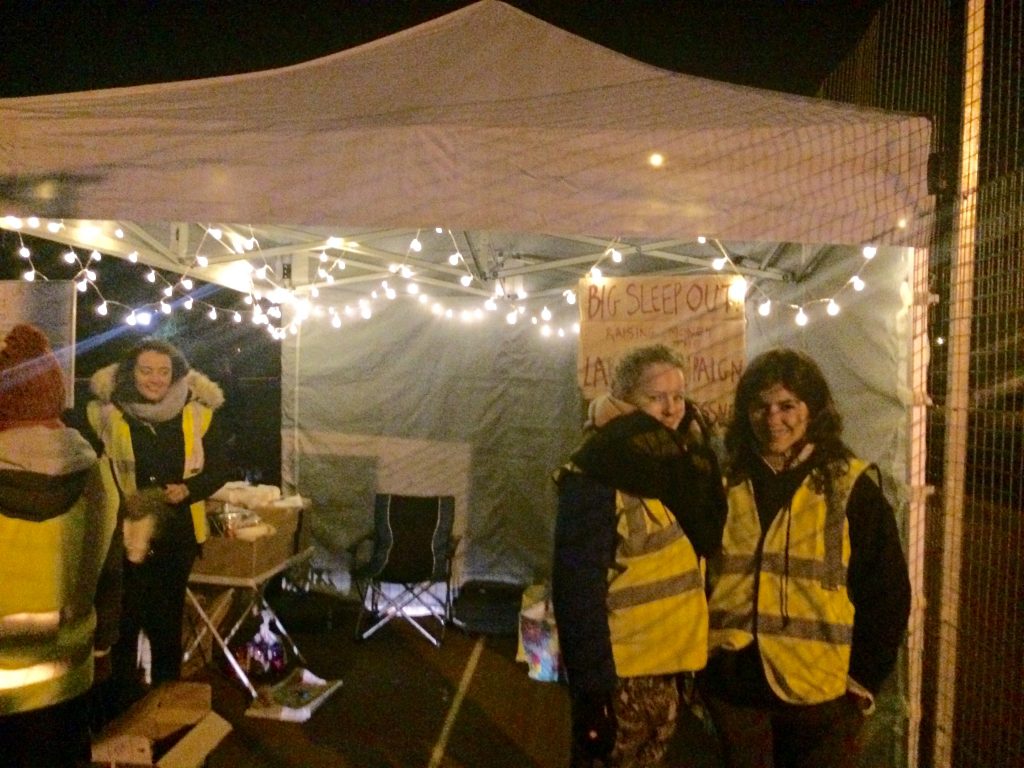 Did you enjoy organising the event?

I really enjoyed organising the event, it was an absolute pleasure to work with Sarah, she filled me with real hope from the very beginning that the outreach work I’d been doing was worth raising the money for and that we had the means to raise awareness amongst students regarding how much of a crisis our homelessness issue really is. The model for our event was based on the Big Sleepout that Trinity Homelessness Projects do annually that many RHUL students have been involved in (it’s a brilliant charity, check them out) and I think we pulled it off really well! It was a success because we had the support of friends who are as invested in the cause, a particular shootout to Eleanor Baker, Ollie Steadman, Tressa Belesi, Elodie Blanchfield and Grace Almond are in order!

What made you want to host the event in the first place?

Sarah approached me regarding raising awareness for female homelessness and starting a collection for sanitary products for myself and other volunteers to give out during outreach. We then thought that the Big Sleepout would be a creative and relevant way of raising cash for the Campaign. Having spoken on panels on the subject of homelessness before with people who struggled to agree with my philosophy on homelessness that considers housing as a human right and that we should focus on housing people first before expecting them to find work, tackle issues pertaining to their mental health or substance abuse, I’d grown cynical and believed that homelessness was not a priority for most; I’ve been proved wrong! 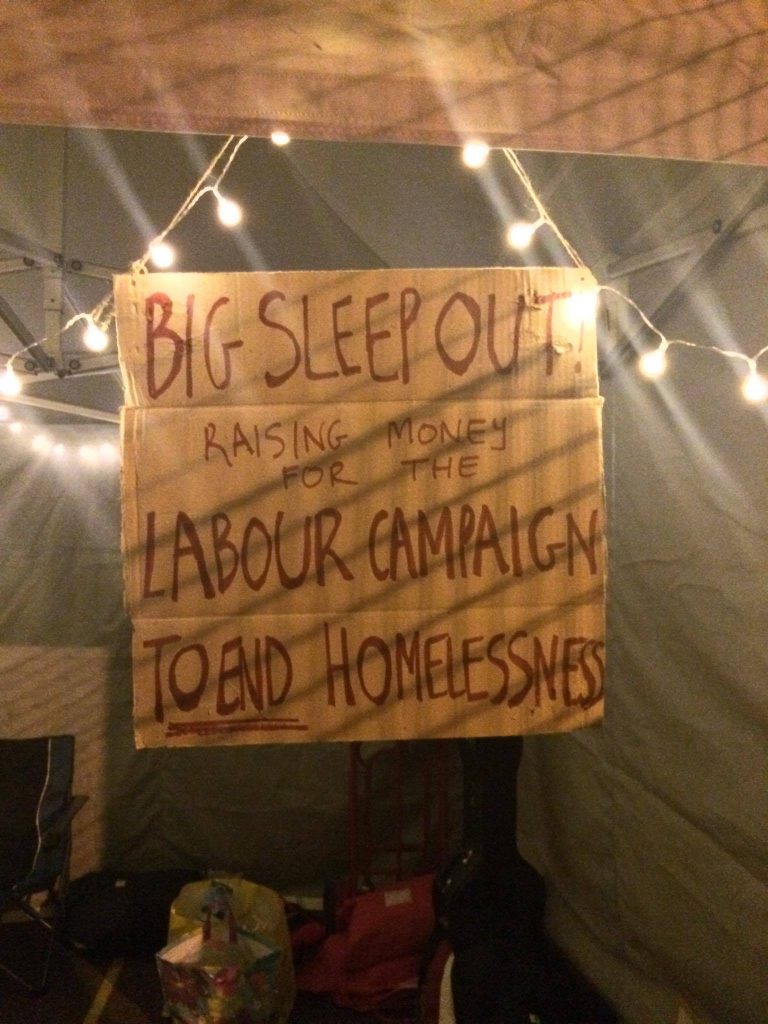 How did everyone cope with sleeping outside for the night?

The experience was wicked, everyone who came along was so enthusiastic to raise money and awareness, and they were just generally a lovely bunch of people. We had about 30 people in attendance, who all coped brilliantly with the cold and wet but of course, we’ve had so many people say that it’s given them a new perspective on what homeless people truly have to endure, based on their experience of just a percentage of what a homeless person does every night. I talk to people who are repeatedly urinated on at night, beaten up in their sleeping bag, I’ve met a man who’s sleeping bag was set alight whilst he slept and he suffered terrible burns. We dealt with a very diluted insight into a night on the streets.

How long have you been involved with the local homeless outreach programme?

I’ve been organising homelessness outreach and have been involved in campaigning on the subject for about a year now, and the Campaign was founded on the principle that we would endeavour to feed and clothe homeless people while actively campaigning to change policy on the issue. I plan to carry on doing so until we end the need to be homeless in this country. 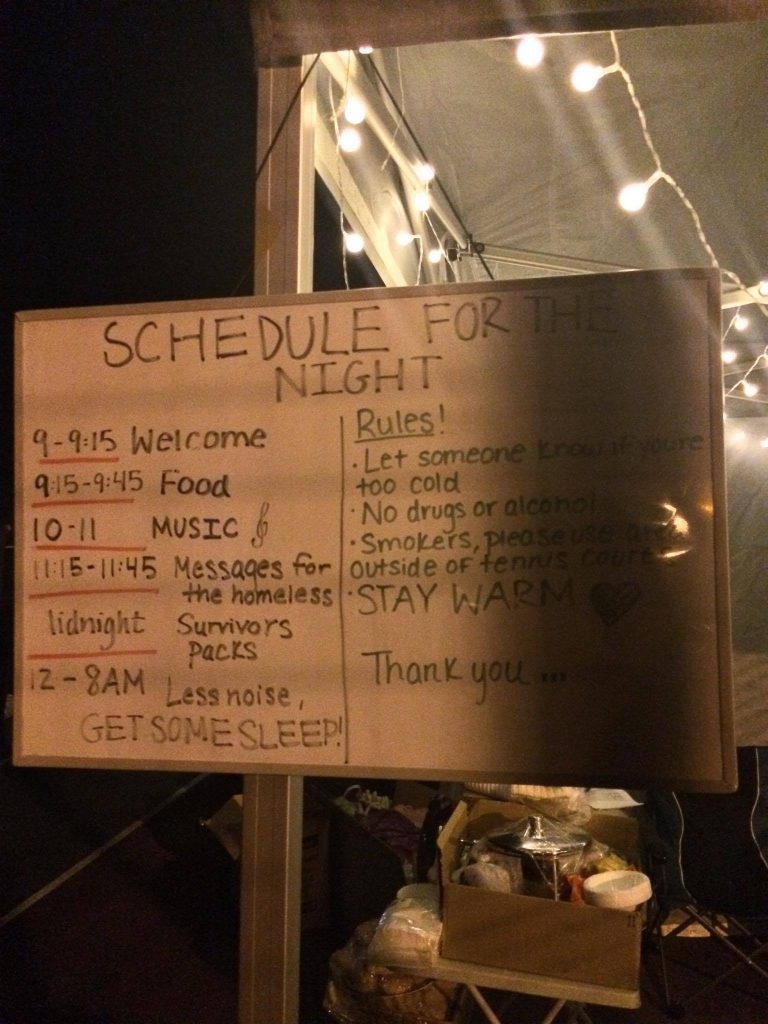 Did you have an estimate for how much money you hoped to raise throughout the night?

I would have never predicted how much we’ve raised, we’ve tripled our original fundraising aim of £500 so we’re currently on £1,680 which is just NUTS. With this in mind, I hadn’t planned for anything past that £500 so it’s going to be an absolute joy to plan the opening of hot food stalls, more outreach with more provisions, possibly even a means of sheltering people overnight – very, very exciting stuff! 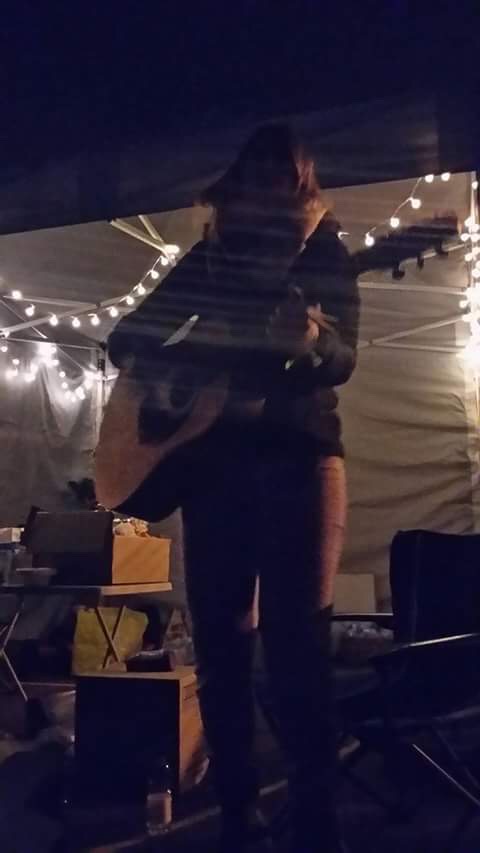 Did you have anything planned to entertain yourselves throughout the night?

The event started at 9pm, participants were given a box that would be their home for the night and people got very creative in the way they put their boxes together with other people’s for maximum warmth! Then we served food similar to the stuff we serve at our hot food stalls, then Sarah Ryan played guitar and sang beautifully for us, we had a bit of a jam session! Then we gave out the ‘survival packs’ Sarah Newell and Ollie Steadman had made up, with home made brownie, flapjack and cereal bars inside to keep people full throughout the night. Then it was bed time! And our stewards took it in turns to attempt to sleep, whilst the others stayed up to look after everyone. 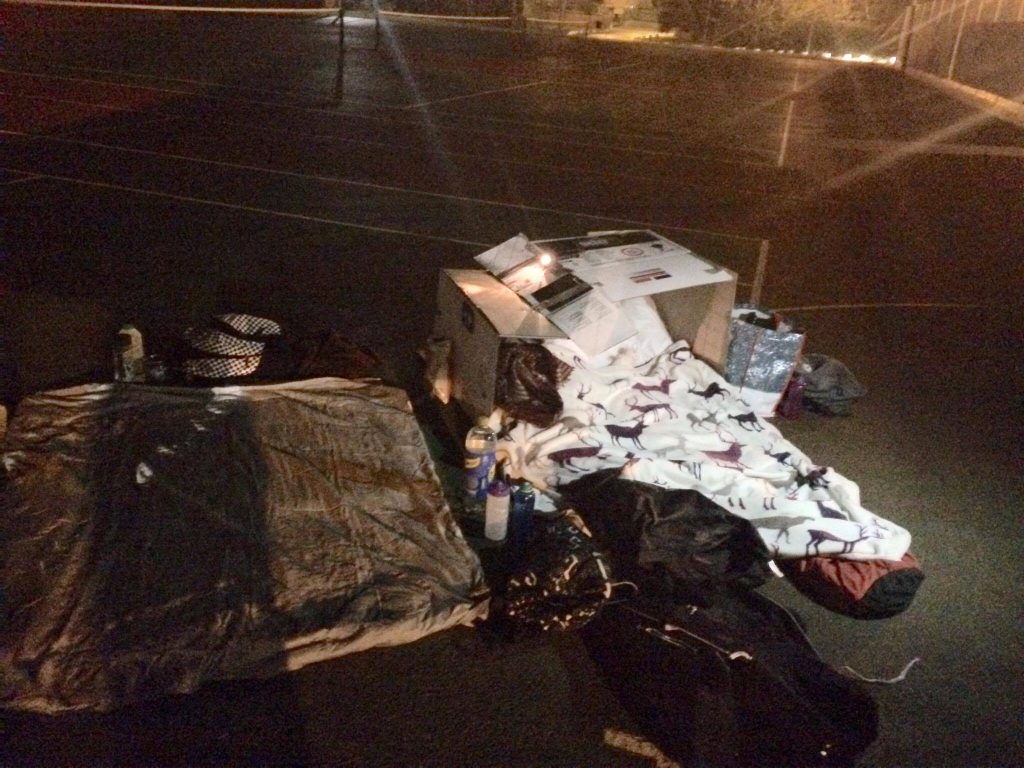 Do you think that you would ever hold another similar event in the future to raise money?

I would definitely do something similar again to raise money for the cause, maybe even attempt something on a larger scale! It’s a really cool way of raising awareness whilst raising cash because it demands people address the issue head on – nothing evokes empathy more than having to sleep in a box in the freezing cold. I imagine people came away more determined to be active in attempts to eradicate homelessness completely, because it is our responsibility to help those without a home, people don’t necessarily realise that it could very easily be them in the same situation. Seemingly minor life events like a rise in rent prices, or breaking up with a partner are the causes of the majority of cases of homelessness. None of us are immune to it!