The life and times of a Subway ‘Sandwich Artist’

Yes, it is a real job title

Sandwich Artist. My job title says it all, it’s almost as if corporate knew the phrase would  put anyone in my position in the firing line of  the lad’s banter and having to confront raised tone and eyebrows when the title is used against them: “Sandwich Artist? Seriously?”.

Artist in this context is the same as perhaps someone who would create modern art, like how an unmade bed is apparently art, but I guess to an intoxicated customer their foot-long BMT with double cheese is truly something to marvel at after sinking six pints and four Jagerbombs in the space of three hours. 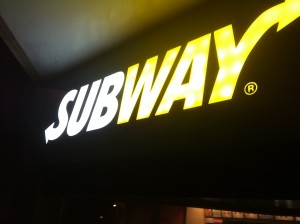 Don’t get me wrong, I enjoy making sandwiches and where I work, and if you called me a bitch and told me to make you a sandwich I happily would, providing you have the resources necessary to construct such a humble meal. But I don’t always enjoy serving future recipients of drunk and disorderly charges, as funny as their slurred speech is.

Now, I know what you’re thinking: “You chose to work there, so deal with it”. And you’re absolutely right, but when it’s the norm to see people engage in fisticuffs in a sandwich shop at half three in the morning on a weekly basis, it does provoke some mixed feelings about drinking culture, and the morality of serving three trebles for six quid (shout out to Bijoux). 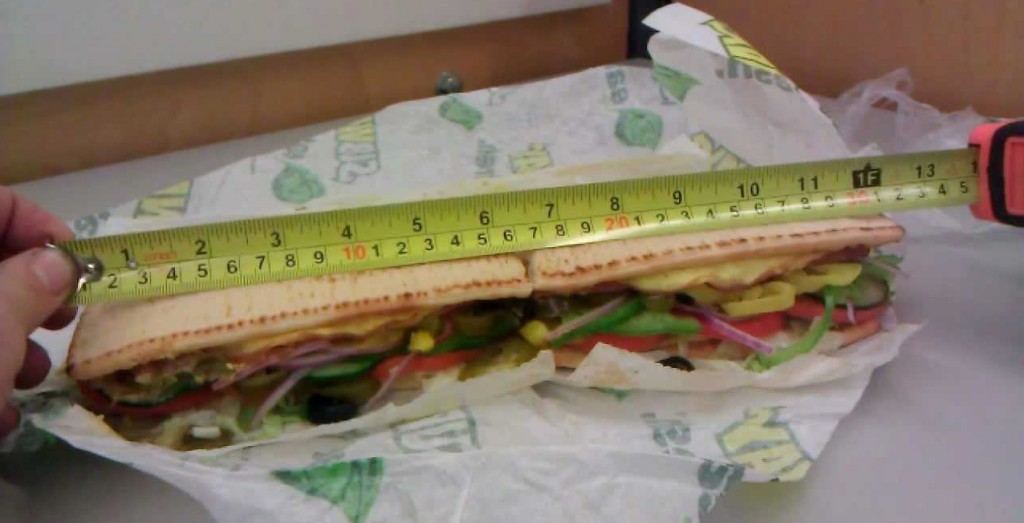 It seems to be a societal norm to treat fast food workers like crap after a few drinks, but I don’t know why.  I already know I work relatively shit hours, and that anyone could do my job – you don’t have to tell me.  Another problem that arises in serving the speech impaired and the paralytic at stupid o’clock is the queuing situation. As Brits, we take pride in moaning and queuing, these two things being massively entrenched in our culture. But not when the drinks are flowing.

A sort of crowd of sweat and shame appears in the shop, disputes arising over whether or not that lad in snap-back wearing an urban outfitters pendant round his neck actually did indeed push in. But detective work is not an outlet for those under the influence, so of course, physical confrontation is the only way to find out if someone skipped the queue. 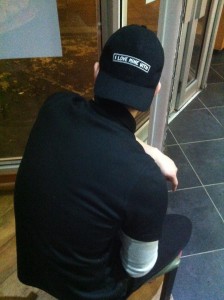 A seasoned veteran of the sandwich-maker platoon.

It’s not just the drinkers either. Mate, I see you left your jaw at Cosmic, go get it, come back and then we can have an intelligible chat about whether or not you want onions on your sub. And I’m not hating on drug users, you do you and I’ll do me, but if you saw what you really looked like outside the darkness of the club where you’ve had one too many “chin and tonics”, now bathed in the lights of the store and standing among others in an equally trashed state, you’d probably punch yourself.

No joke, one kid chewing his face off, looking about one key of sniff away from a comatose state, walked in and stood in the shop without ordering anything. For two straight hours. Being a particularly busy shift, I didn’t notice he’d been stood in the corner for the amount of time he had until it was time start cleaning, nearing the end of my shift. Why didn’t I do anything? The realm beyond the counter is not my domain, it belongs to the door staff (yep, there’s  bouncers on weekends, and it’s sure as shit a good idea considering how often things kick off).  All i can really do is shout, but it’s an incredibly poor communication technique that 99% of the time doesn’t work. 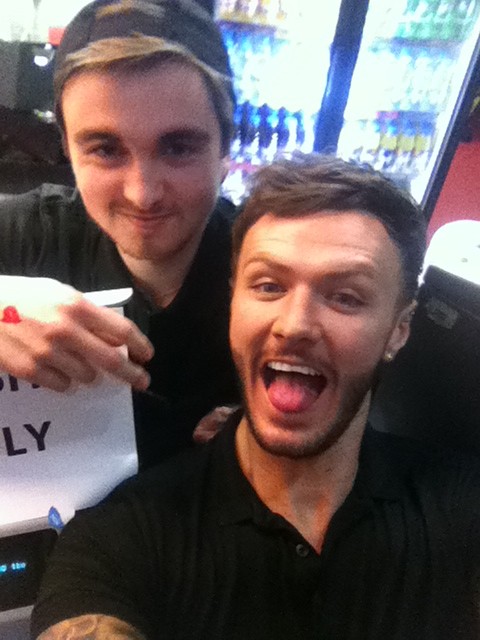 This article isn’t intended to direct hate at anyone who enjoys getting rat-arsed (it’s a forte of mine in all honesty) and grabbing a bit of food at the end of the night, it’s intention is to highlight how some people look from the view of those across the counter. When you’re drunk, you couldn’t give two shits about what people think. But perhaps withhold the rudeness and talk to staff as if they were humans. You wouldn’t be as brash or loud or  rude if you were sober, so why is being shit-faced an excuse? Etiquette, people. Who knows, I might even send you a few extra meatballs on the sly if you’re particularly nice.