Everything you’ll go through living in a Northumbria house

It’s that time of the year: time to panic, identify some course-mates you’ve known for less than a year and club together to find somewhere to live.

It’s a mundane process and we’ve all been there but nevertheless, we make that pilgrimage to the tacky offices of student letting agencies to sign their tenancy agreements they probably downloaded off the internet.

Before you move in:

At this point there is a sense of anticipation, often met with redundant statements by your fellow housemates-elect such as “this will be our year” and “we’re going to tear it up, mate” – all of which paints a picture of something between the next hottest rap sensation and a deluded Liverpool fan. But nevermind – it’ll be fine once you’re in the house!

When you move in: 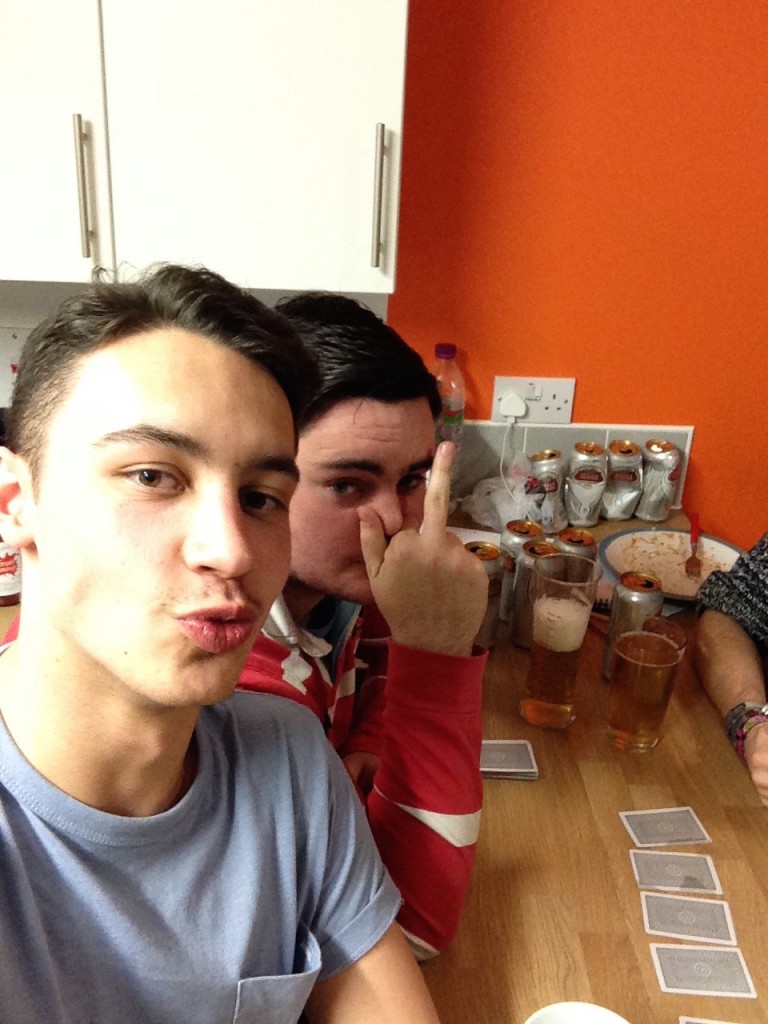 You love me really

You all make a positive start, everyone bathes in the joyous honeymoon period. Yet, before long things take a turn for the worst and you begin to question whether that lad that you thought did a hilarious rendition of George Michael’s back-catalogue at the karaoke was really a sensible person to live in the same house as. After only weeks of living together it is now abundantly clear that you really can’t deal with the less endearing facets of your house-mates’ personalities.

First there’s Jimmy Stickler. Now Jimmy, being a stickler and all, doesn’t really like sharing his kitchen utensils, or his phone charger, or your communal bathroom for that matter. There’s no chance of him lending you a pound for a plastic eat4less baguette either. Initially you think he’s evidently just a private person but when you come down for breakfast to find an invoice on the coffee table for the 16.5p worth of his milk you used for your weet-a-bix you realise he’s nothing more than a pain in the arse.

Then there’s Simon the Sloth; this guy may as well be referred to as the Sloth because he’s about as proactive as a snail on its day-off. He’s utterly incapable of doing anything on time, he certainly never makes it to his 9am, and god forbid he should ever clean up after himself when he has finished cooking his chicken dippers in the oven. Afterall, cleaning is something your mum (that lives more than an hour away by train) does for you anyway, right? Thanks for leaving me some breakfast in the bathroom

Cleaning and having an active part in the house is one thing. Making it to Digi Mondays is another matter entirely though; like a phoenix rising from the ashes, Sam the Sloth rises from beneath the lethargy of his food-encrusted duvet to get his drink on. Truly miraculous. The one you forget about

Most peculiarly, there’s the elusive character that never seems to leave his room. You can barely even remember his name, you think he studies business marketing but you can’t quite remember. For all anyone knows he could be dead, and the smell carrying down the hallway from his room would have you believe so. Alternatively, he could have been kidnapped and held hostage by NoS dealers in Fenham. In any case, he stays out of your way so you’re not about to complain – it is equally unlikely you’ll ever speak to what’s-his-name once you move out anyway (NB: Please note that it’s advisable to check on these characters now and again to ensure they actually are still breathing).

And finally, after you’ve spent a year of fun and games in your cold and dank ‘home’, you clean it within an inch of its life in the hope of getting your deposit back. This is a false hope; there was never any chance of you getting it back. Remember the edge of the kitchen work surface that chipped off? Well the extent of the damage was worse than we first thought so the whole kitchen had to be ripped out and replaced. Of course, there was also the cream carpet – still stained with blackcurrent from the previous year – that’ll need to be cleaned on your account because we forgot to get it done before you arrived and there’s nothing we can do about that, sorry.

The blue-tack dots that end up costing you £200:

That’s without even mentioning the blue-tack marks left on the wall by your god-awful Dirtiz promo poster. 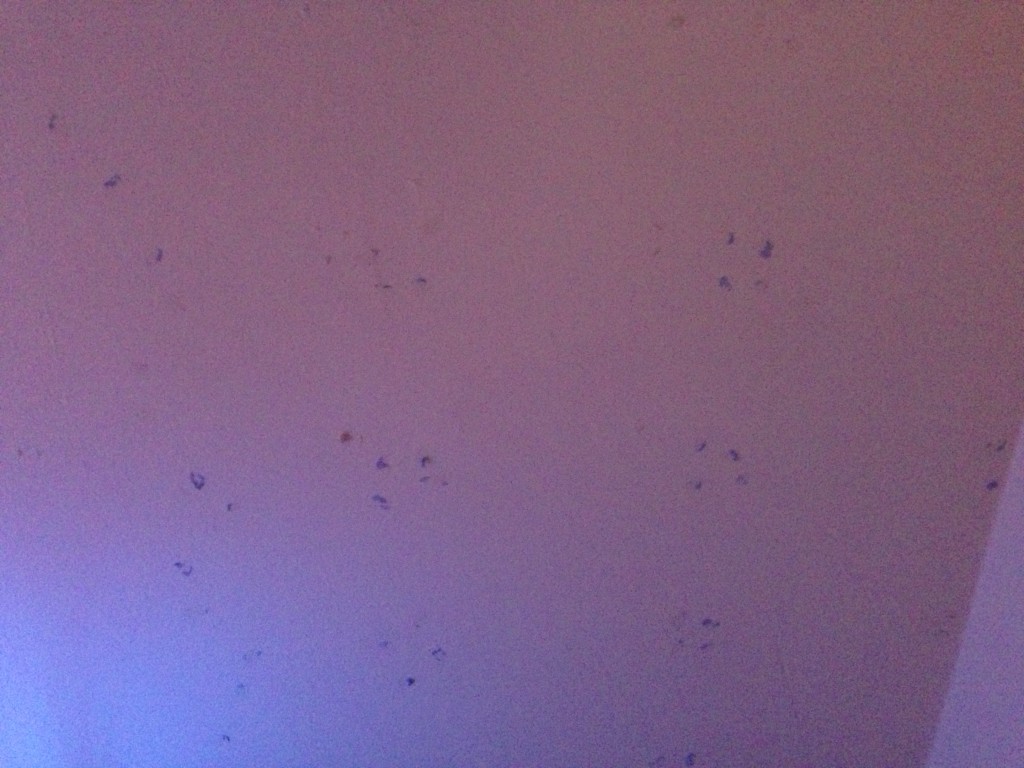 I swear they were there when I arrived

Ultimately we learn that living with your friends is precarious business and something that you’ll be lucky to make a complete success. It may even teach you to tolerate the behaviour of others, not to mention highlighting some of the annoying shit you have a habit of yourself. Saying that, it probably won’t – at least you’ll all have amusing anecdotes to exchange on your grad scheme though, right?