Produced by Vaishnavi Mohan, Sweeney Todd is all about power dynamics in society and relationships illustrated through perfectly timed comedy contrasted with savagely dark moments.

Director Mabel Moll, along with her assistant directors Joey Jepps and Sam Hegedus, did an amazing job in maintaining these themes consistently throughout the show. Subtly re-adapting the context of the plot in an era of political tension – 1979 just before Thatcher’s election – added to this. Furthermore, the tactical and symbolic red or green lighting contributed to creating a gloomy, somewhat gothic setting. Contrasted with the regular use of white in both costumes and further lighting, the show successfully communicated a plot about corruptness vs purity.

It's a testament to the acting of Adam Haddour that we are successfully able to sympathise with evil protagonist Sweeney Todd. Haddour delivered his performance with a sense of subtle modesty, whilst maintaining an authoritative stage presence. The female lead, Mrs Lovett, was a challenging character to take on but Sephora Parish really did her justice, managing to nail the comedic timing perfectly. 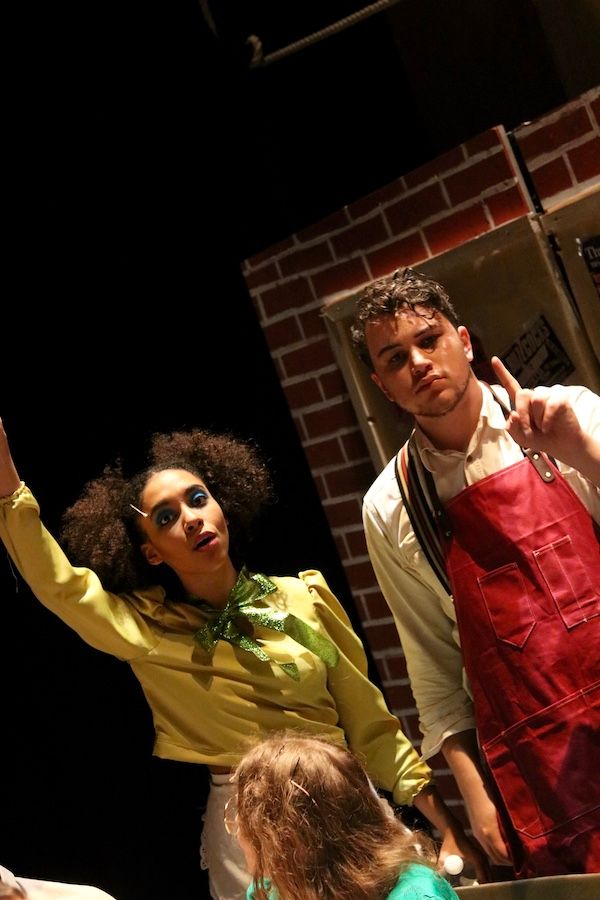 Other special mentions should be given to Abel Law's performance as campy barber Pirelli, Liv Olphin's impressive vocal range in her role as Johanna and Ella Fidler's sometimes hilarious, sometimes creepy Toby. Their characterisation, singing and acting talents were incredibly memorable.

The ensemble tackled challenging harmonies and rhythms in synchronised performances. In certain parts in the show clarity of lyrics, the choreography and their role on stage weren't entirely effective, but when they succeeded they truly shone – "Fogg's Asylum" in particular gave me shivers and goosebumps.

Finally, the musicians deserve big recognition for so adequately delivering Stephen Sondheim’s at times temperamental score. Yutong Zhang and Thomas Rowe are obviously very able musicians and it was a pleasure listening to the band. From one clean cut to the next, one becomes more and more invested in this rendition as it progresses and after which one is merely left with the recurring, symbolic train whistle ringing in one’s ears.

All in all, UCL Musical Theatre Society's production of Sweeney Todd did not disappoint. The show took the audience through a captivating range of emotions, with the aid of a strong and talented cast. A huge congratulations to every single member of this production for the amazing commitment and their successful deliverance of this powerful piece!