UCLU Water Polo narrowly missed out on doing the double over King’s in Shadwell on Sunday night. 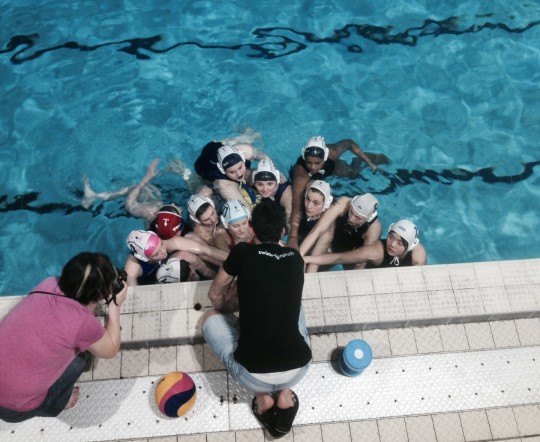 A sport that might be described as the misbehaved lovechild of swimming, football and rugby, water polo often proves aggressive, and Sunday’s inaugural Varsity clash was no different as the women’s and men’s teams gave it their all in an effort to be installed as the royal family of their watery niche.

It was up to the women to kick things off in front of a considerable crowd, and UC repaid the faith (but, unfortunately, not the DLR fare) of their travelling support by going one up within seconds thanks to Sabreena Lahie.

UC goalie Aeron Brown managed to keep King’s at bay with a fine save, but before long, her side’s enthusiasm got the better of them, conceding a penalty that King’s converted to level the scores. It was clear that both sides were foaming at the mouth for a slice of that delicious Varsity pie.

The first period continued in this vein, with quick and skilful play at both ends. Hansy Shore managed to pull off some impressive aquabatics from a tight angle to give UC the lead again. As soon as UC managed to extend it, yet another penalty was conceded to King’s, which, frustratingly, they were wont to convert.

Another goal from UC meant that they were on top going into the second period. 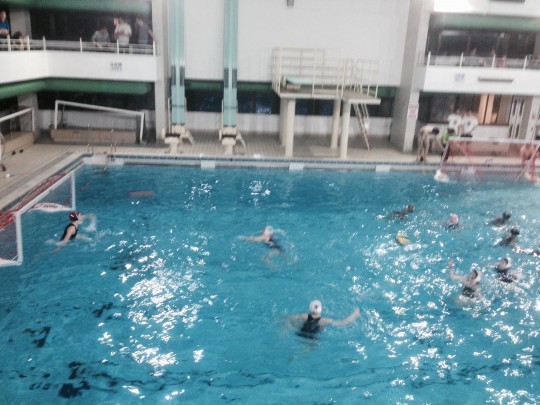 The water slide is just out of shot

UC’s lead certainly didn’t lead to complacency, and they started the second period just as they had started the first – by smashing another goal into the King’s net. Much to the delight of Strand Poly’s vocal support, however, King’s got one back, and pulled themselves back into contention with their strong counter-attacking play.

Otherwise, they didn’t look especially threatening, and UC managed to eke it out to 6-5 going into the penultimate quarter.

Maybe it was the fumes from the chlorine in the pool, but King’s failed to react to UC’s strong opening play once again, and the woodwork took a battering twice in quick succession as their rivals looked to put the game to bed. Hansy Shore made it a hat-trick to take the scores to 7-5, showing the tenacity of an angry piglet in her build-up play.

Once again, however, King’s refused to take it lying down (for ‘lying down’ read ‘treading water’) and almost out of nowhere managed to narrow the margin to 7-6. They were unlucky not to level the scores before the start of the final period of play, with a good chance ending up going wide of the mark.

In a flurry of end-to-end, gung-ho attacking play, UC scored twice in quick succession and the gulf in quality began to show.

Although King’s weren’t done fighting and managed to pull another goal out of the bag, UC asserted their dominance and made it 10-7, giving them the sweet, sweet advantage with the end in sight.

The final quarter began, and a crazy long-range shot from King’s found its way into the UC goal and set the tone for a tense finish. Another King’s goal made UC’s lead look even more unstable, but, much to the disappointment of the King’s crowd, UC scored again, and by now the game was more or less theirs to lose.

Amid goalmouth scrambles and impassioned scrapping, a close range King’s goal slipped in, and a time out was called with a minute to go. A welcome bit of respite re-invigorated UC, who scored a screamer to widen their lead to 12-10.

King’s reply was too little, too late. A close game, but UC had been calling the shots throughout. This slice of the pie was en route to Gower Street. 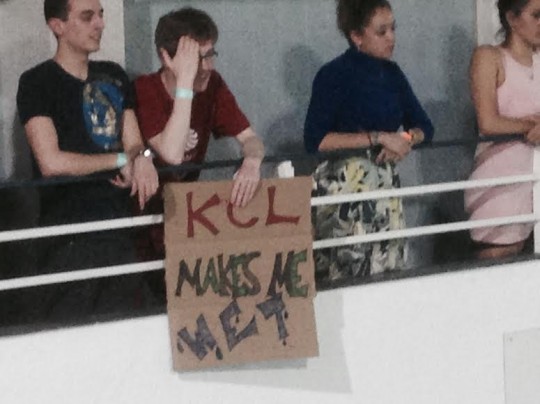 *The* funniest thing anyone has ever done

After their stablemates ended up triumphant, UC’s men looked to give King’s the same treatment. Unlike the manic free-for-all that the crowd had been treated to earlier, the game began altogether more tentatively, with both sides evenly matched from the off.

King’s managed to narrowly edge ahead with a tame shot from close range. UC were unlucky not to go ahead – the King’s keeper was the man to beat on the night, batting away screamer after screamer with a string of impressive saves.

Despite some deft handling from both sides, the King’s Alamo was impenetrable and entered the second period with a two-goal lead, where the tense war of attrition continued.

UC went on the attack, and managed to get on the scoresheet with the via deflections off the surface of the water, and the King’s goalie. Back in the game, UC had a new lease of life, and before long they levelled the scores and then went ahead.

Unsurprisingly, King’s were strong again from the restart, and made it 3-3 at the halfway mark. 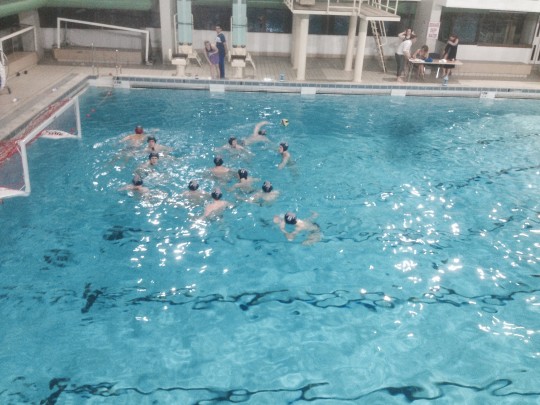 Both sides worked hard to keep their adversaries at bay, with impressive displays from both goalies and aggressive defensive play. King’s scored to extend their lead, and then again with a cheeky lob over the head of UC goalie to take it to 5-3.

With a quick UC reply making it 5-4, King’s went on the offensive and scored again, before a well-coordinated play from UC took it to 6-5, with everything to play for as Eye of the Tiger boomed around the inspiringly sterile venue (if they weren’t doing it to win the Varsity title, they were definitely doing it for Adrian), as good a municipal pool as either side could have hoped for.

UC tried time and time again to take the lead for the first time, and very nearly did, rattling the bar and going level to make it a very tense finish indeed.

Unfortunately, King’s had the upper hand, and managed to secure a definitive 7-6 lead just shy of full time, with some agonising near misses from UC meaning that King’s, a league below them in the BUCS pyramid, ended up victorious. 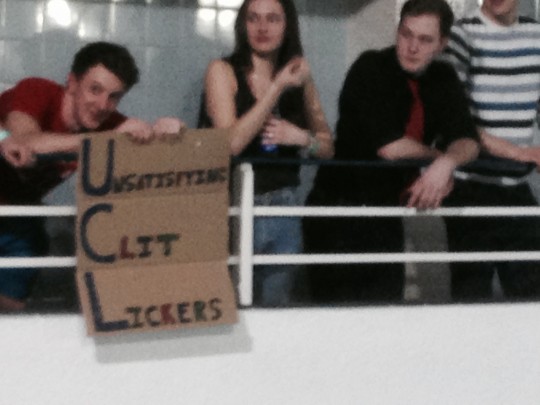 So that’s what it stands for…

Results in the Water Polo made it 4-2 to King’s in the Varsity standings.