Thank u, next: These are your best messages to your exes this Valentine’s Day

It's Valentine's Day this week. Some of us are loved in happy couples and have been looking forward to this day for weeks, others have been dreading it. However, in order to show you singletons you're not alone, we asked you, the students of Liverpool, to tell us what you'd say to your ex girlfriends and boyfriends now if you had the chance. Some of you just wanted to take swipes at cheaters, some of you had some really worrying family issues, and some of you have just been downright hurt. People are trash tbh.

This first submission is our favourite (is that even the right word?), we feel for you, but you simply have to laugh, right?

"Hi .. ex. It’s been a while, we haven’t spoken in over three years. Did you really have to date my brother? I know you guys are married with kids now, but it really makes Christmas awkward. Ignoring you both. Mums crying. Dads drunk. Was it worth it?"

This is possibly the worst. It's bad enough to be heartbroken, but this takes the cake.

"I may be heartbroken that I’m never gonna see you again, but my blood boils even more knowing you’ve got my Tupperware and you're not sending it back to me you freeloader." 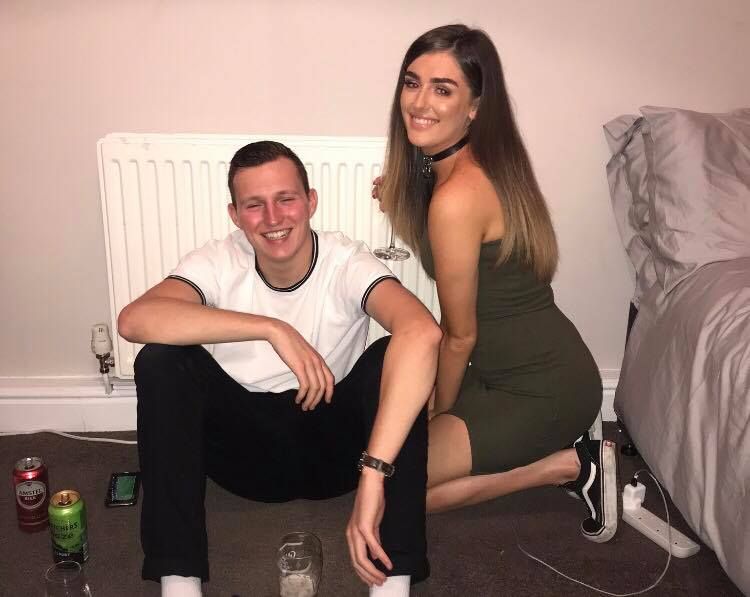 Pro tip: shutting your eyes shuts out the pain

A poke at a unfaithful ex

Plato once said that "at the touch of love, everyone becomes a poet". But in reality, there's actually nothing more poetic than a sly dig at a cheating ex.

"Thanks for wasting the last year of my life, but hey – at least your receding hairline is someone else’s problem now xoxo"

Another example of men at their best

You'd have thought that after you fucked someone over, you'd never contact them again. It wouldn't make anything any better, but at least it would be polite? You'd also have thought that you wouldn't message that someone looking to sleep with them even though you've started seeing someone else. Apparently that's not always the case.

"To my ex, if you thought that I was still gonna lose my virginity to you when you cheated on me five times whilst I was in America (with the excuse that it was results night so you had to) then you can fuck right off. And oh, hope your girlfriend of nearly four years knows that you messaged me to meet up for a shag around the time you guys got together"

We just want to hold you

Dr Seuss said that you know you’re in love when you can't fall asleep because reality is finally better than your dreams. But this, this is the stuff of nightmares.

Thanks for psychologically abusing me while at the same time making me feel like it was all my fault. Then when I finally got the courage to break up with you decide to turn all my friends against me and then start dating the girl I was worried you were gonna leave me for. You taught me exactly what I don’t want in a man xoxo"

All the best shots at an ex involve the bedroom

It's succinct, and it works.

"As soon as I learnt with other guys that foreplay is even a thing I immediately got over you."

Our final submission is another fine example. Apparently, despite no longer having anything to do with this girl, her ex boyfriend felt he had a right to tell her what she should post on social media. 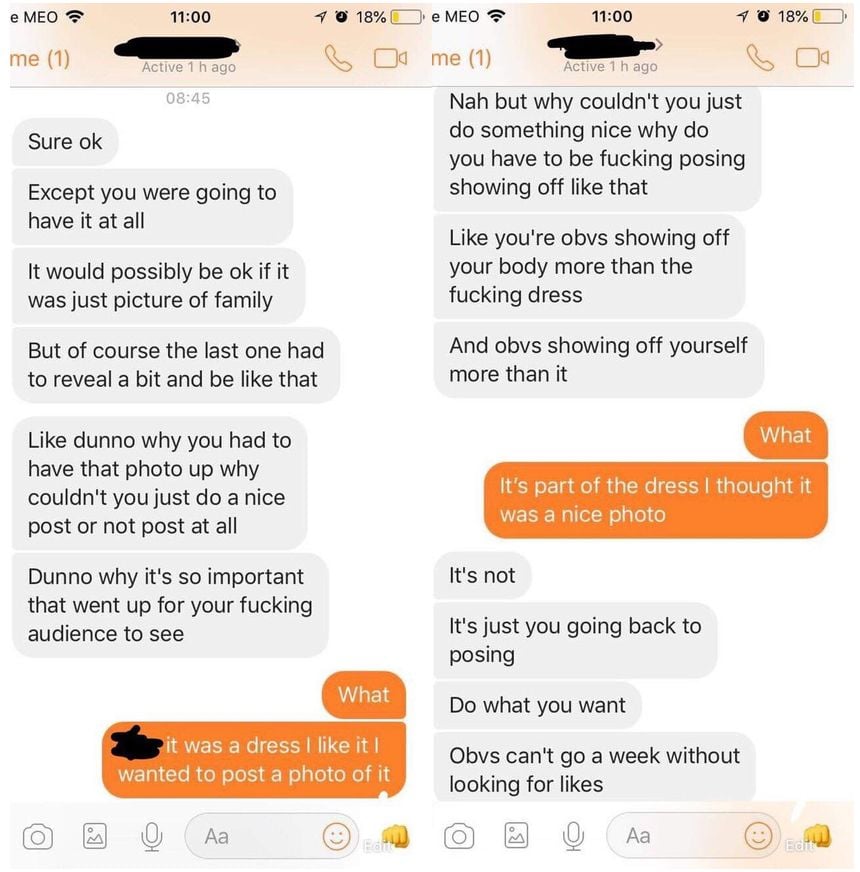