Multiple students' cars have been vandalised after parking on the road along Foss Dyke river, behind Lincoln Courts Student accomodation, the Lincoln Tab can reveal. The most recent case of vandalism to cars in this area involved "stones, mud, and plant pots".

Yasmine Chajid, an English and history student, says that she left her car parked on this road, and came back to find that her window wipers had been pulled up, and someone had written 'NO PARKING' on her windscreen.

Later in the week when she returned to the area, she saw that other cars had been vandalised. She posted this on the Overheard at University of Lincoln Facebook page, as a warning to other students. 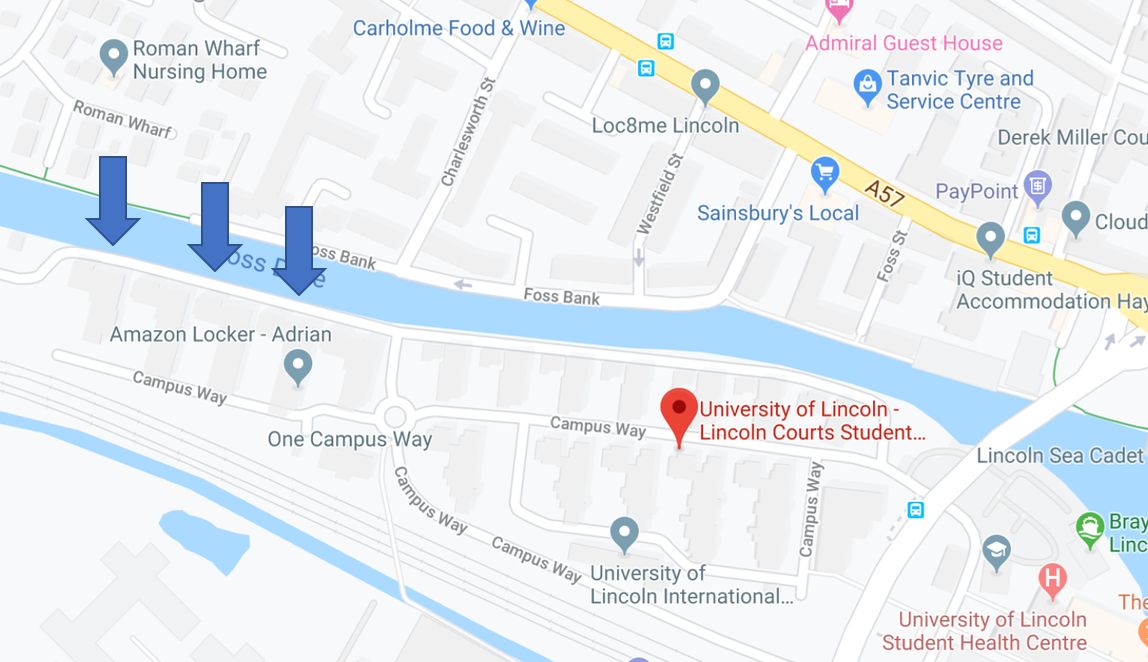 The road where these acts of vandalism happened.

The Tab is aware that cars along this road have been vandalised on serveral other occasions, too. When this incident was reported on the Overheard at University of Lincoln Facebook page, many other students recalled similar experiences. 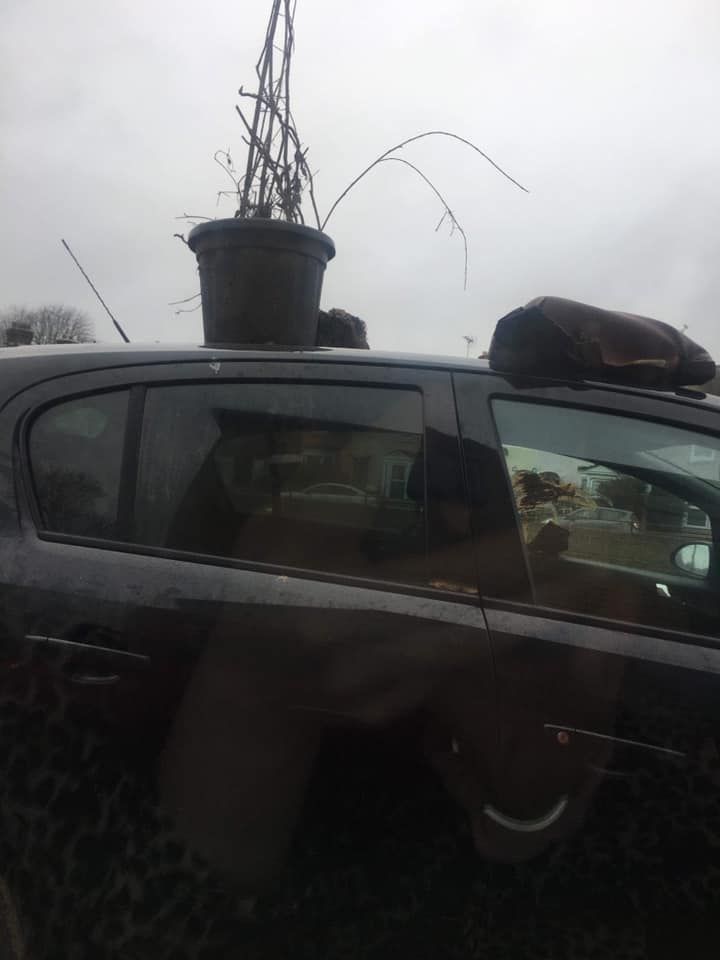 One of the more recently vandalised cars

Many students suspect the same man, as they allege that he has confronted them about parking there in an aggressive manner previously. He has been nicknamed "boat man" by many.

One student, Becca Miller, said: "My friend came to visit the other weekend and pulled up and parked. The man said “do they not teach you to read at uni mate it says no parking” to which my mate said he wasn’t a student. The man then changed position on the situation and welcomed him to park there!" 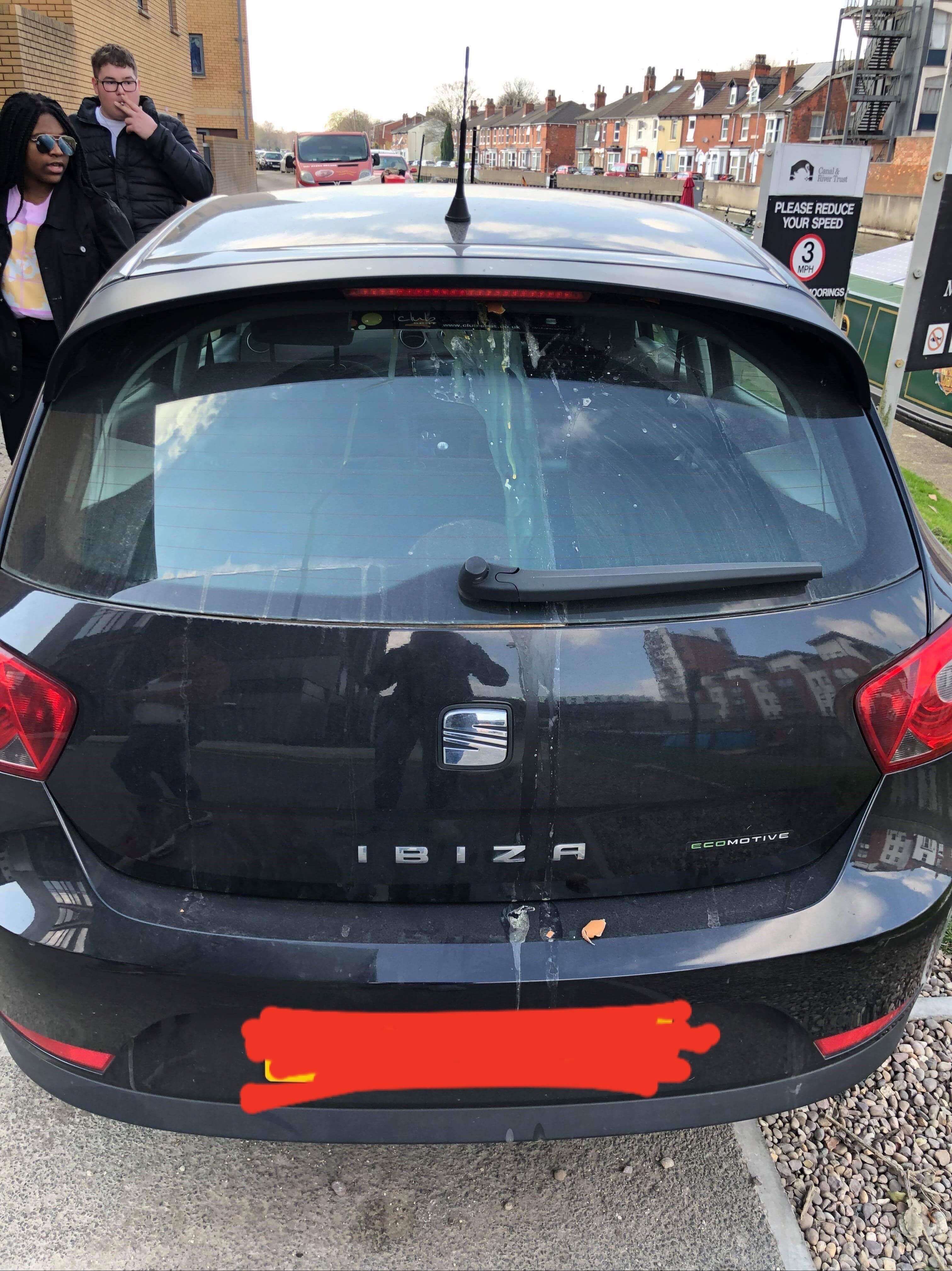 A car damaged earlier in the academic year.

Many students have called for the university to provide parking for students commuting.

Yasmina Chajid‎ said: "It is outrageous that there is no safe parking provided by the University for students that commute".

This issue has also been raised within the Students Union.

Lincoln University have said: “The University of Lincoln is a city-centre campus and as such parking spaces are limited. Due to the limited parking facilities on campus and to reduce our environmental impact, we would encourage both staff and students to utilise public transport where possible. We also provide secure bicycle storage areas for those wishing to cycle in.

“Any student wishing to park their vehicle on the Brayford Pool campus can apply for a student parking permit to avoid being fined. Student parking permits are valid between the hours 16:30 to 03:00 Monday to Friday and 06:00 to 03:00 at weekends. Students who live in Lincolnshire and commute into the city can also apply through Student Services for the commuting travel grant to help contribute to travel costs.”