As awful as the result of the election may have been for some of us, the atmosphere at Old Bar last night was pretty special – despite one student being escorted out by security.

I was unsure about watching Dimbleby and co in the union’s finest drinking establishment. I was expecting a tepid atmosphere with only political nerds left propping up the bar by three in the morning.

As it turned out, everyone was there.

The mood was temporarily interrupted when a Labour voter swung for a Green Party supporter for saying “Thatcher wasn’t actually the devil”. He was swiftly escorted out. OB was transformed into a sweaty cauldron of pints and politics. The room, as you’d expect, was dominated by the lefties who gradually became quieter throughout the night. 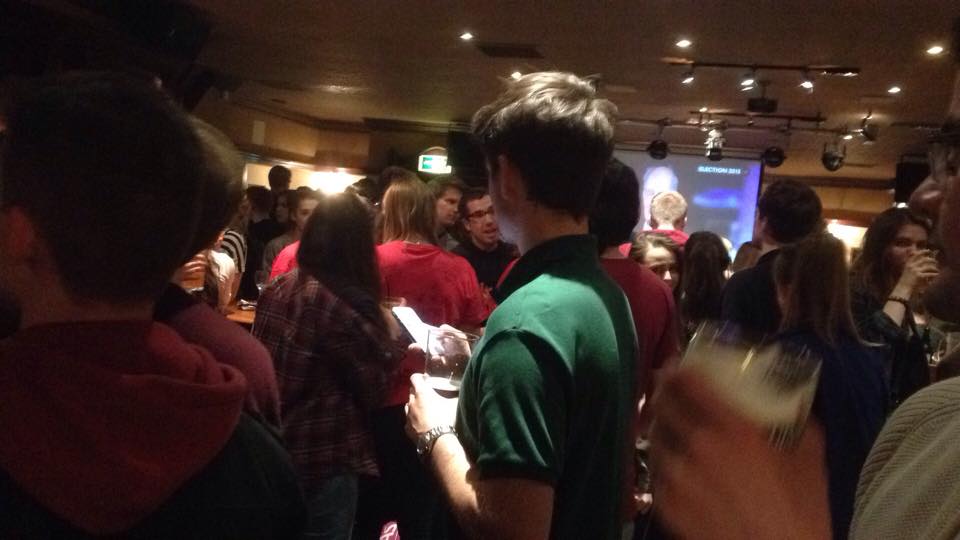 Just me and the squad

A wonderful buzz of anticipation about events in South Thanet, Leeds Central, Vale of Cwlyd and 647 others seemed to diffuse any ideological tension in the air.

One Green party voter and Leeds alumnus, Rio Overton, did tell me: “I’m hating the Tories in the room. If I wasn’t a woman I’d probably be laying some punches” 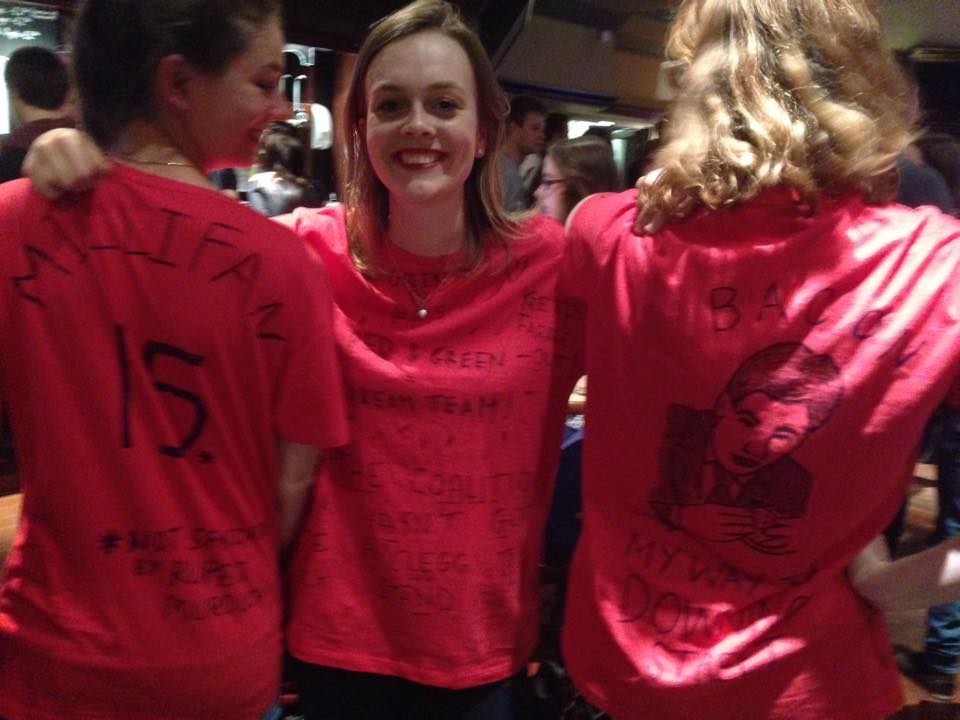 It just doesn’t seem like it’s going to happen though. The plentiful beer mixed with a “Fuck the Tories” gallows humour on behalf of the majority of punters made for an enjoyable and actually rather lovely vibe. Dishface Cameron was going to get in, Millibae was going to have to resign and Sheffield Hallam betrayed us all by keeping Clegg in, but it was okay because we were all getting drunk together.

Every conversation seemed to turn people into Nick Robinson. Half-cocked opinions began with phrases like, “But the thing with the Tories is…” and “Well obviously, the Scottish referendum…”. Normally, I’d find this to be tremendously tedious but it was tolerated because everything was just so nice.

To borrow a phrase from the Prime Minister, it was like we were one “big society”, and not in a bullshit way.

There were some who were clearly out of their depth when it came to politics. Fresher Jack Titlin asks me: “What does IND stand for? Is it the Indian Party?”

As the night progress, the cheers for Labour holds got quieter and the enthusiasm for booing any Tory who showed their face on screen waned. 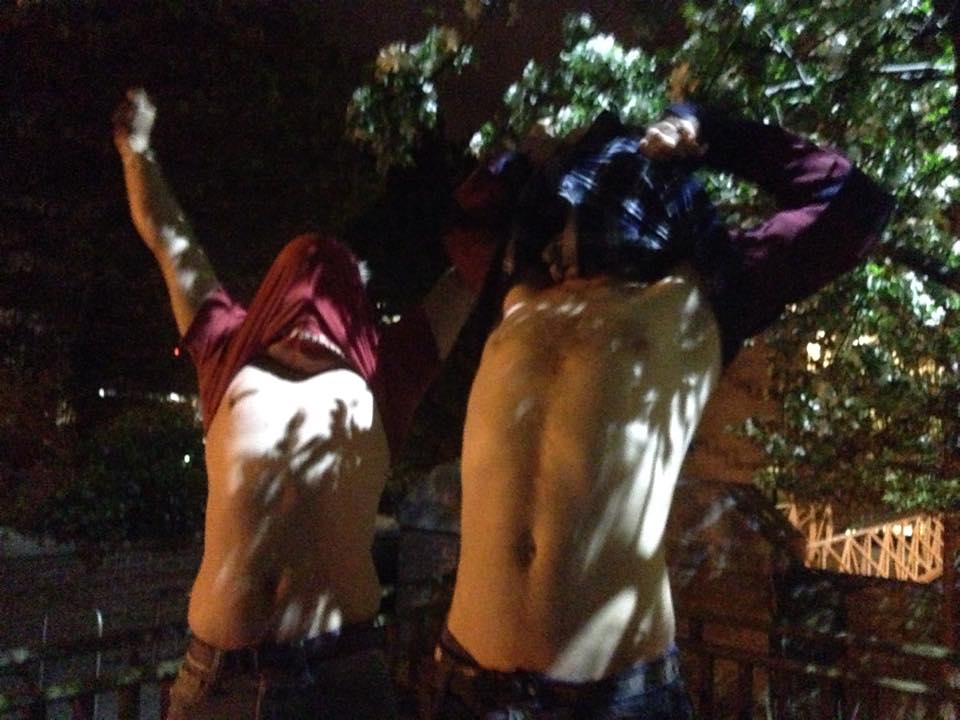 These gents voted Green. They bought me a pint.

There were the pocketful of Conservatives who stayed up the entire night and revelled in Labour’s ‘Red Wedding’ night in Scotland. Thankfully, none of them were complete dicks about it.

Tory supporter chatted with Green supporter, Labourites laughed with Lib Dems and I swear I saw a UKIP voter get off with a Monster Raving Loony by the pool tables.

First-year Dimitris Kouimtsidis summed it all up: “Everyone’s excited, everyone’s in a good mood, there’s not that many Tories around. It’s great.”

It did take a great deal of endurance to stay until the 6am closing time. By this point the floor was caked in sticky alcohol and the hardy souls who had lasted the duration were glancing out the window to remind themselves what sunlight looked like.

It was like a big night at Fruity, except with perhaps a bit more Jeremy Vine. 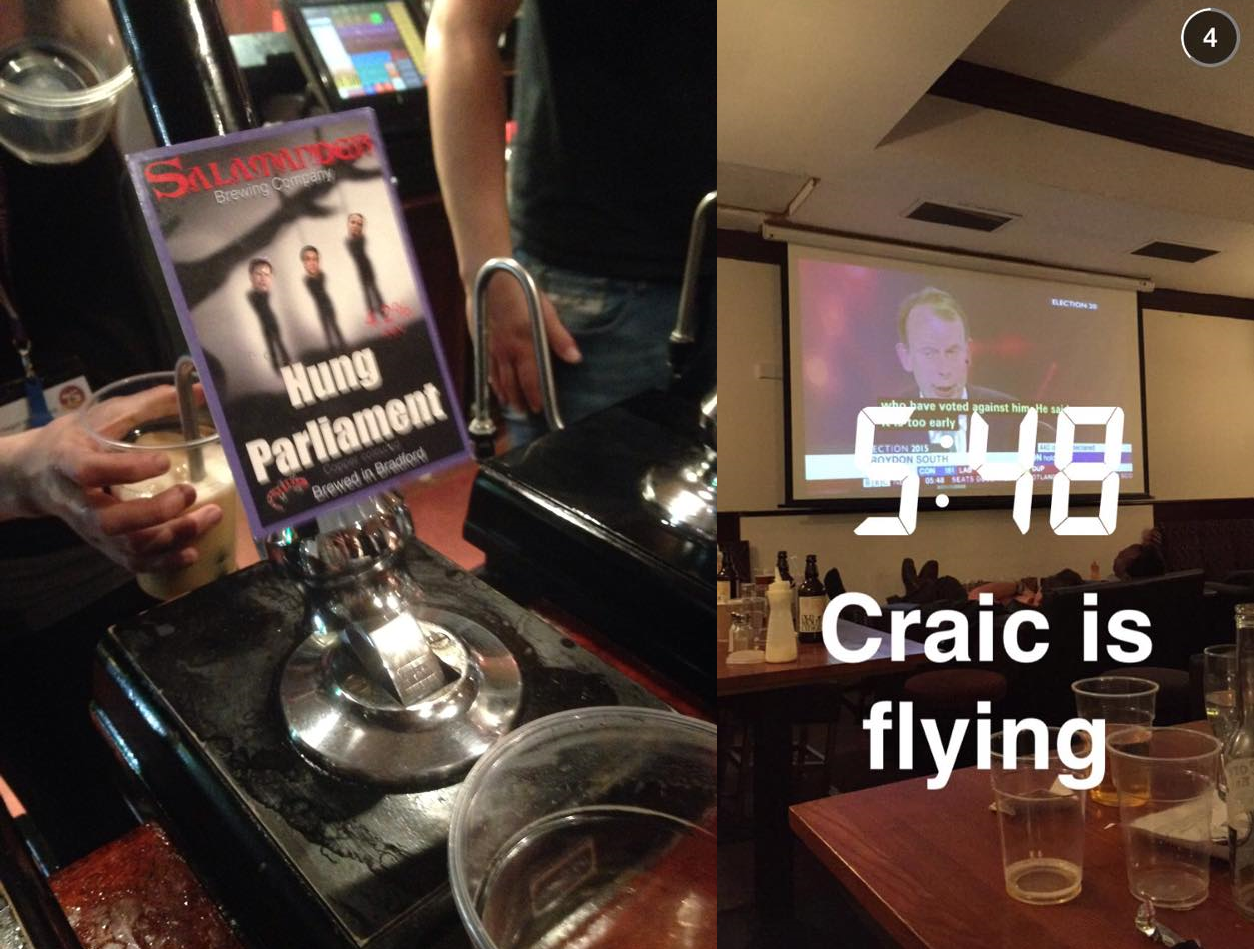 Spending eight hours in the pub watching those Bullingdon bellends surge to victory may not seem like a perfect night, but this was something else. Mingling with BNOC and SNOC alike made me really happy so many people gave a shit about this election.

Old Bar, you were on top form last night.