In this fight for Black Lives Matter, I have never been more proud to be black

Strength and resilience are the greatest elements of the black community

In a time where we are striving for progress, in my private messages I’m debating and arguing with classmates, close friends and acquaintances about the basic principles of Black Lives Matter. Understandably, I like many have become increasingly frustrated with the unproductive conversations and backlash to the point of complete anger. Regardless of the outcomes of these conversation, I continue to wear my blackness as a badge of honour.

Overnight, the black community assembled to fight what was on the surface, a specific injustice. Let us take a moment to appreciate not only the speed, but the way in which black people are demanding change. This mass scale of black outrage over racism is long overdue. We have fought racism long before George Floyd and will continue to fight it even after our social media is no longer centred around support, allyship and content for the Black Lives Matter movement. To clarify, one has to applaud the resilience of black people in the modern world. Simply look at America, many black people who march today are descendants of those who fought for black lives in the 1960s. Some who marched in 1960 and march again in 2020 against the same injustices. They seek not revenge. They demand freedom, equality and justice. 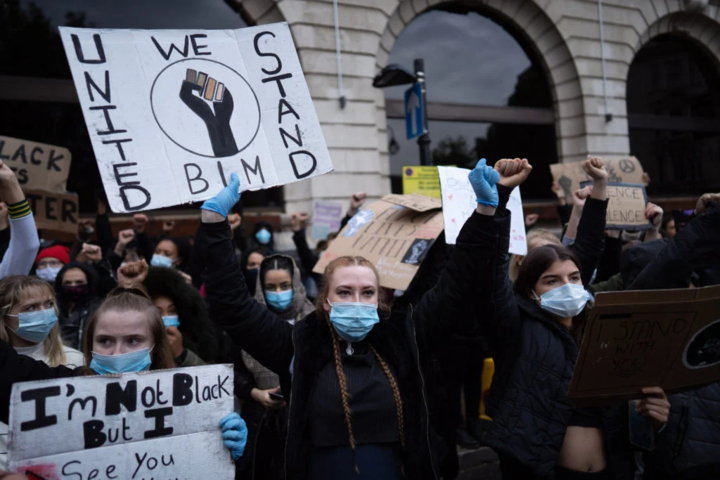 The surge of posts, videos, photos and overall content of Black Lives Matter has completely transformed not only my social media, but the social media of many people all around the world. The video of the brutal treatment of George Floyd by police officers in Minneapolis, Minnesota went viral on the 25th of May 2020. The death of black American civilians at the hands of white police officers or white supremacists is not new. Somehow, there was ‘something different’ about this video, the heinousness of the officers accompanied by his plead for help, sparked outrage amongst the black community and beyond. No more injustices. No more with a system that lets cops get away with killing black people. No more with a system that oppresses us. No more racism. Protests now take place in all 50 states, and the Black Lives Matter movement is reaching places outside America, in France, the UK , Syria … and on the screens of people dispersed across the globe.

Politicians, news sources and many predominantly white individuals have recently condemned the riots, using it as an excuse to resurface the argument of the ‘angry, black man’ and the ‘violent black people.’ The riots represent only a minority of black people demanding for change, they are a small group who the media has chosen to focus on to further their argument that there is little to nothing wrong with the systems in place.

How can we tell peoples who have knelt in protest and been branded traitors, peacefully protested and faced rubber bullets and tear gas by the police, ran in their neighbourhood and lynched from behind, protesting peacefully and face the threat of military force by their own president, that this method of protest ‘we cannot support’. Black people have tried so many methods and means of communication and faced constant opposition from the beginning. So I acknowledge the sentiment of rage, and whilst I do not condone it, I understand frustration and I understand the language of change that most Americans understand. Therefore, I cannot judge. 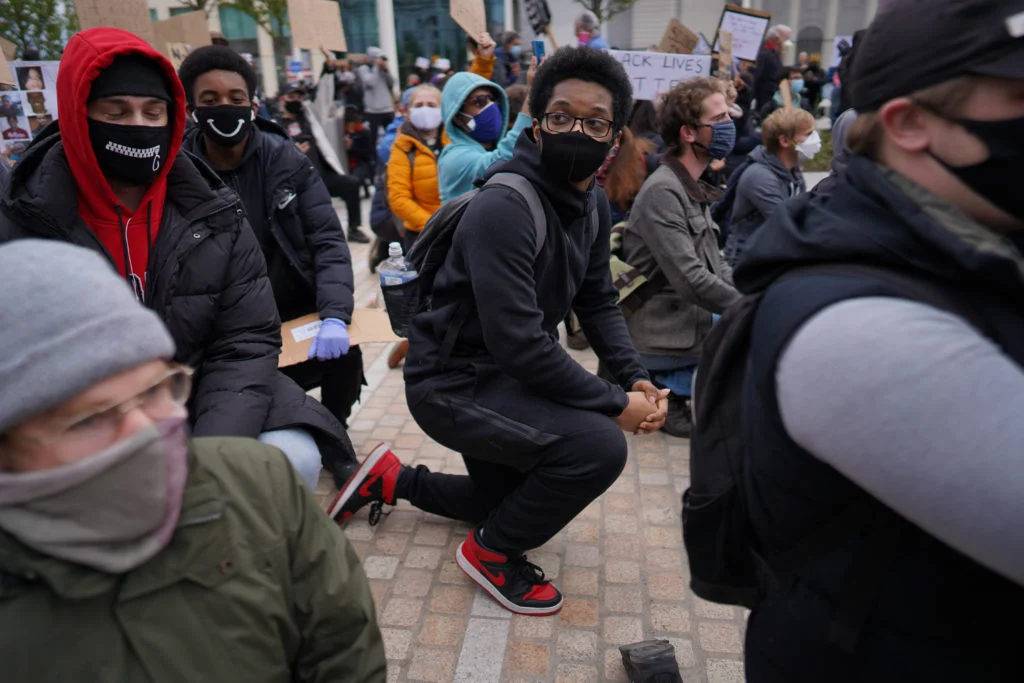 In less than a week, the black community has carried and transformed the conversation from America to the rest of the world. Black communities of the world began to discuss and attempt to dismantle issues of structural racism through petitions, donations, music, funds, protests and the share button. Not only that, black people began to lean on each other for emotional support in this draining time. It has taken a toll on our mental health, and I can speak for only mine when I say it has become draining to constantly argue, debate and relay information to explain why we are not free, why we call for justice, why we demand change.

I implore all those who are allies of this movement, to continue to give black people a voice. Pass the microphone. Use lyrics, quotes, speeches, books and articles by black people. Give black people the platform that has too many times been taken from beneath them because racist people believe the black voice is dangerous. The black voice is only dangerous to those who choose to remain ignorant and therefore seek to oppress it. The black voice makes you question the system in place today, look critically at the society you live in, at your friends and your family.

This week has taught me that I am constantly being moved by my community. With all the conversations happening, I am pushing myself to learn more and educate myself. It is a responsibility I take with extreme pride and prudence.

• I was sent home from work because of my afro. The UK is definitely still racist

• We asked your uni what it’s actually doing to fight racism, beyond a statement

The King’s Tab spoke to Mariam Zbadi, a student funding her third year through Gofundme

‘We’re in limbo’: King’s students on their Year Abroads

King’s accepts offer-holders who have met or exceeded conditions

HESA data reveals that only 1.6% of King’s academic staff are Black

There are zero Black senior academics, despite the university’s 50% BAME student body.

QUIZ: Which King’s Accommodation do you really belong in?

If daddy doesn’t give you his credit card, you’re not getting into Moonraker.

The same hospital which treated the Prime Minister

Titled ‘Race equality, racism and King’s,’ it states that the institution is ‘examining and challenging’ itself

The photo was allegedly taken in March

His name is all over KCL