One email refers to activists as ‘disgruntled students’

King's College London have published the results of the enquiry into the Queen's visit.

Emails in the report confirm KCL's Head of Security used CCTV to identify student activists, kept their details on his King's network drive, and passed them onto the Metropolitan Police.

The College has since publicly apologised for their handling of the situation, admitting they violated GDPR regulations. Acting Principal Evelyn Welch said the College would be devising a plan to respond to the findings. 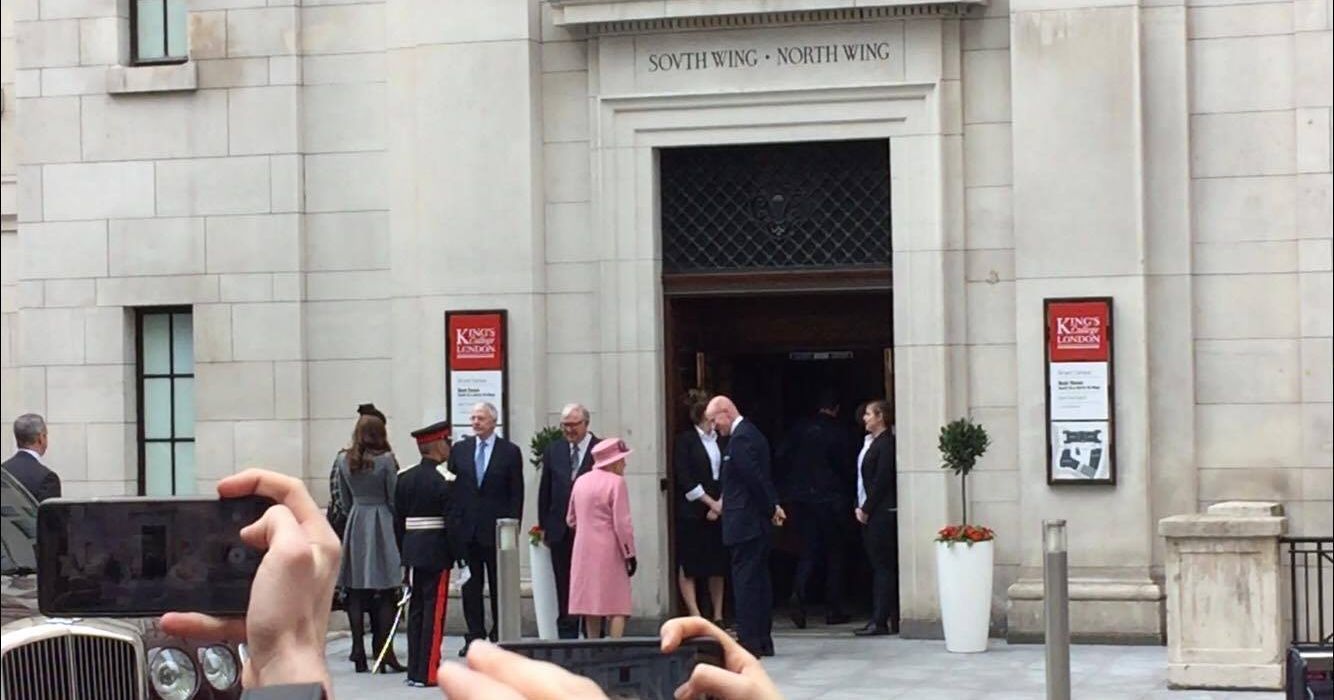 The Queen visited Bush House with Kate Middleton in March

These are the main points from the 40-page report:

The Queen visited KCL to open Bush House on the 2nd March 2019, the visit cost the College £16,671.58. During the visit, certain students, all of them activists, claimed their cards had been blocked.

Footage showed students attempting to gain access to the building, only to discover their cards did not work. Two of those affected claimed they had nearly missed an exam and an assessed presentation.

The report has now confirmed students were identified from CCTV at an Israel society event on the 4th March.

The Head of Security "packaged" the identities of those pictured using time stamped records, and sent them to the Director of Students and Education to begin "disciplinary processes," as students had blocked a fire exit.

No further action was taken against the individuals at that time.

Footage obtained by Middle East Eye showed a member of staff saying certain students had been identified on CCTV and blacklisted by the College.

At the time, the College tweeted a statement saying: "We had an event today which demanded the highest level of security and we had to minimise movement through buildings for security reasons.

"At times some of our buildings were not accessible."

At the time, KCL did not respond to further requests for confirmation of specific students being blacklisted.

The report shows there was no discussion about who the activists were, and how they were identified was never externally checked.

One student was revealed to have been misidentified.

One of the emails in the report shows security staff were reluctant to ask for more information from Student Services, as doing so would "raise flags and cause chatter." 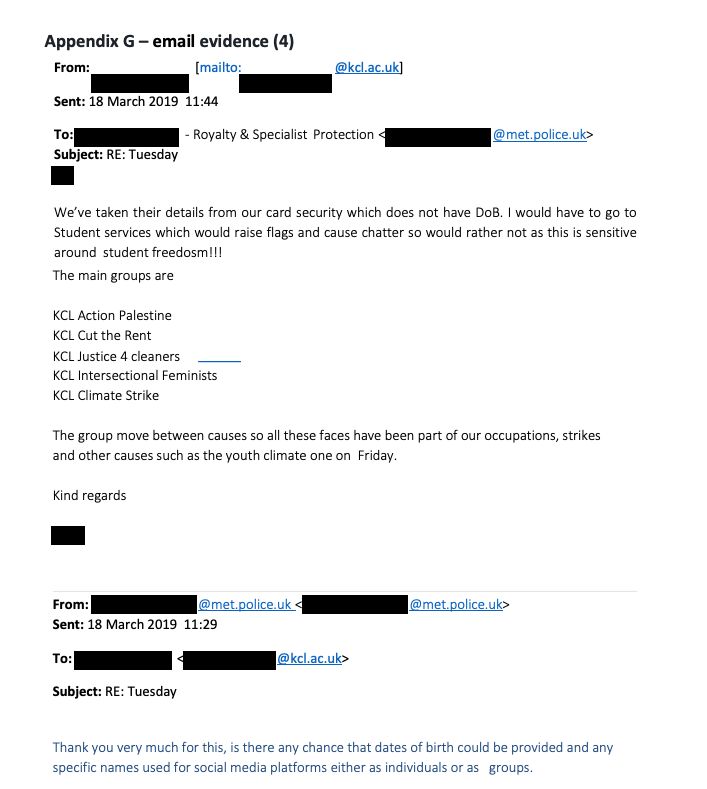 Another email said a group of "disgruntled students" were planning "some noisy protest," speculating they would try to "banner drop from windows onto the courtyard."

One staff member and 13 students were among those blacklisted by the College.

According to the report, the Metropolitan Police heard about a separate protest held during a KCL council meeting, and expressed concern to the Head of Security ahead of the Royal visit.

A member of the Metropolitan Police requested the individuals be barred access to five specific areas on campus.

It was decided the best way to do this was to block the cards entirely while the Queen was on campus.

The list of students was then sent to the Metropolitan Police.

The KCL Head of Security was revealed to have kept the list of students on his King's Network drive.

KCL wanted to restrict access to specific areas of campus, but knew this would not be possible

The report reveals blocking access to particular buildings and floors was suggested by the Head of Security, but was never technically possible.

When a member of security staff was confronted by student activists, he told them: "Not being able to get access to the library was a mistake.

"We were under instructions from the Metropolitan Police to reduce access into Bush House due to the event that was taking place.

The blacklisted students were never informed of the process by the College.

One email published in the report shows the Director of Students and Education saying she would not be able to support the blacklisting of students.

She said: "I am sorry but I can't support this. The rationale could be potentially viewed as discriminatory, particularly if there are no other means (and more proportionate) to reach the same aim."

The Director later relented "given the instruction" from the Metropolitan Police.

• ‘You were identified on CCTV’: KCL confirms screening of student activists