BEING LATE TO A 9AM IS A THING OF THE PAST

After a series of intense negotiations and planning between TFL and London Mayor, Sadiq Khan, the previously disused Strand underground station will be coming back into service on the Piccadilly line in September 2018, following a 24 year absence.

It has also been announced that, if the service is successful and popular enough, there are plans in place to add it to the route of the new Elizabeth line coming December 2019.

In its hay day, the station, known officially as Aldwych Station since 1915, had its own offshoot on the Piccadilly line. It could be accessed after Holborn, with some Central Line and Piccadilly Line services terminating at Aldwych specifically to ease congestion at peak times and during evenings.

Sadiq Khan pictured leaning against the railings outside the currently disused station, due for advanced upgrade and repair work now the plans have been approved

One of the reasons listed in TFL's proposal cited the station's "historical significance", being an almost completely "unaltered" station from the early 20th century. This explains its listing as a Grade II building, granted in 2011, and makes it a landmark which is presumably going to also act as an attraction in itself.

The opening of Strand station means the treks from consistent disappointments Temple, Holborn, Chancery Lane, and Embankment, will no longer need to be endured by King's students and teachers alike, often in poor weather! (British "summers" yay).

In his official statement, Khan praised the outcome, claiming "this is the answer to our problems" – presumably referring to the overcrowding of Covent Garden during conventional theatre hours and general central London commute links, "keeping everyone better connected".

Billboard advertisement from TFL promoting the new station, expected to be released in the coming months in preparation for the official opening in September

Now you can roll out of bed and into your 9am, while your morning Costa stays hot! In addition, that "buzz" of being connected to the rest of London will undoubtedly make commuting more lively, if a little overcrowded… 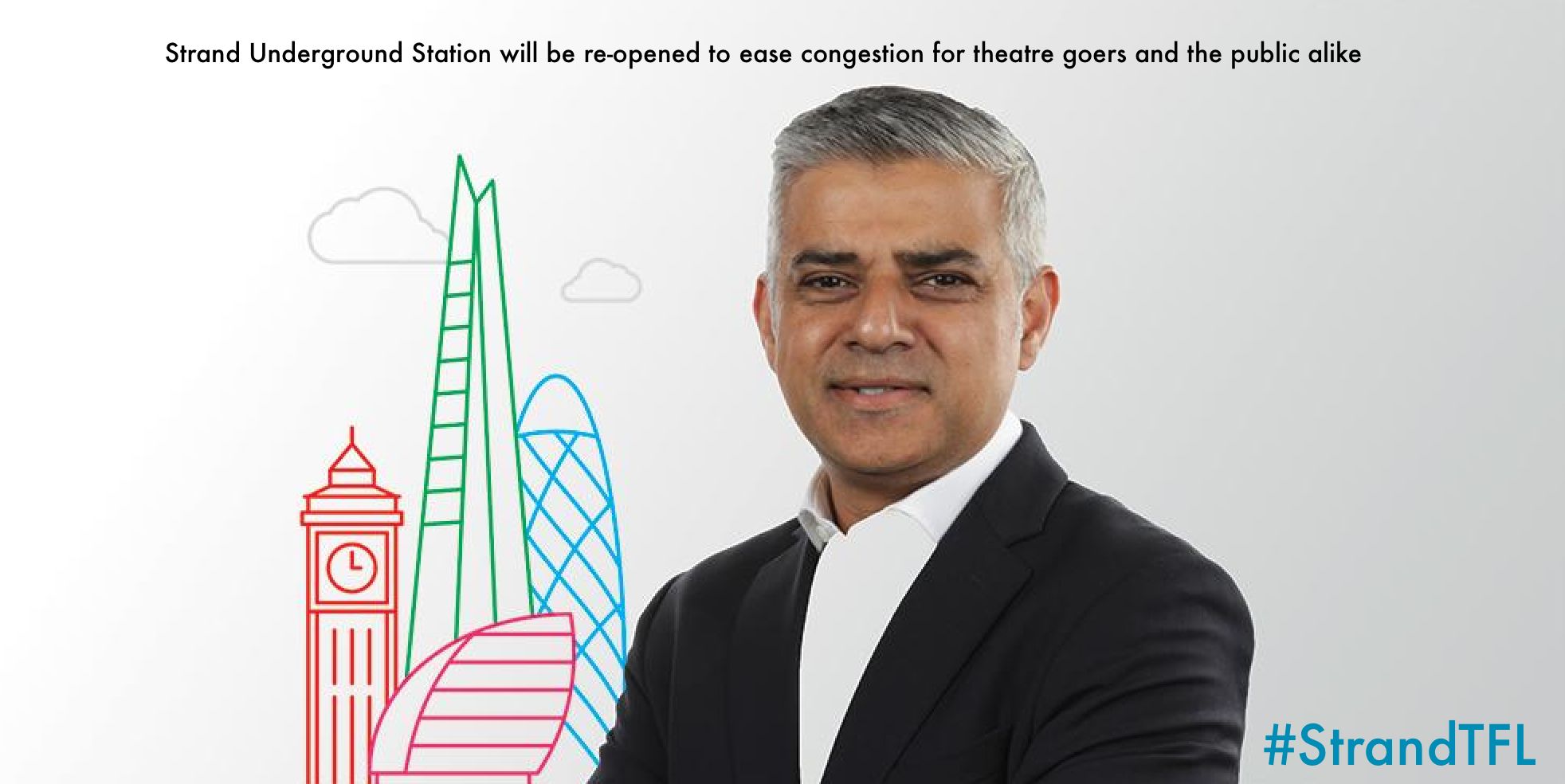 Further details of the move are expected to be released from TFL shortly, but until then, what do you make of the decision? While we would love for Sadiq Khan to make our lives SO much easier in the morning, unfortunately this story is false. Happy April Fools Day!