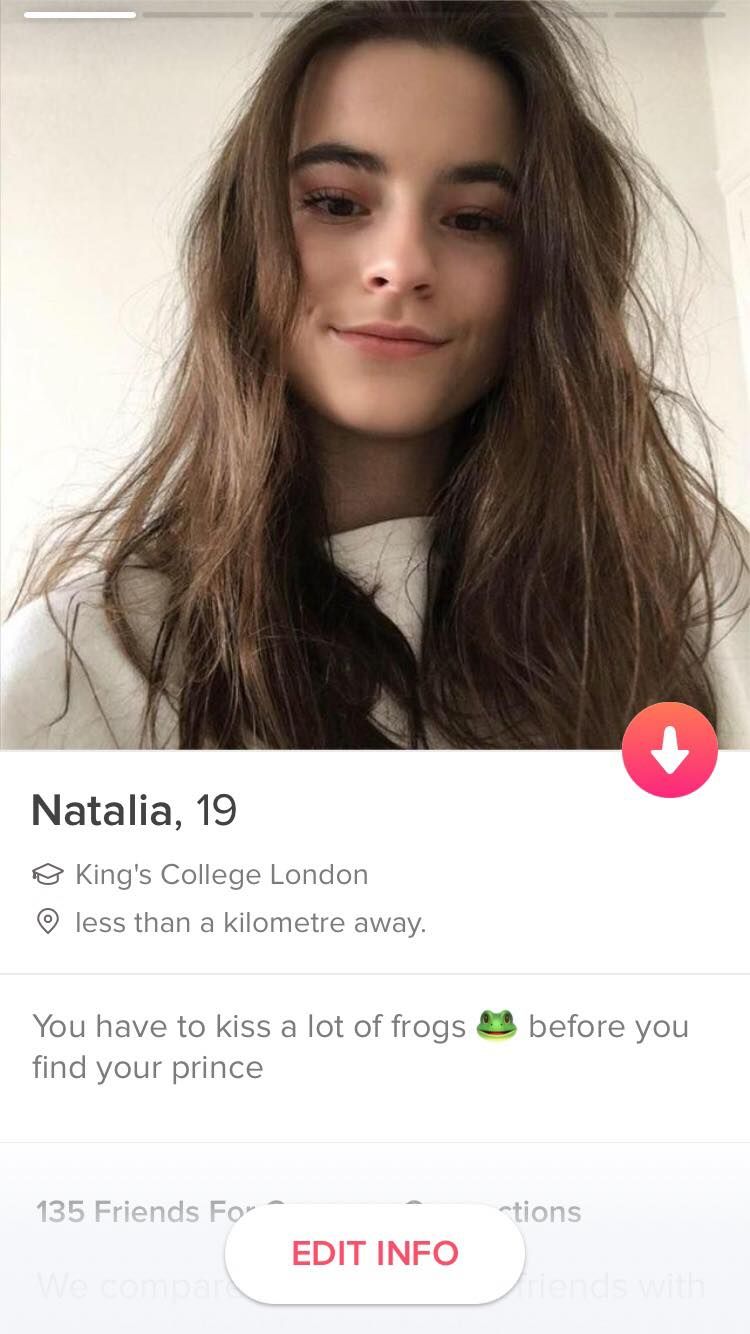 Be warned, all messages from me are truly, honestly, inescapably quotes from 50 Shades of Grey – if they seem ridiculous, I'm very sorry to say I didn't make them up, and if there are (a multitude of) moments the conversations below didn't make sense – well I was just trying to follow the writing style of E. L. James.

Robert – The type of lad that doesn't beat around the bush 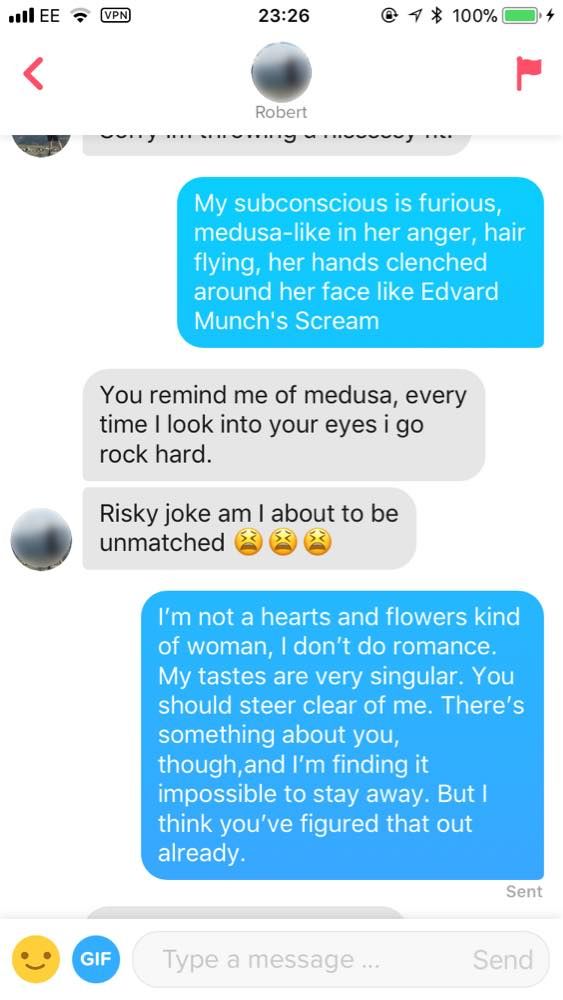 We have to be impressed that even upon finding out he was being trolled he didn't give up. But also creep alert.

Rain – The opposite to Robert

This lad just gave up and I feel so sorry for making him so confused but I'm also never ever ever going to let him know I was using 50 Shades quotes.

Charles – He wasn't as original as he thought, a ton of other messages started with "Am I a frog then?" 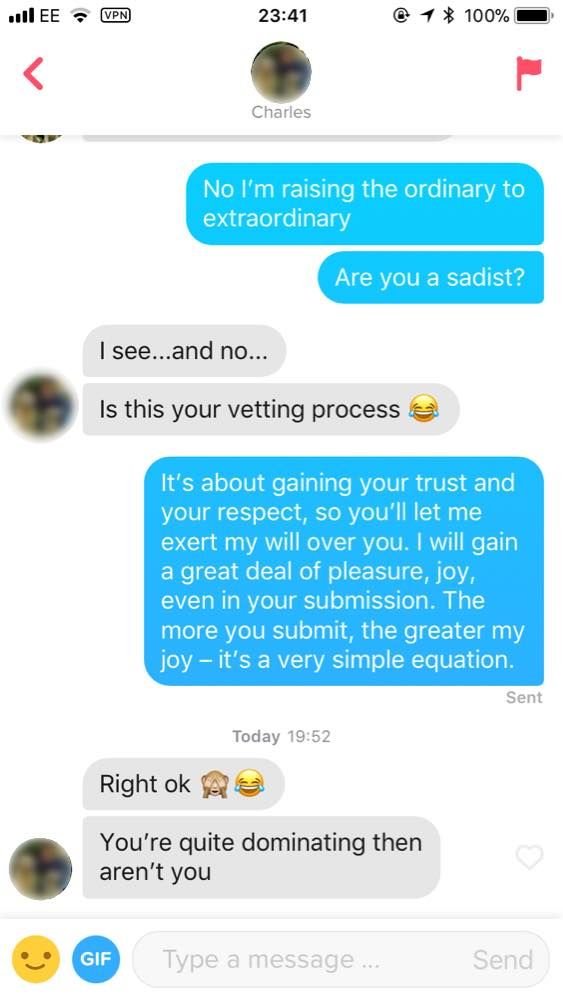 Me? Dominating? You must be mistaking me for Christian Grey – which means I was doing my job right. At this point I was continuously impressed by how they were not running away after two or three 50 Shades quotes. 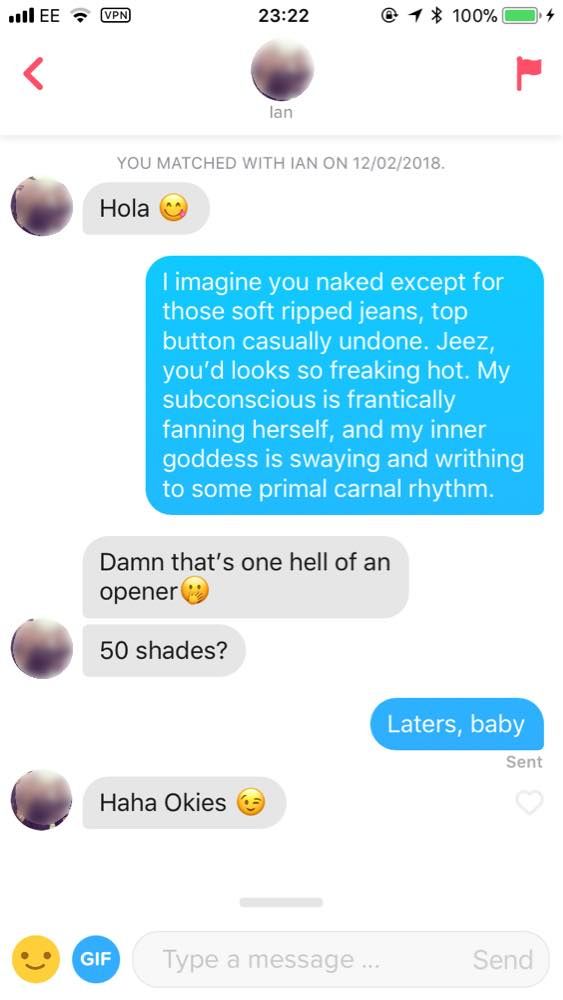 The only one who guessed – is he the one who got away? And more importantly, does this mean he has religiously read 50 Shades of Grey, considering how fast he got it? And who on earth ever creates images of an "inner goddess". 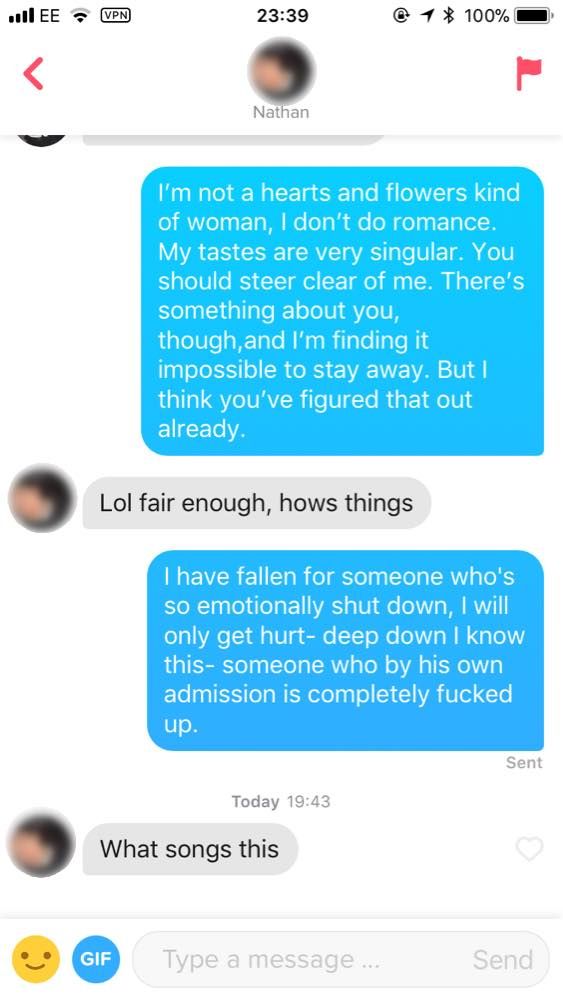 Bear in mind the above conversation follows the message from me going "Don't get your panties in a twist and give me back mine" but Nathan wasn't into the little game I was playing. 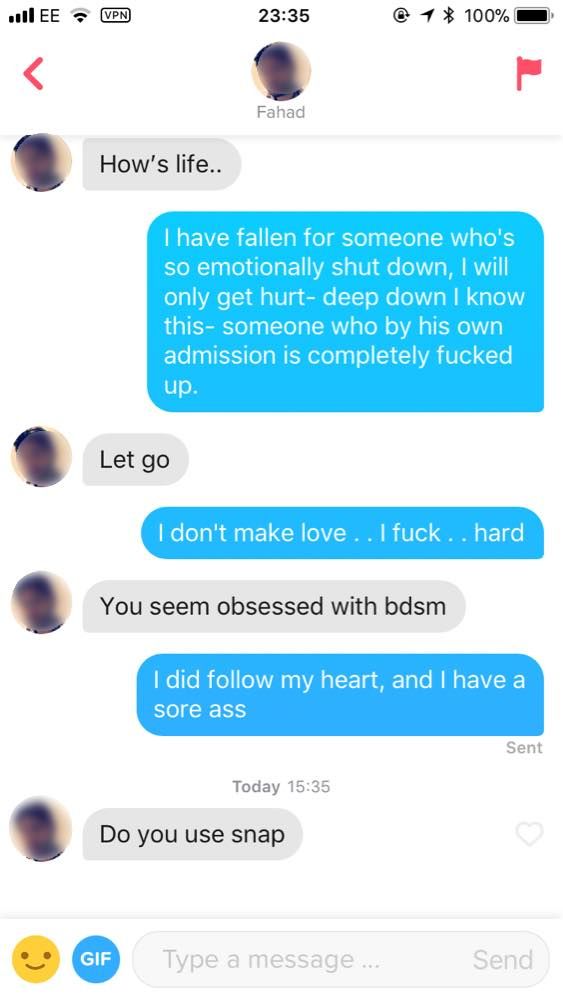 Harry – definitely the one who got away, he appeals to my hopeless romantic heart 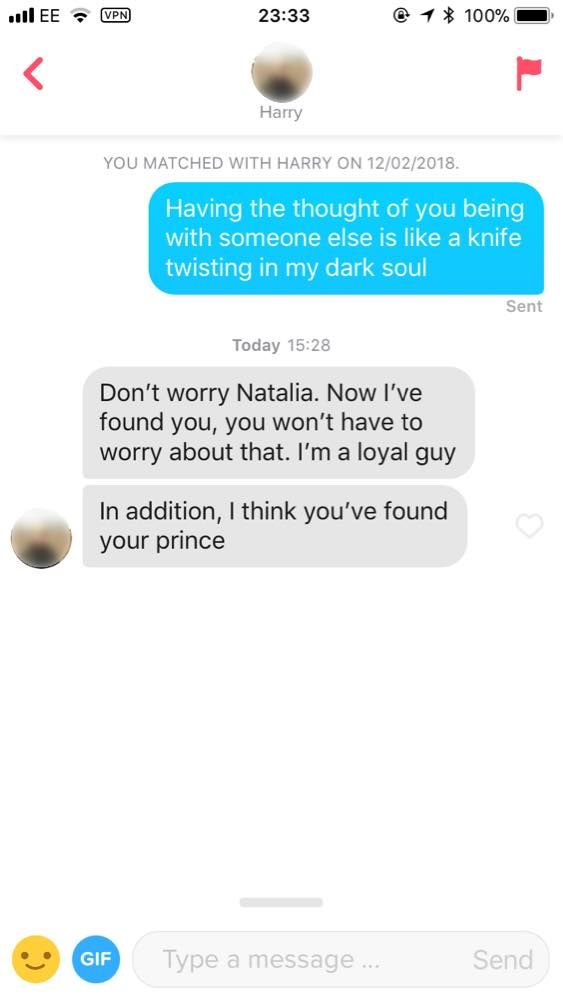 May we meet again I miss you, you may be my prince but I hate tinder 🙁 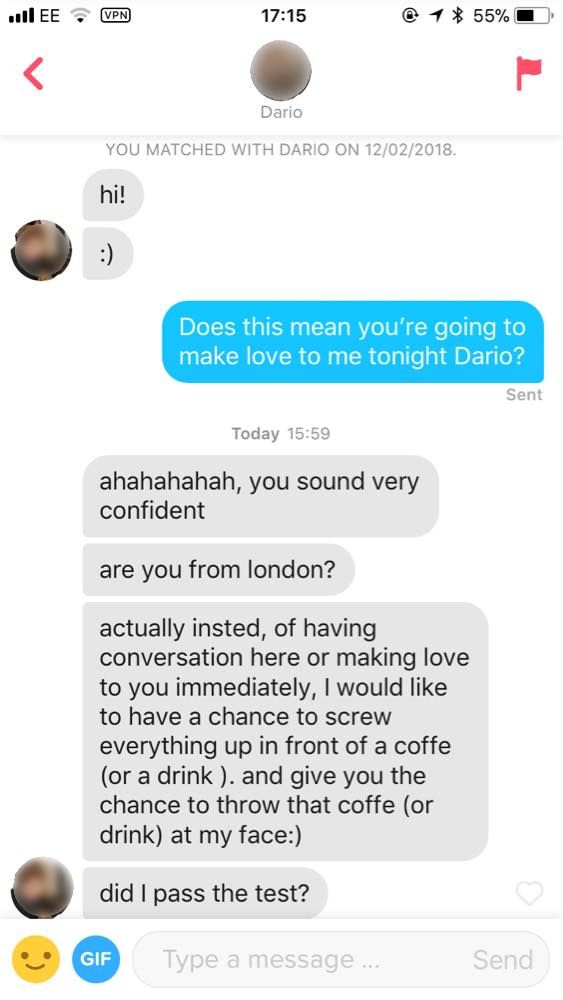 He would have definitely passed a test because if golden retrievers were humans, it would be Dario.

Now give me a moment I have to cleanse my phone and eyes – in the past 24 hours I've seen things … things I'd like to unsee but I don't know if I'll be able to.