‘We’re in a climate crisis and something needs to happen’

Extinction Rebellion and Fridays for Future members and supporters marched through Exeter's city centre today as a protest against Black Friday.

One of the core members, Leonor Zutter, told The Tab Exeter these protests happen monthly and may escalate if the city doesn't take action and improve.

She said: "We're in a climate crisis and something needs to happen". 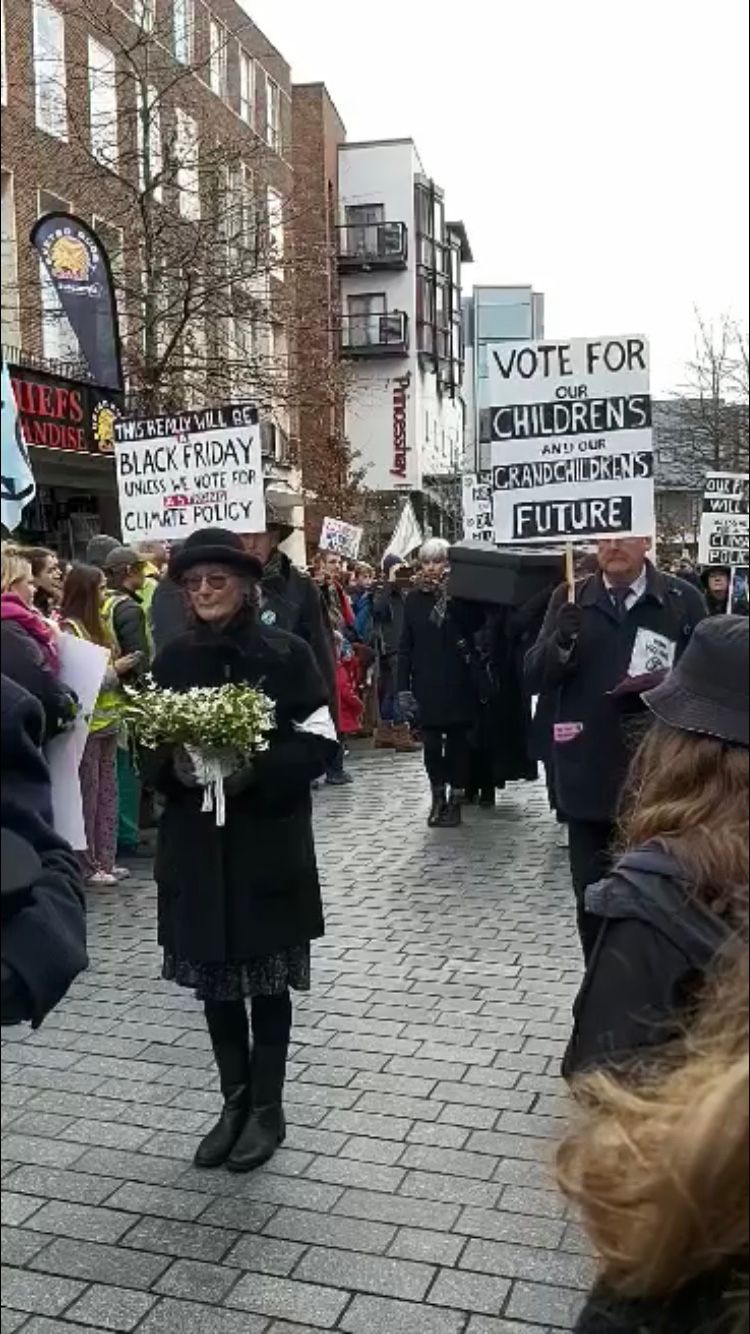 The protestors were voicing their disagreement with the holiday which encourages consumption and fast fashion sales, contributing to climate change.

They began the strike on the High Street at 10.30am, before marching through Princesshay and finishing at Devon County council at 2.30 this afternoon, in an attempt to draw the city's attention to the matter.

You could hear the group before you could see them with their catchy chant – "what do we want?" "climate justice!".

Amongst the crowd was a mixture of ages, from the elderly, to young children who had missed school for today's march. 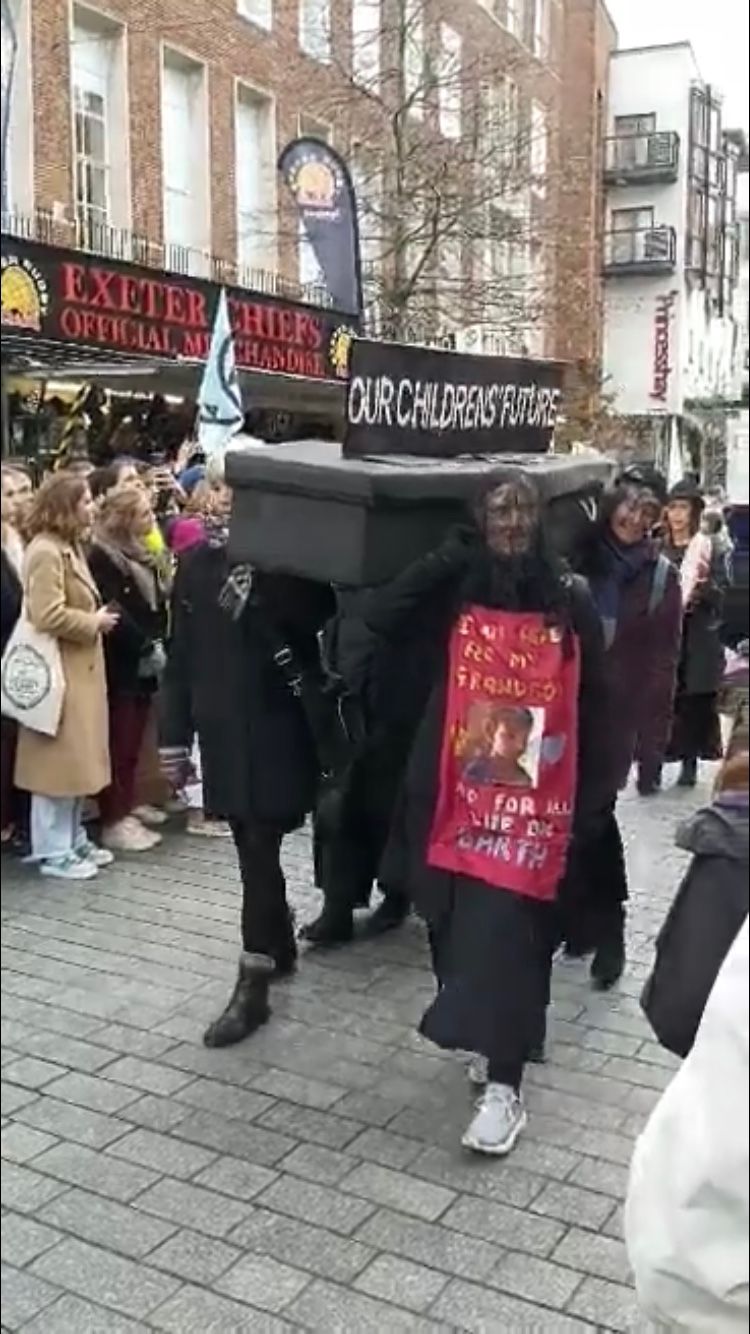 As part of the protest, members of the movements held a 'funeral' for the future.

Check out the full video on The Tab Exeter's Instagram story.

The activists wore all black, carried flowers and bore a coffin style box with a sign reading "our children's future". The morbid scene draws attention to the climate crisis and how the planet is dying.

On a lighter note, some of the protestors got creative with their signs with one reading "I like being choked, but not by greenhouse gas" – she certainly got our attention! 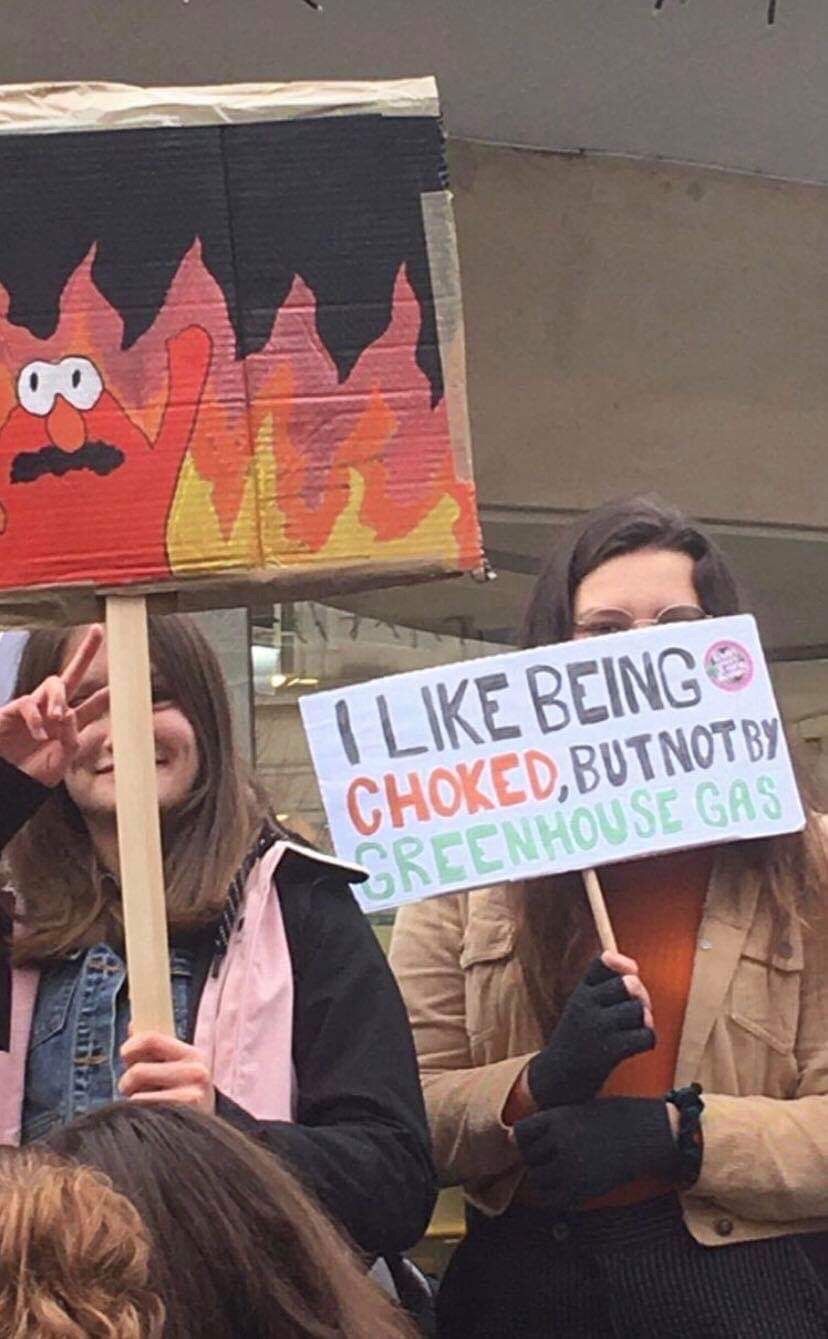 Others opted to draw attention by dressing up, like the duo below, who dressed as a pantomime cow to illustrate their point. 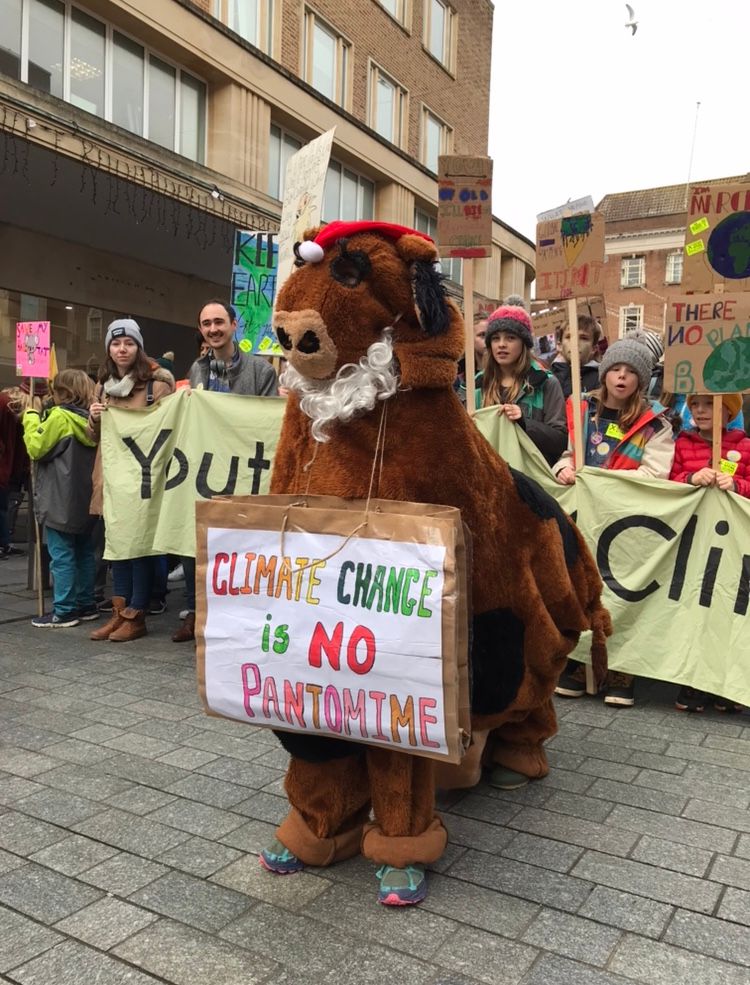 Protestors also disrupted traffic, closing the High Street temporarily for the march. They displayed a banner to thank commuters for their patience. 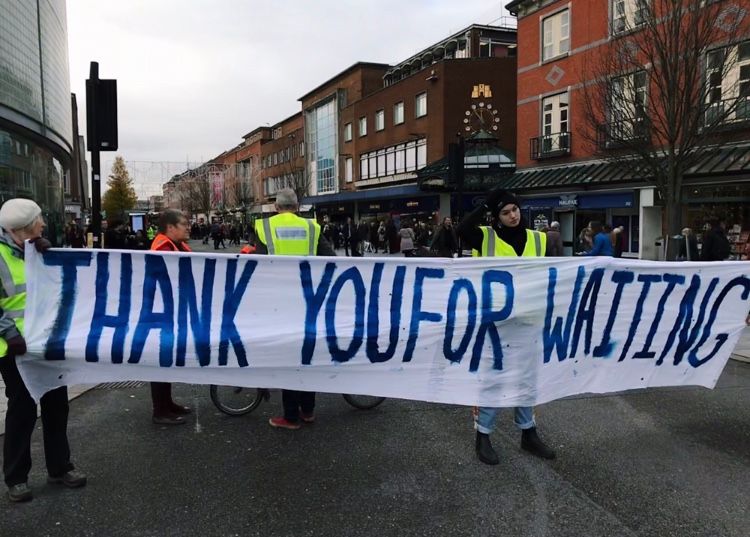 According to the Extinction Rebellion Exeter Facebook page their next protest will be on the 14th of December, with a festive theme of "12 Demands of the Climate Crisis".

• These are the best signs from today’s London Climate Strike