Dozens of students gathered in the Forum today to protest against the University of Exeter's financial contribution to fossil fuel companies.

The group, equipped with signs and leaflets about the climate emergency, sat on the floor of the Forum in protest, chanting "2, 4, 6, 8, fossil fuels are what we hate". To see the video, head to our Instagram story. 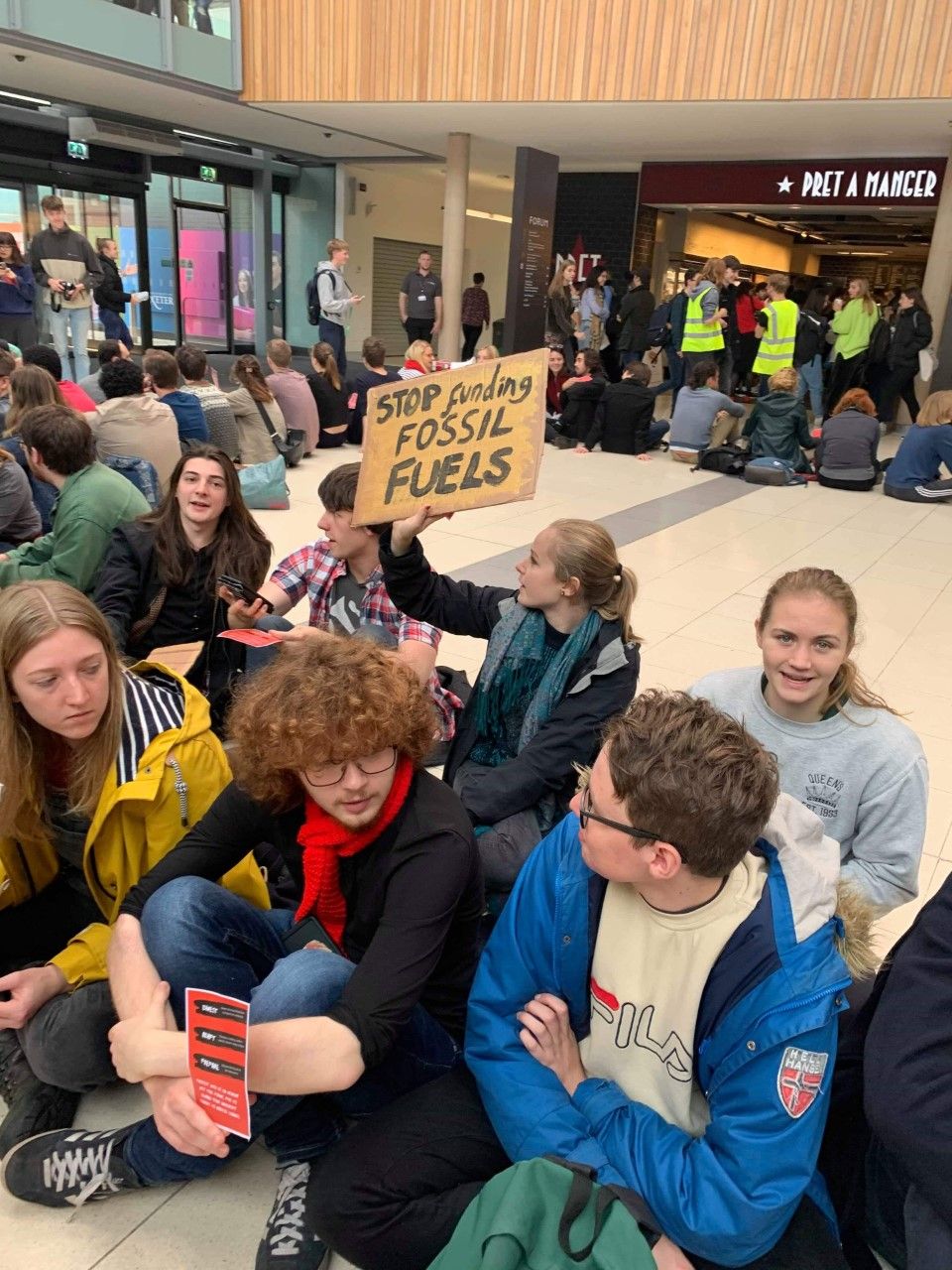 The uni has committed to a partial divestment plan, divesting from coal and tar sands, and has invested £5,382,963 in research-funding into the renewables industry since 2001.

But students feel this is still not enough. We spoke to those protesting about how they feel disappointed by the university.

Hannah told The Exeter Tab: "It's important that the university, after declaring a climate emergency, follow their words with actions.

"The university, like the government should prioritise climate change! We're here to protect future generations from climate destruction." 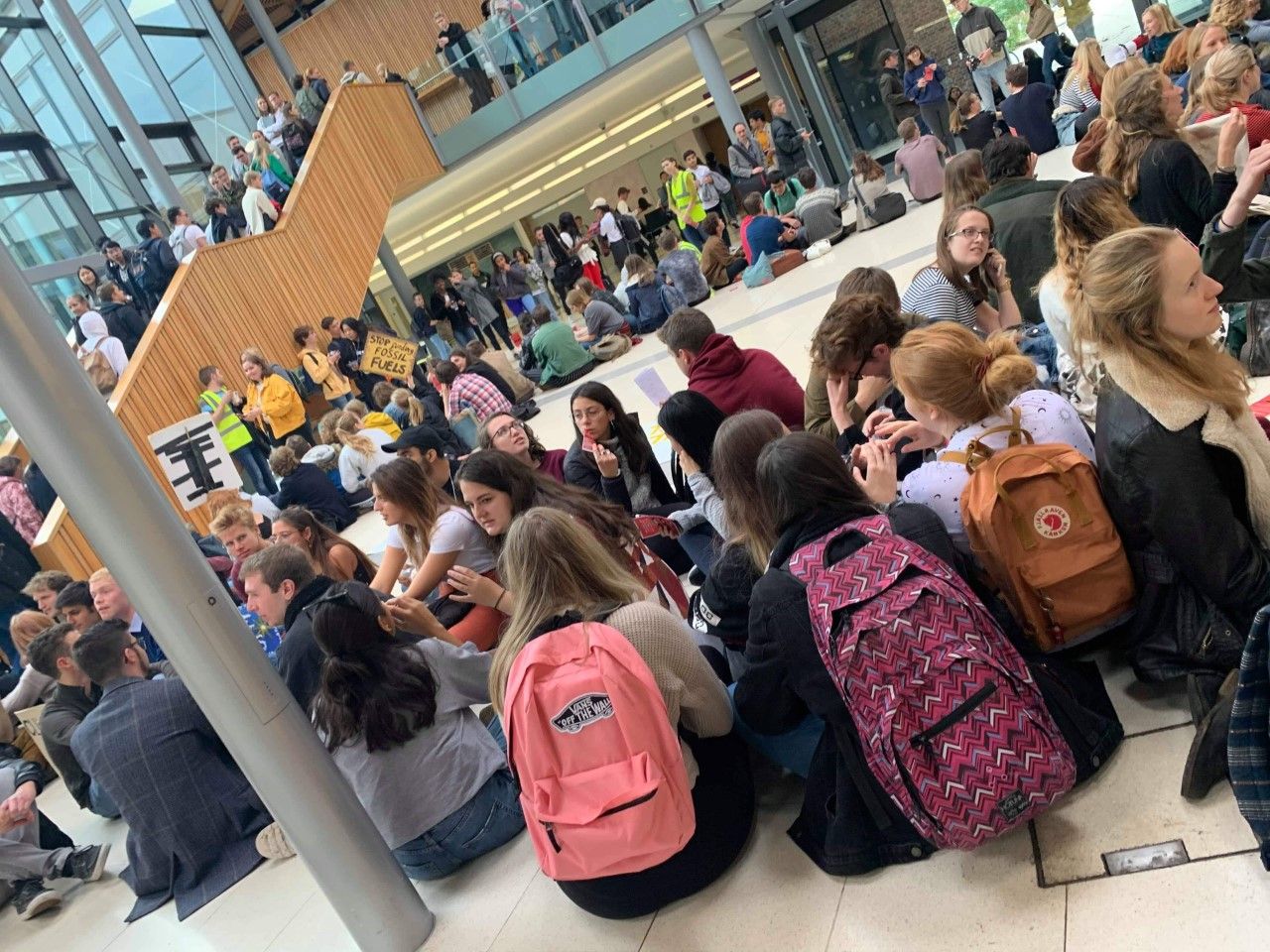 Another student described the protest as "a start", adding: "Ideally every student should be here, if everyone brings two friends then we'll expand, and the guild will have to listen!"

Not all students agreed with the protests, however. Jason said: "Let's not protest the uni's contribution. Make the government change laws for mass change."

Poppy added: "Great to protest but not in the forum. People are trying to study and it's so disruptive."

This comes after protesters across the nation attended Extinction Rebellion protests earlier this month, urging the government to take action on the climate emergency.

• These are the best signs from today’s London Climate Strike

• Five reasons you should be attending Climate Change strikes

Exeter Law School is to ‘move away’ from ‘white, Eurocentric curriculum’

Your long awaited third term is here, and it’s bringing along with it some serious style

He told us his newfound title is going on his Linkedin

She said her newfound title is going in her Tinder bio

New statistics have been released by Everyone’s Invited

Vote now to crown you favourite man the most eligible bachelor in Exeter!

Vote now to crown you favourite gal the most eligible bachelorette in Exeter!