Five reasons you should be attending Climate Change strikes

There’s another climate strike taking place on 24th May

If you never leave the house, or if you've been living under a rock, you may not have heard about or seen images of young people marching and demonstrating against government inaction in the face of climate change. It's easy to let it pass you by, but considering the impacts we’ve inflicted on the earth, don’t we owe Mother Nature this at least? Here are five reasons you should be attending the Youth Strike 4 Climate/Extinction Rebellion events.

1. Practice what you preach

Everybody shares the latest trailer for David Attenborough's new wildlife documentary, everybody shares videos of dying polar bears or birds who have been caught in plastic rings, and everybody thinks it's a terrible thing to watch, but how many of us actually vocalise the points we make on social media? There should be continuity between the causes you support online and what you do in the real world. After all, the animals you see on telly won't be around for much longer if we don't act.

If holding signs with witty slogans or powerful quotes isn't your thing the climate strikes allow you to, at the very least, put two fingers up at the government, which, let's face it, everybody enjoys. At events like this, you get to feel like you're really part of something and be around like-minded people who are as passionate as you are. Everybody is marching for a common cause, so there's a real sense of unity. You get to shout quite a lot too, which is pretty fun. 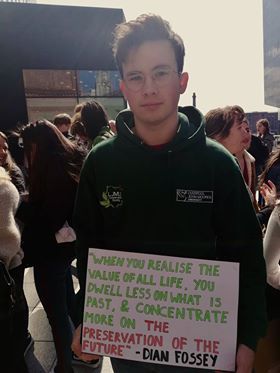 Even though Brexit is dominating most of the news at the moment, these strikes are a monthly thing. Brexit will end (we hope), but the idea behind these marches is that they will happen until something is actively done to reduce our effect on the planet. When the governments of the world eventually do listen to what we're shouting about, don't you want to be able to say that you were part of it? 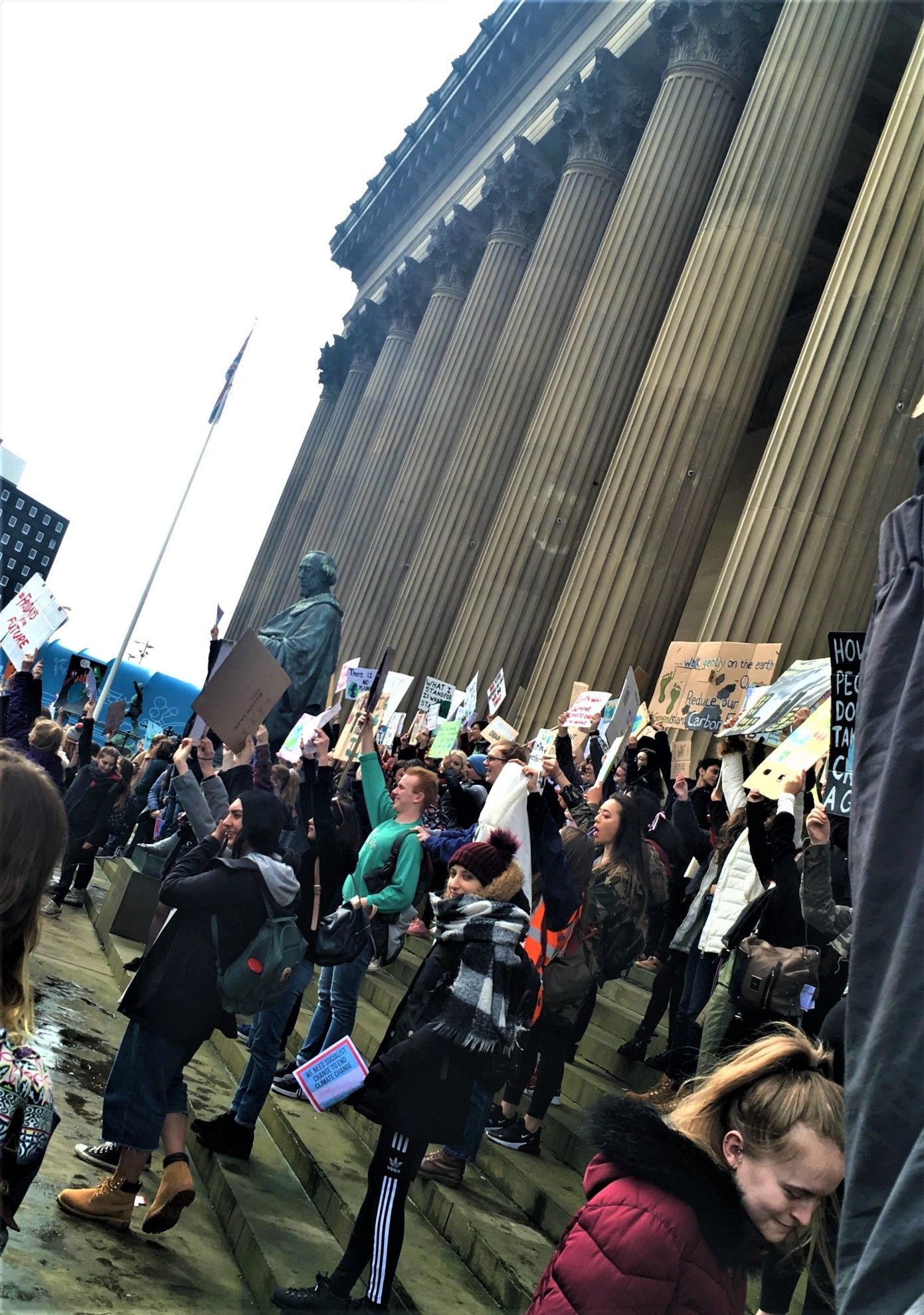 Hundred of young people gathered for the march in Liverpool

Now, for those who can't be persuaded by the 3 points outlined above, this one might just sway you. Whether it's a pointless tutorial, or a boring lecture, these strikes offer you a way-out which a lecturer can't really argue with. Nobody can be pissed off about attendance if you're saving the world. 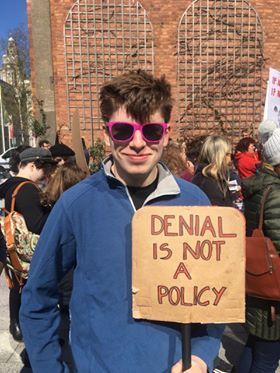 We, as a planet, are currently experiencing the 6th mass extinction event in Earth’s history. 200 Species are going extinct every single day. The general idea of being a child or a student is that we’re care-free and fun-loving right? These are the best years of our life, and we shouldn’t worry about the future because we can just enjoy right now. Unfortunately, we do not have that option. We cannot continue in the same way that we have for generations, because we are the last generation that can actually do something. Surely we want our children to be able to see the natural wonders of the world without having to look in a history book? We simply cannot afford to not care about the climate change crisis. 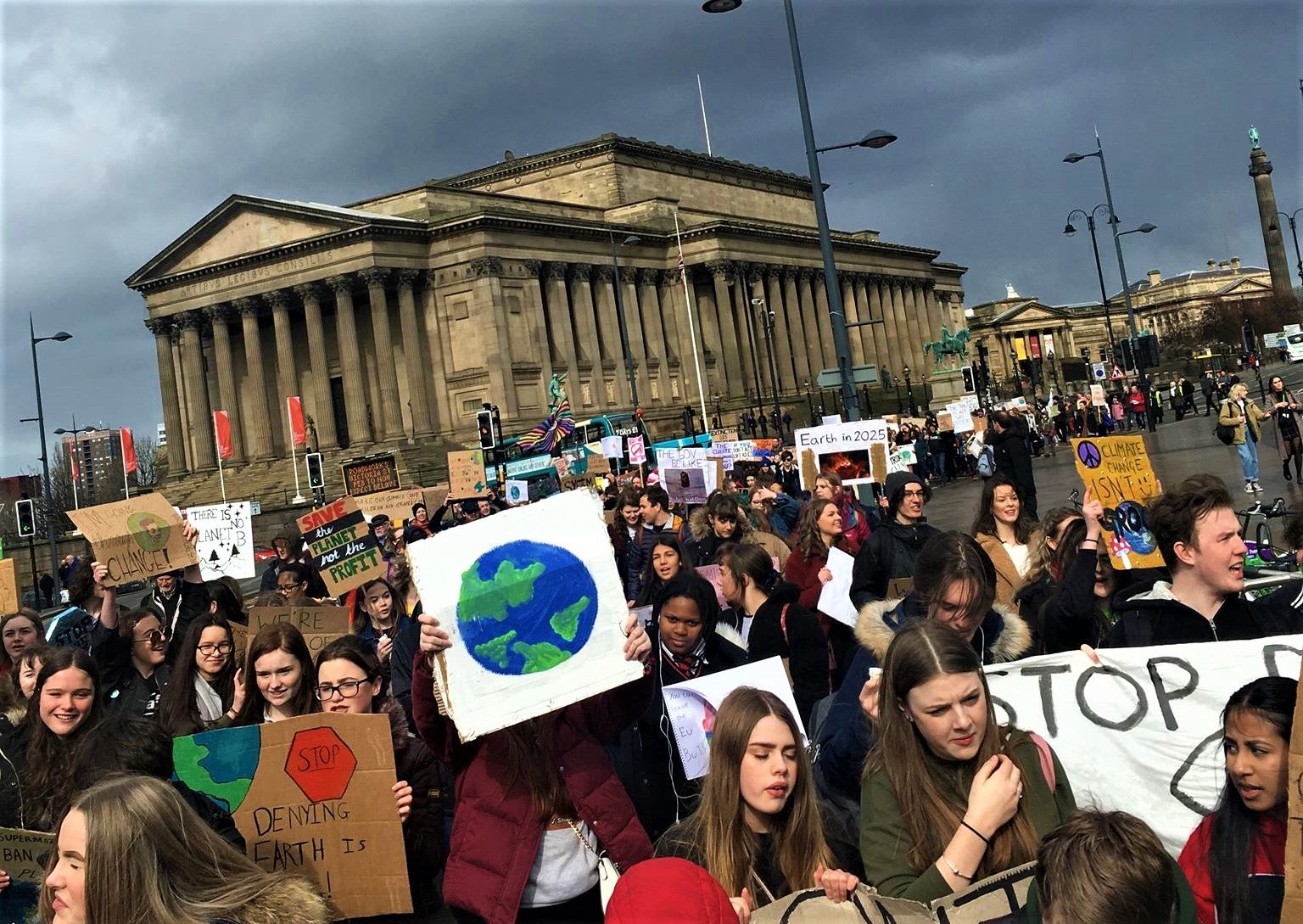 Climate change strikes a chance for us all, as a generation, to say that we are angry about the state of the world, angry about political ignorance, and that we want something done. If you’re interested in participating, all info for Youth Strike 4 Climate events can be found here.

Info for Extinction Rebellion events can be found here.