Espionage nightclub is CLOSING DOWN

Clubbing in Cowgate will never be the same

Espionage, the iconic five-floor club in Cowgate, has announced it will be opening its doors for one last time this weekend before closing down on Monday. The news will come as a shock particularly to the Edinburgh Hockey Club, who usually end up there after most socials. 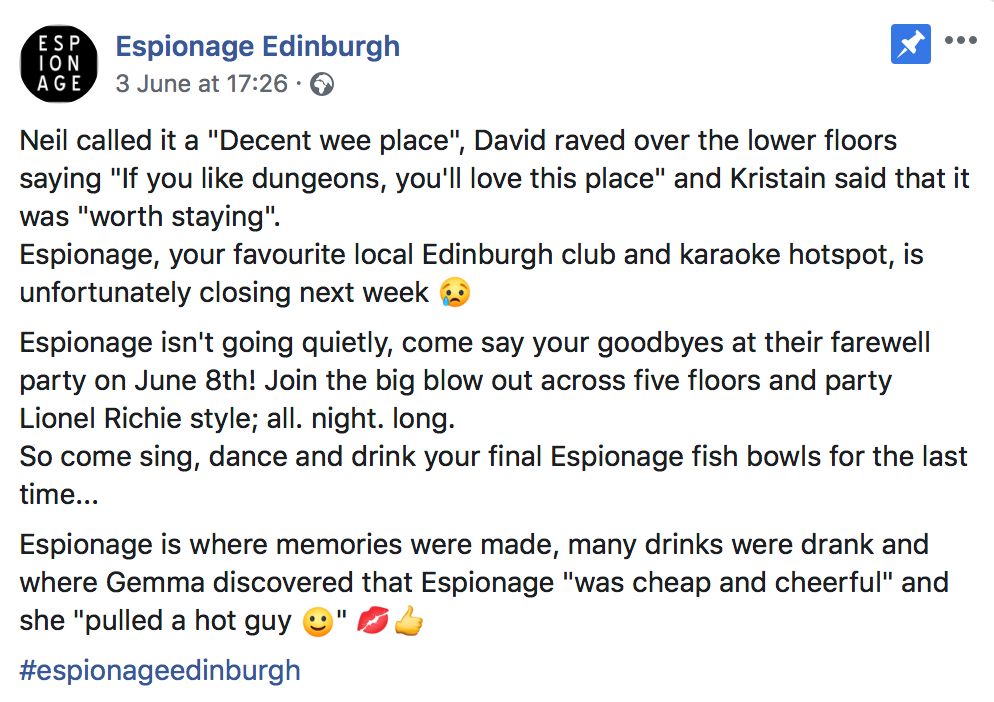 The club posted on its Facebook page: "Espionage isn't going quietly, come say your goodbyes at their farewell party on June 8. Join the big blow out across five floors and party Lionel Richie style. All night long."

It's safe to say that a night out in Grassmarket will never be the same without the club infamous for getting lost in both the music and the club itself, with its labyrinth of tunnels, floors, and dance spaces.