The doors were barred shut by students at 9am today

A group of students who wish to show their solidarity for striking lecturers have occupied the George Square Lecture Theatre.

This morning, first years who tried to attend their 9am History course, 'Making of The Modern World', were unable to get into the lecture theatre as a group of around 30 students had barricaded the doors.

The lecturer of the course, Julius Ruiz, addressed his students outside the building, saying: "I want to emphasise that these are students acting in your name, who have prevented you from going to a lecture." 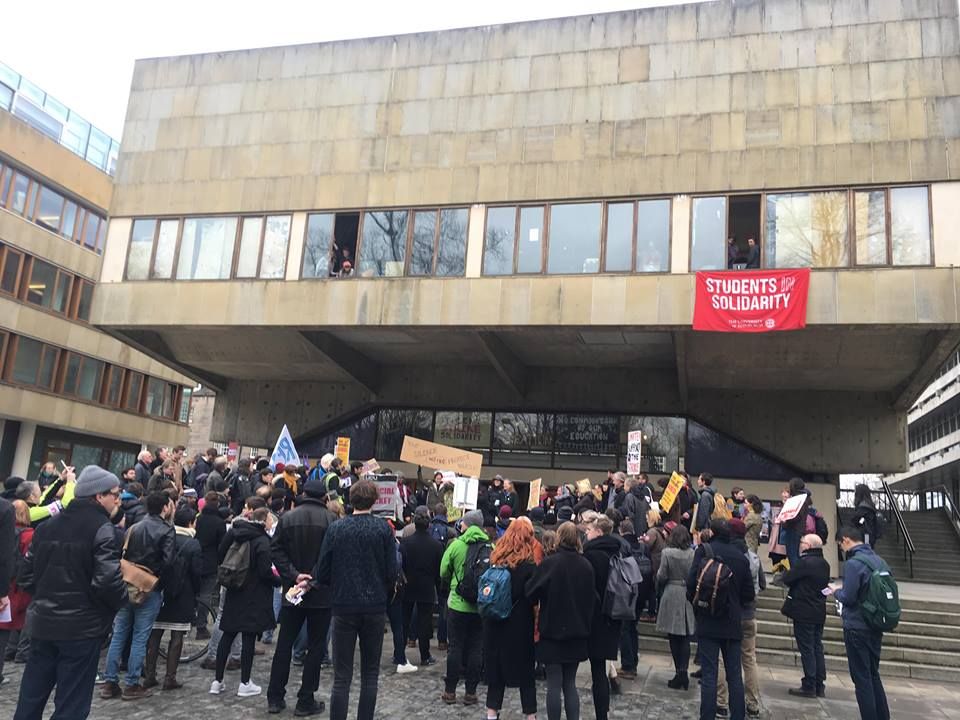 Taken outside GSLT this morning

The occupying students have made a Twitter account, @EdiSolidarity, on which they released a statement revealing how it is "their time to do what they can." A view from inside the occupation

In their statement, they said: "Your working conditions are our learning conditions, your struggle is our struggle. We occupy because you deserve more than what is being given to you by this university, by Universities UK, and by this brutal Tory government."

The occupiers are a mix of students from all years. The Tab tried to get a quote from the protesters but they refused to comment on their occupation and said that people should check their social media pages for updates and information.