I love you with all my heart

With Valentine's Day just gone, the real MVP of the hour is Woodgate. Those who are single will drink it, those who are in relationships will drink it. The perfect drink for pres, it's tasty and cheap.

There is no downside to cracking open a cheeky Woodgate with the lads.

Unless you are a basic dark fruits bitch which will cost you a staggering £2.79 for four, you can opt for pear or apple cider and get four for £1.99. That could get most people at least on the good side of tipsy. If it's varsity then you'll have about eight before 11am, then another six whilst watching the football, and by the time you actually get to the SU you'll have made your way through at least 20 but that's okay because it will only cost you a tenner! 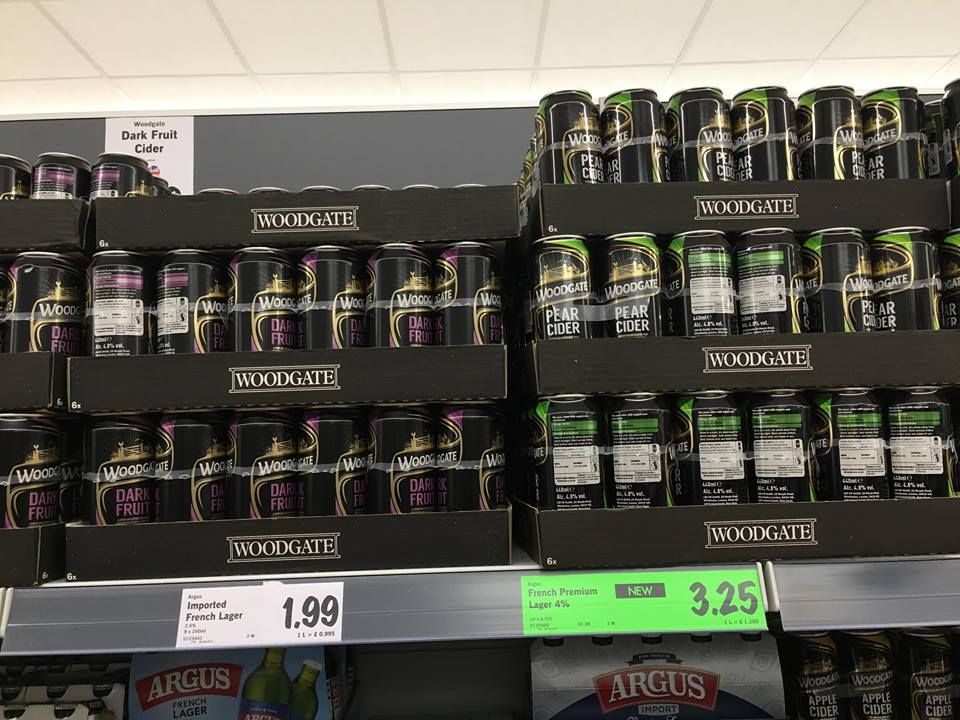 Especially the dark fruits. Unlike Strongbow or cider and black, Lidl put a good amount of sugar into their dark fruits. Not as much as VKs but not as little as beer. It's the best balance and makes you want to drink more, and it's ok to drink more because you've only spent about £4!

It's the only acceptable pres drink

Apart from coconut bay or peach schnapps with freeway coke and lemonade. If you bring actual Strongbow to pres everyone will know you have some money to burn. Woodgate is great because it shows how poor you really are – apart from that one guy at the party who is on 17p essential lemonade and Rachmaninoff vodka because Schmirnoff wasn't on offer this week – so no one will try to bum a drink off of you. 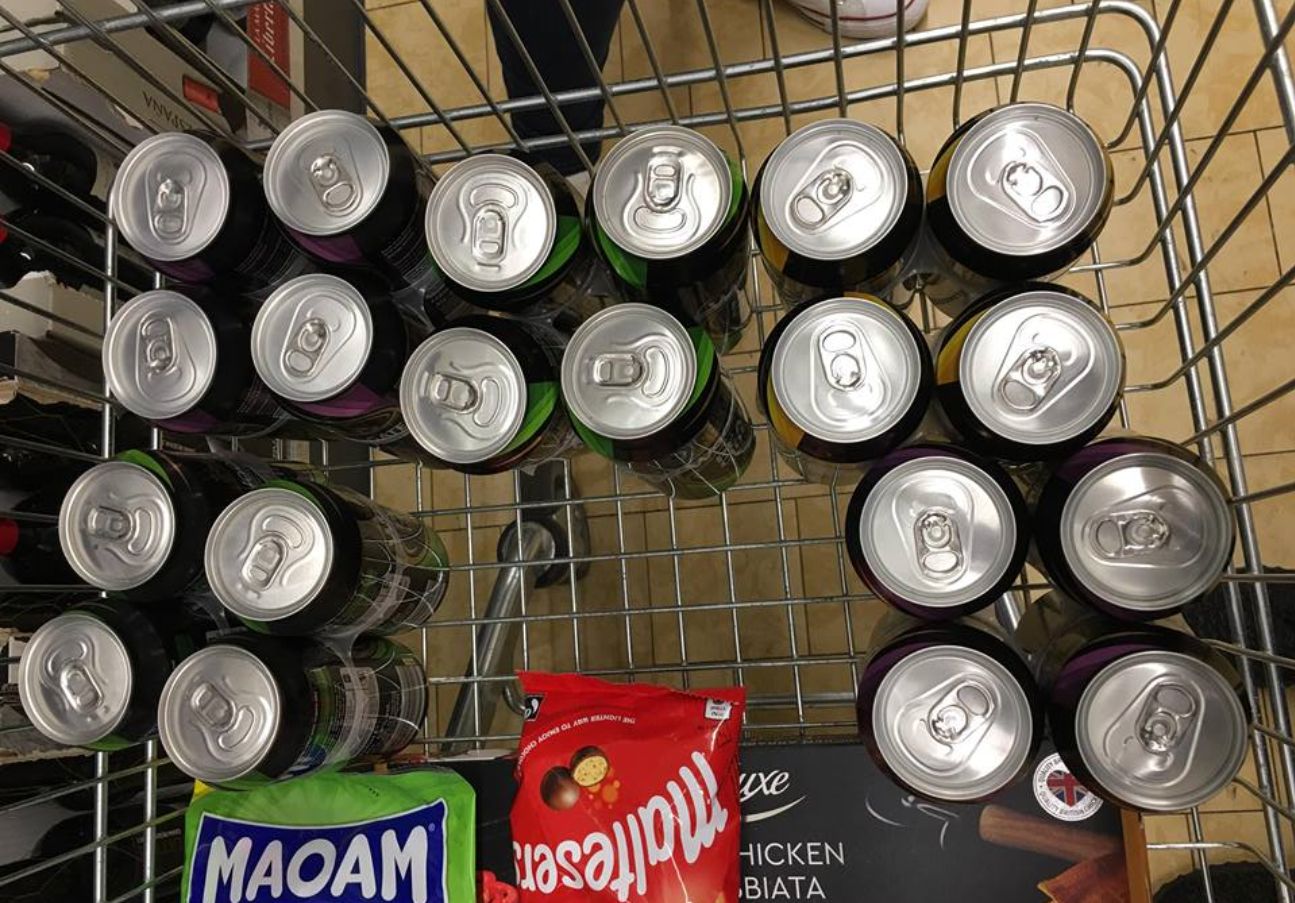 That bit of dark fruits probably cost you about 5p to pour into the middle, not like expensive wine, prosecco or actual branded beer. You can pour as much as you like into the dirty pint and you can all get smashed.

It's handy to bring to pres

They come in packs of four so you can buy one on the way to pres without killing your back trying to make your way through Cathays! It also means that you don't have to bring a whole crate of expensive drink to pres only to leave it there and likely never see it again. Looking at you Kopparburg crates. 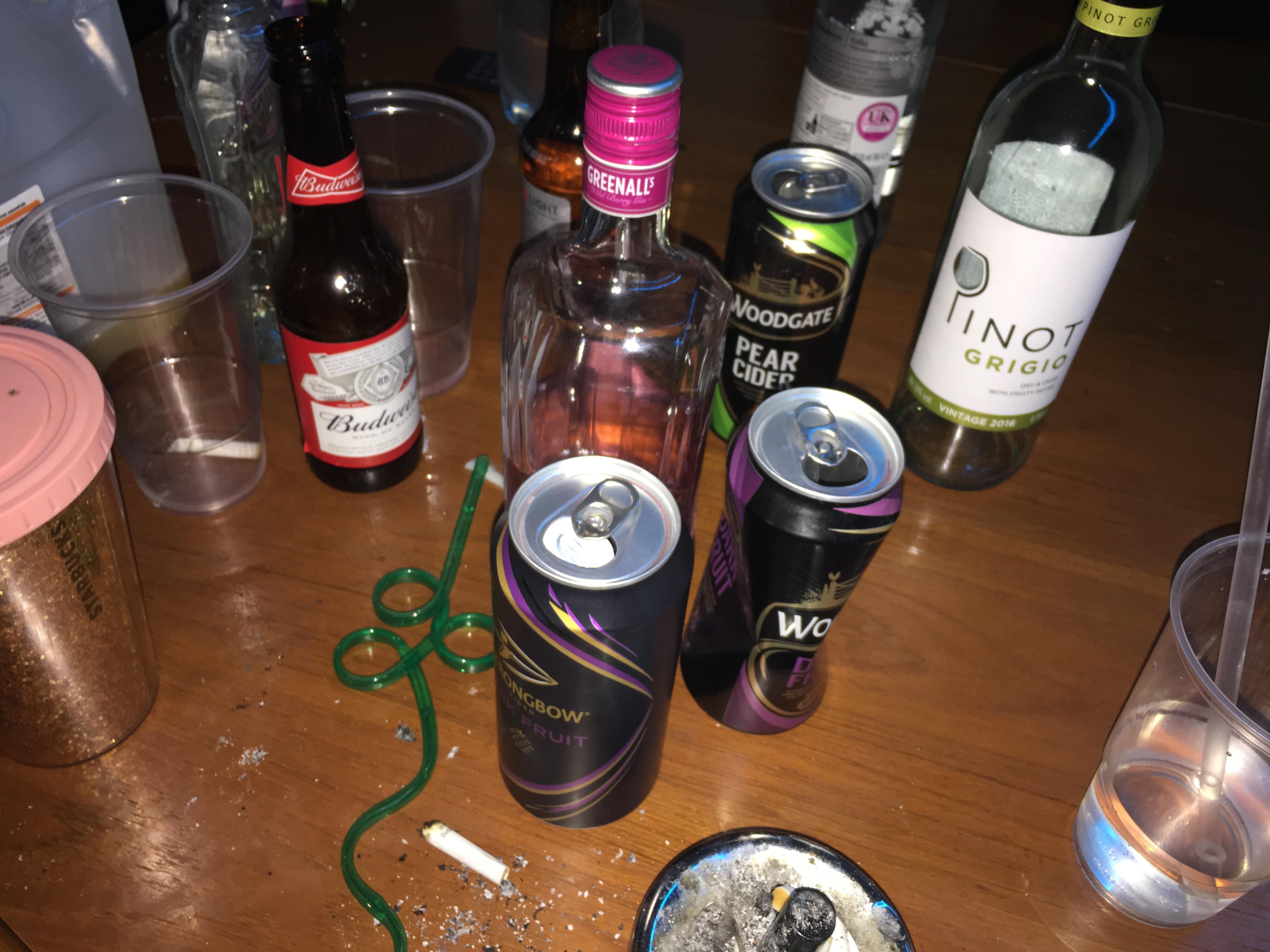 Who even brought the Strongbow

Strongbow is double the price

Strongbow is what desperate freshers drink when nothing is on offer at Tesco and haven't discovered the magic of lidl yet. The only place you will realistically see Strongbow is in Taly Gate because everyone there can afford it like it's water. £4.50 for a pack of four? No thanks I'll take my trusty Woodgate.

It fills the hole from lack of VKs

We all know in Cardiff, VKs are the go to drink on a night out. But with them being only sold at Asda and being £10 a crate, they aren't an option for pres. Where even is the nearest Asda to Cathays? No one knows because Lidl is the only place anyone in their overdraft shops. Woodgate is the perfect solution to fill the hole and make you forget about VKs like you forget about an ex (only to be drunkenly reunited at the SU where you'll regret it the next day.)

A bottle of Woodgate dry cider is five per cent!

You're really getting your money's worth when it's five per cent and £1.99 for two litres. Most ciders and beers are only four per cent so with Woodgate you really are getting your money's worth. You get smashed quicker, absolute two litres of holiness. A bottle of Woodgate dry cider and Simply blackcurrant squash is for those who really are at the limit of their overdrafts. 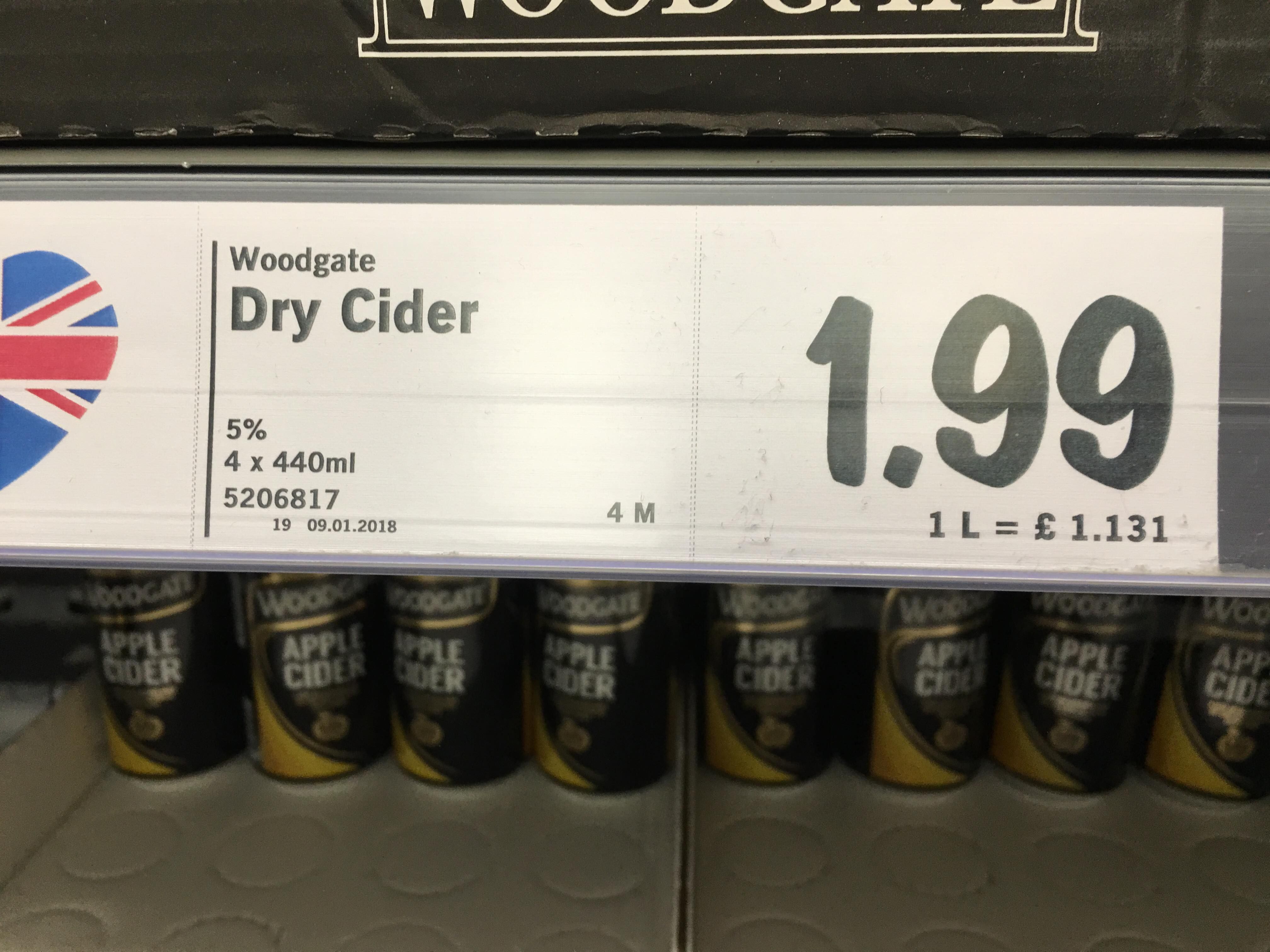 The hangover isn't even that bad

With most ciders, because they are dry, they dehydrate you and you'll get an awful hangover. But if you stay off the VKs and stay on the Woodgate, it's guaranteed your hangover won't be nearly as bad and you might actually be able to make your lectures (maybe even a 9am if you're a fresher). 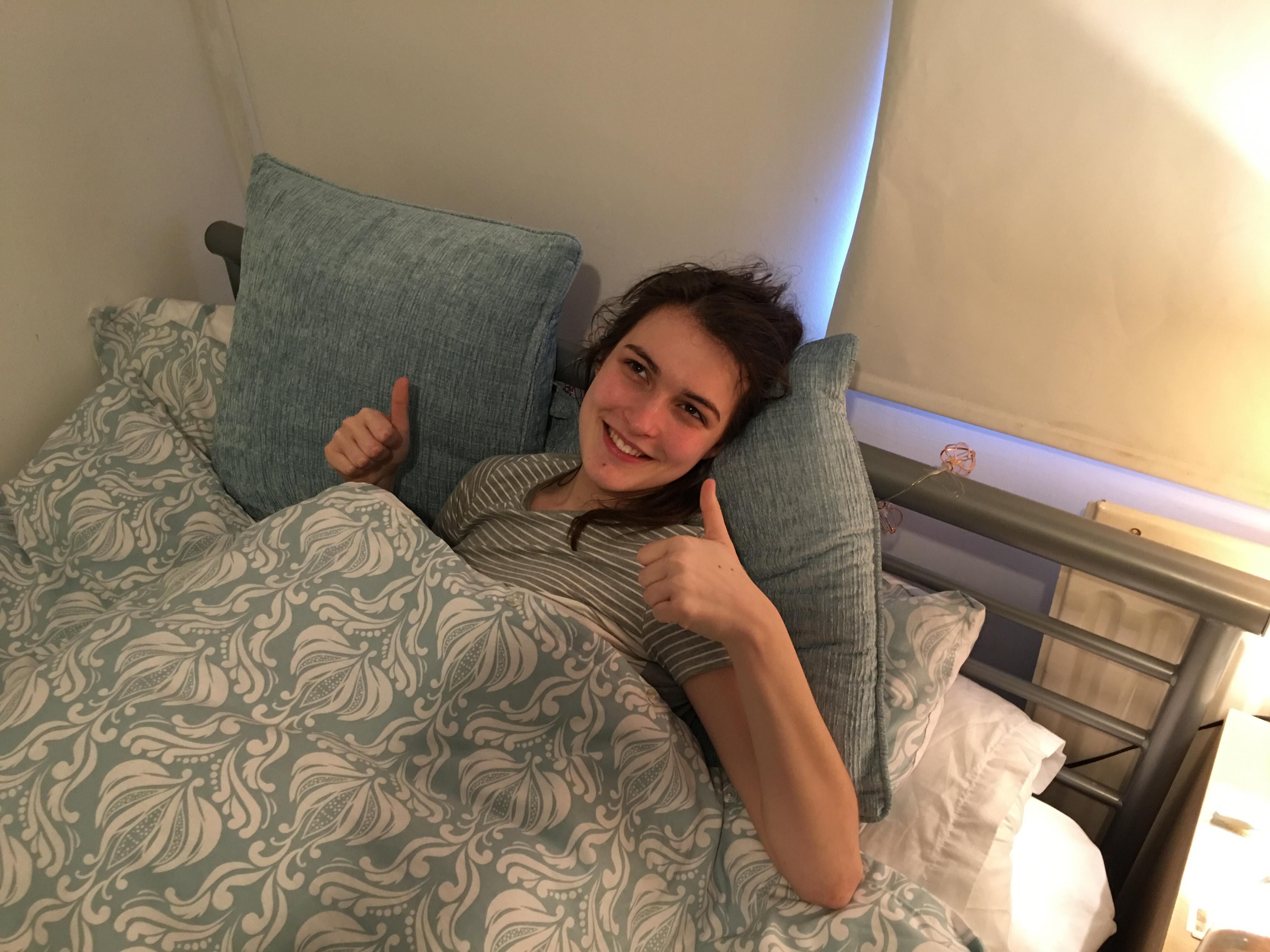 Woodgate, honestly you've stolen my heart, the cocktail of dark fruits in the most elegant can you can imagine. Ah Woodgate, you are honestly the best, never change x

KFC has really outdone itself