A fire broke out at Tesco Extra on Excelsior Road this morning.

Scared staff and shoppers were evacuated to the car park at around 10am – before fire fighters tackled the blaze. 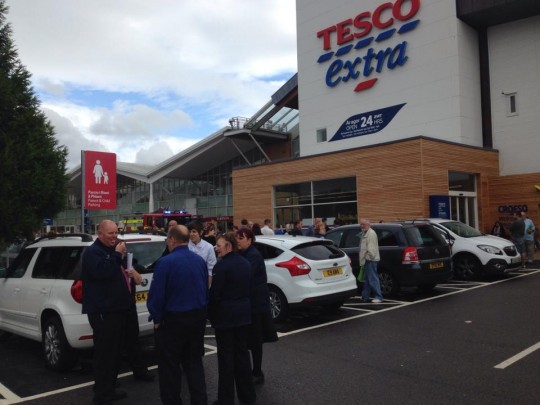 The fire is said to have started in the plant room of the store next to Talybonth North. 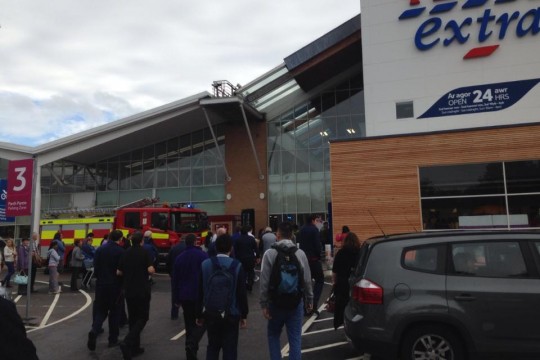 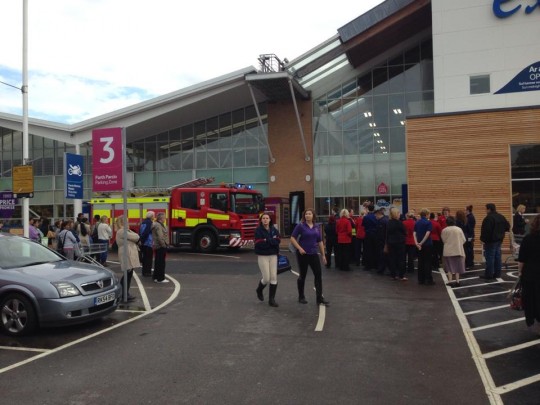 Staff at the scene said no one had been injured.