Stripped of its performance history, John Haidar brings the classic tragedy of ‘Othello’ to the Cambridge Arts Theatre with a fresh and thrilling interpretation of a much-loved classic. In an abstract and eerily bleak world, Shakespeare’s highly charged landscape of emotion is given a new potency.

On entering the Cambridge Arts Theatre, I was greeted with a plain black performance space featuring a shockingly large, elevated black circular podium. Monumental in width and height, this second stage seemed to tower above the audience, bringing an added platform and boasting an internally hidden room, significantly, the room in which Desdemona, Emilia and Othello all die.

Othello's public, exposed and militaristic career was thus physically embodied against the domestic sphere of his relationship. Bringing the previously hidden room into the open space of the stage during the second half of the play highlighted the fatal convergence of public and private existence which ultimately results in the tragedy of the play. 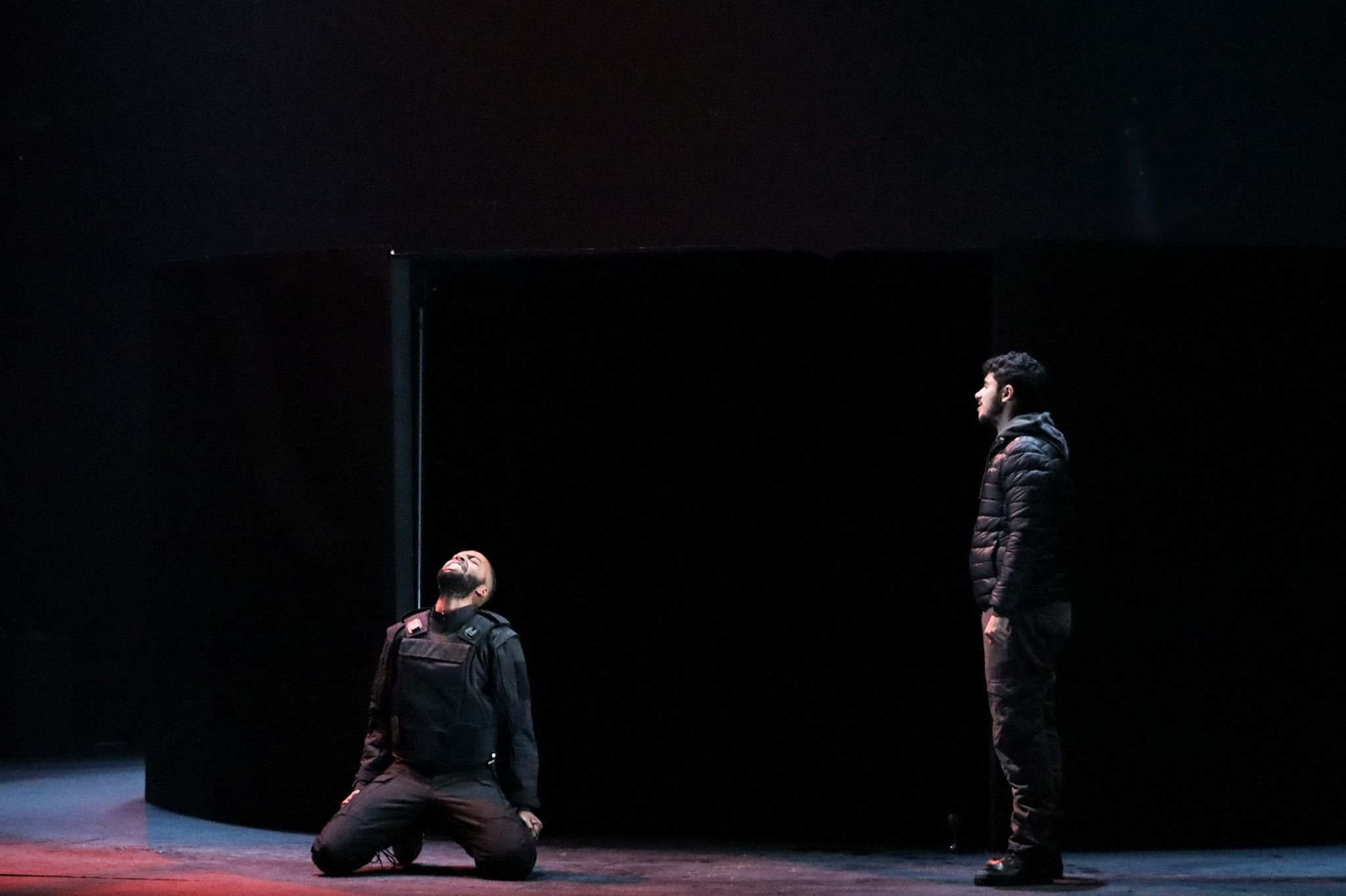 Above the podium, a large neon light ring hovered ominously and flashed periodically, shifting from blue to orange to green in tone throughout the performance. Accompanying this, loud tones of electronic sound featured, marking the colour-changes and bringing an expressionistic resonance to the show. A stormy blue sky? Iago’s ring of hell-fire? The pulsating green eye of jealousy? My mind was captivated by the ambiguity. The play really brought out the multitude of themes in Othello.

Removing Othello from its contextual background enabled a fresh modernisation, a translation from the Jacobean theatre to the raw, the real, the original. Actors were dressed in modern clothes: Iago’s black puffer jacket, Desdemona’s white Nike Air Force, Othello’s bullet-proof vest. Such outfits tied into the overwhelmingly raw newness of the play and emphasised the visual abstraction in the performance.

I felt as though I was watching an entirely fresh script, a script which was unashamedly gritty and irrevocably tied up in a contemporary context. And yet there was a simultaneous simplicity to the show’s tone: a sense that it was not entirely modernised, but rather crystallised, around key themes of love, loss, deception and jealousy. Director John Haidar showed how such themes continue to remain as powerful as ever, transcending time, space and context to produce a nuanced and complex ‘tragedy of jealousy’. Shakespeare’s expression in this play is a significant landmark in the evolution of the human condition. 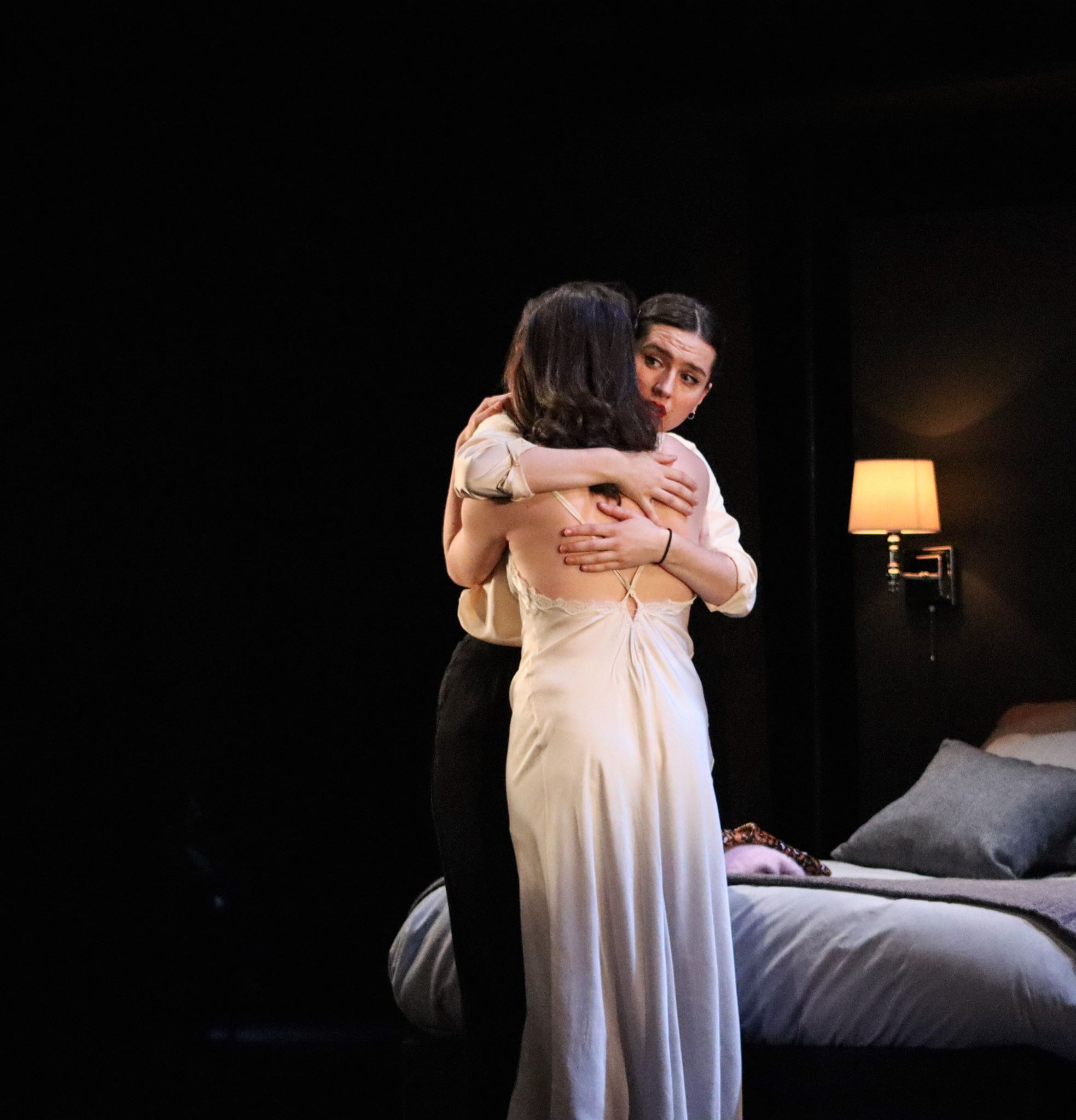 The principal actors continued this careful blend of timeless simplicity and 21st century modernity through individually spellbinding and thought-provoking interpretations of their characters. Particularly outstanding was Bilal Hasna’s ‘Iago’: bringing out the truly vile elements of the so-called protagonist's character, Hasna portrayed Iago as an inscrutable man, riddled with insecurities, gently manipulative yet also ready to snap at a moment’s notice.

During a memorable scene, Hasna danced comically with a mop to ‘Mr Brightside’, and I found myself forced to re-consider the true meaning of his poignant statement, ‘What’s he that say I play the villain?’ How could this funny, loveable character also be the one who brings about the brutal destruction of Othello (his commanding soldier), Emilia (his loving wife) and Desdemona (his trusting friend)? When torn in this state of questioning, Bilal’s portrayal of Iago reminded me of Samuel Taylor Coleridge’s description of the character's ‘motiveless malignity’. I was prompted to analyse Hasna's character through the lens of a disillusioned, post-truth society. 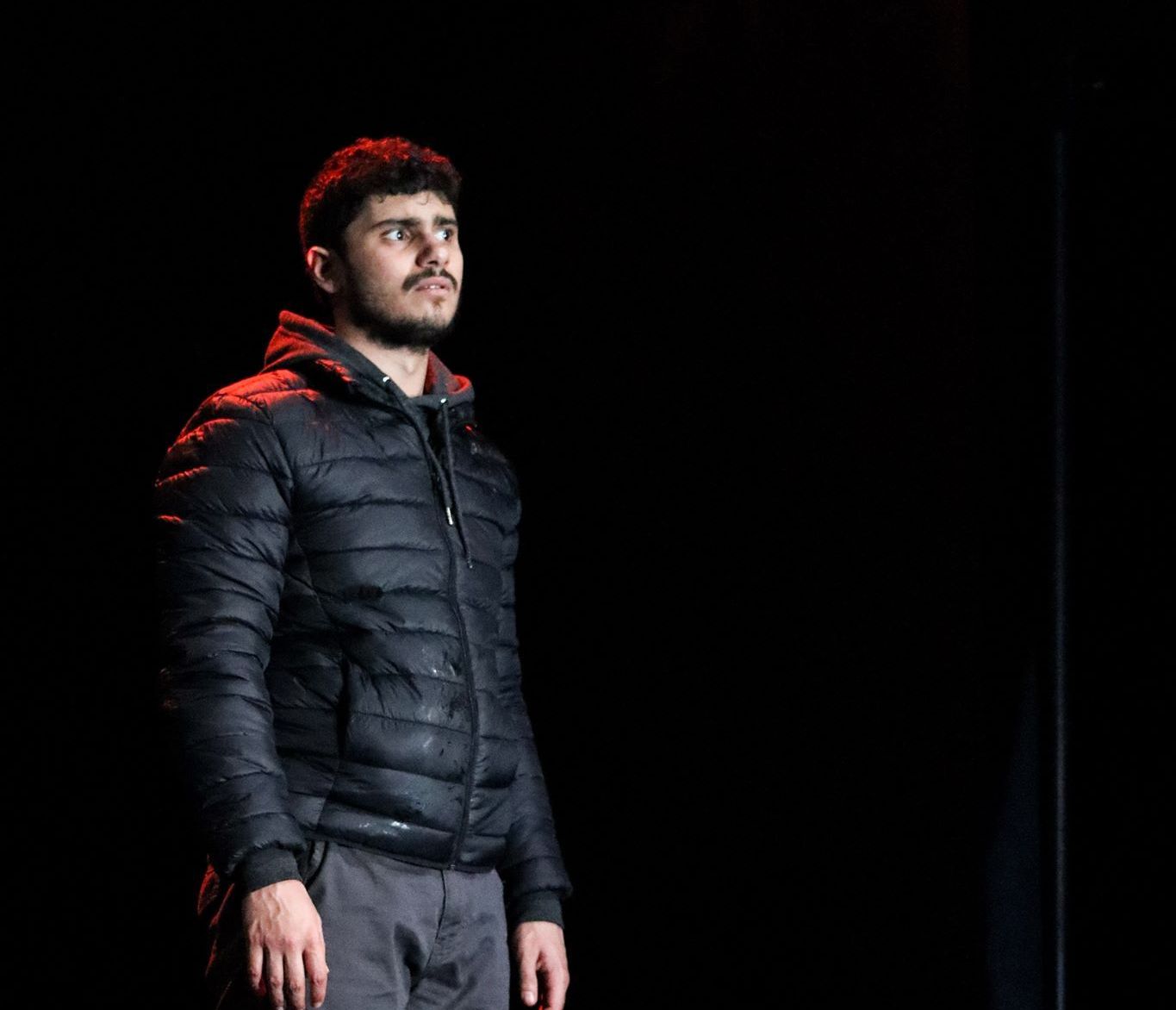 The scene of the exchange of the infamous handkerchief between Iago and Emilia was truly shocking. Beginning with strangely sexual and animalistic undertones, it slowly descended into the worryingly manipulative as the audience witnessed a quasi-rape scene. Anna Wright offered a bold yet conflicted Emilia, mentally and physically manipulated by a scheming husband, but unashamedly certain in her statement, ‘Let husbands know/ Their wives have sense like them.’

Emilia's scenes with Desdemona were touching and both actors portrayed a convincing bond of womanhood, united under threat from their manipulative husbands.

Georgia Vyvyan deserves a huge amount of credit for her depiction of Desdemona. Strong and unashamed in comparison to previous depictions of the meek and mild Desdemona, her confidence in the face of Christopher Dean’s magnificently fraught and repressed Othello were especially moving. She brought a new, vital dimension of boldness and innocence to the role of Desdemona which was both refreshing and exhilarating.

Ultimately, the play showcased a delicate blend of tragic, disturbing and poignant scenes.

It is an accessible and original take on one of Shakespeare’s favourite tragedies. A powerful performance and an impressive cast, I would thoroughly recommend this show.