One unlucky student was hit by an opening car door outside Catz, whilst another was hit by an ambulance leaving the fireworks on Midsummer Common. I thought ambulances were supposed to protec, but maybe they also attac (I tried to do a meme and failed).

He protec, but he also attac pic.twitter.com/sgu3oqJdkw

How will Girton students cope if the roads are no longer safe??? Will they just stay in their little enclave up, never to be seen again? Who knows!

Drone goes missing in the Cam

Someone was spotted wading through the River Cam at 9pm in the evening looking for their drone, which had been dropped/landed very badly into the river. The man was apparently wearing a full suit. Clearly a very committed guy (given that drones can vary in price between about £20 up to a £1,000, I'm betting it was on the more expensive end).

The River Cam is notoriously disgusting, with reports of illness as a result of swimming in the Cam being numerous. We could hope the suit protected him but Moss Bros are not known for their disease control, sadly.

Someone took their AirPods to Wednesday Cindies and lost them

AirPods aren't a big enough flex anymore (and especially not in Cambridge) to be worth taking to Cindies. I'm baffled. The owner was apparently reunited with their singular AirPod however, so this story has a seemingly happy ending.

An email was sent to Emmanuel students this week inviting them to a Symposium (I googled it, it's a fancy word for conference) at CUHK. Classes are currently suspended there due to clashes between students and the police, as part of the wider pro-democracy movements that started in Hong Kong over the Summer.

With classes cancelled until January 2020 across Hong Kong's universities, as well as Sheffield, Warwick and Edinburgh universities calling back their students from Hong Kong, the situation there is not the most safe at the moment. 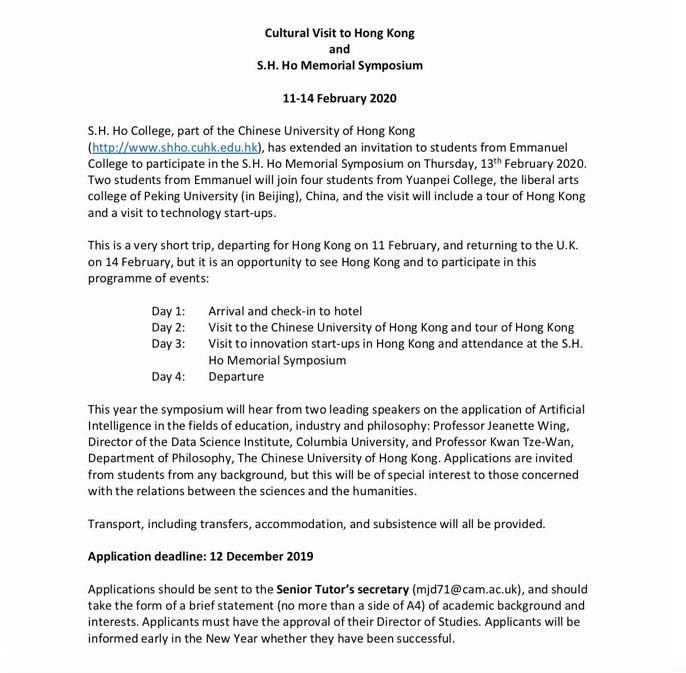 The English faculty have been spamming their students with emails about the disrepair of their doors. The Facilities Team almost fixed them on the 12th, but misaligned the set of the sensor, resulting in even more emails. Exciting times in the most dynamic department in Cambridge! 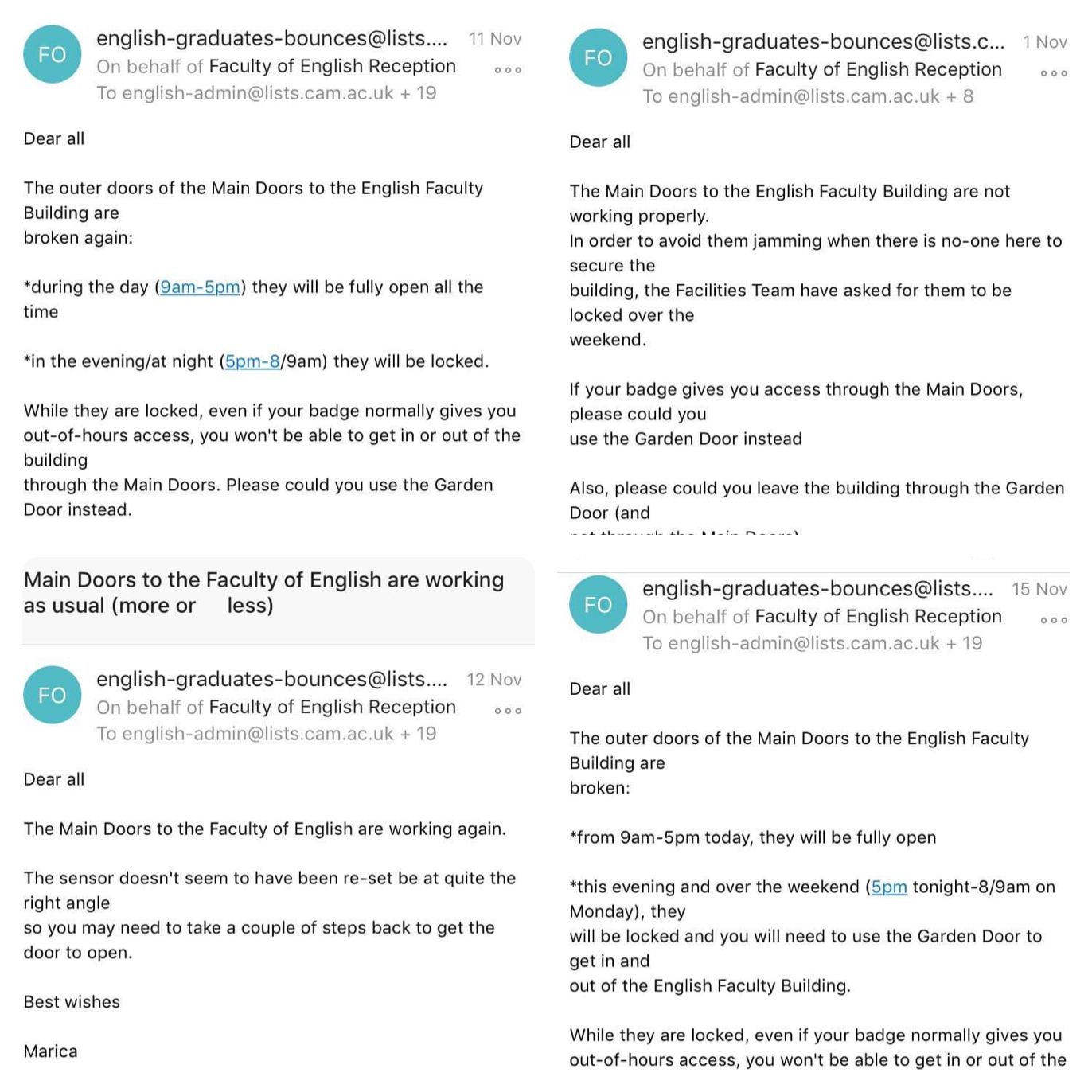 The "only social space in Peterhouse" was left in a state, to the extent that four members of college staff were enlisted to clean it up. Vomit was found in the disabled toilet, as well as on the hessian rug floor. Apparently they are very hard to clean, or so the JCR president asserts in her email.

24/7 access has since been revoked, and the opening times of 8am-11pm have been reintroduced. The 24-hour access was only introduced in Easter. Peterhouse really know how to party (in their JCR only, they have no other social spaces).