University of Warwick calls back all exchange students in Hong Kong

The reason they gave was for the students ‘personal safety’

British Universities are calling back all students currently studying in the city of Hong Kong.

Today, Warwick students received an email by the university saying the decision was made "on the basis of first hand feedback and media coverage."

The University said for reasons of "personal safety" it was "no longer appropriate for our students to remain." This follows on from the recent protests that have been happening in Hong Kong.

Update: The University of Edinburgh has also announced it will be recalling students from Hong Kong. 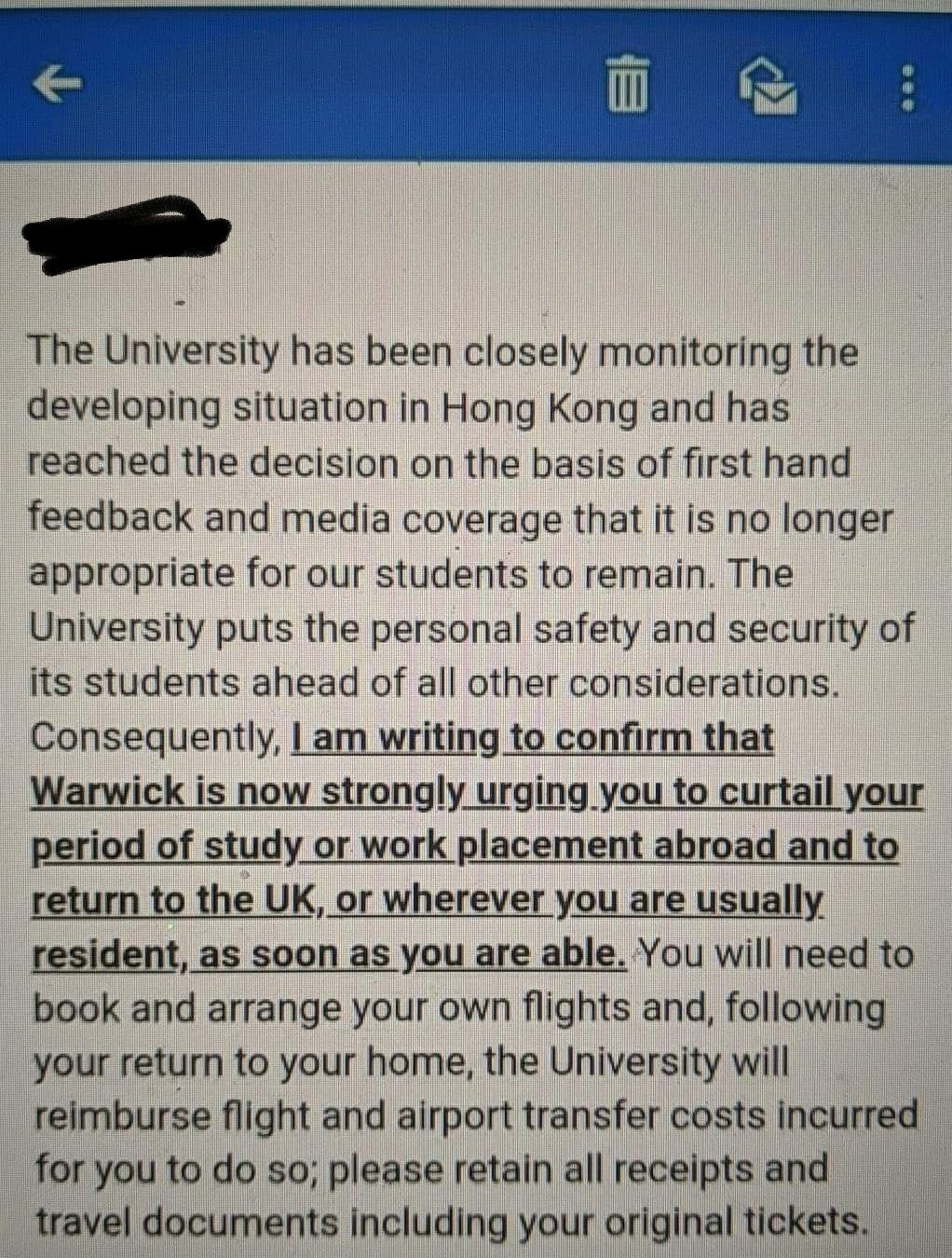 The email instructs students studying in Hong Kong to "book and arrange your own flights" adding, once they have returned home "the University will reimburse flight and airport transfer costs."

The email says students should return to the UK "as soon as you are able."

A spokesperson from the University told The Warwick Tab: "Many Universities in Hong Kong have suspended their operations due to the developing situation there.

"Like several other UK universities we are contacting Warwick students and staff in Hong Kong and offering them the opportunity to return to the UK and are advising them to do so."

Protests over the situation in Hong Kong have been held at universities across the country, including Exeter, Sheffield, and Warwick.

Are you currently studying in Hong Kong and has your university contacted you? get in touch with any information: [email protected]