“The Corpus Clock is a clock, move on”

Cambridge, our home. Envy, they say, of the world. Magnet for international tourists. But has it ever occurred to you that there are somethings in Cambridge might not be as wonderful as we are led to believe? Perhaps some eager travellers are thoroughly disappointed with our termtime home?

I took to Trip Advisor to survey the good, bad, but mostly the ugly, in the name of investigative journalism.

Set within Queens' College – it's the perfect photo opportunity spot, a supposedly unmissable stop on a tour of the city. A bridge between the old and new, quite literally in the case of Queens' accommodation. But at the end of the day, isn't it just a wooden bridge? Sadly, not enough people agree with this reviewer to get OUT OF THE ROAD during the 8.55am lecture rush down Silver Street. 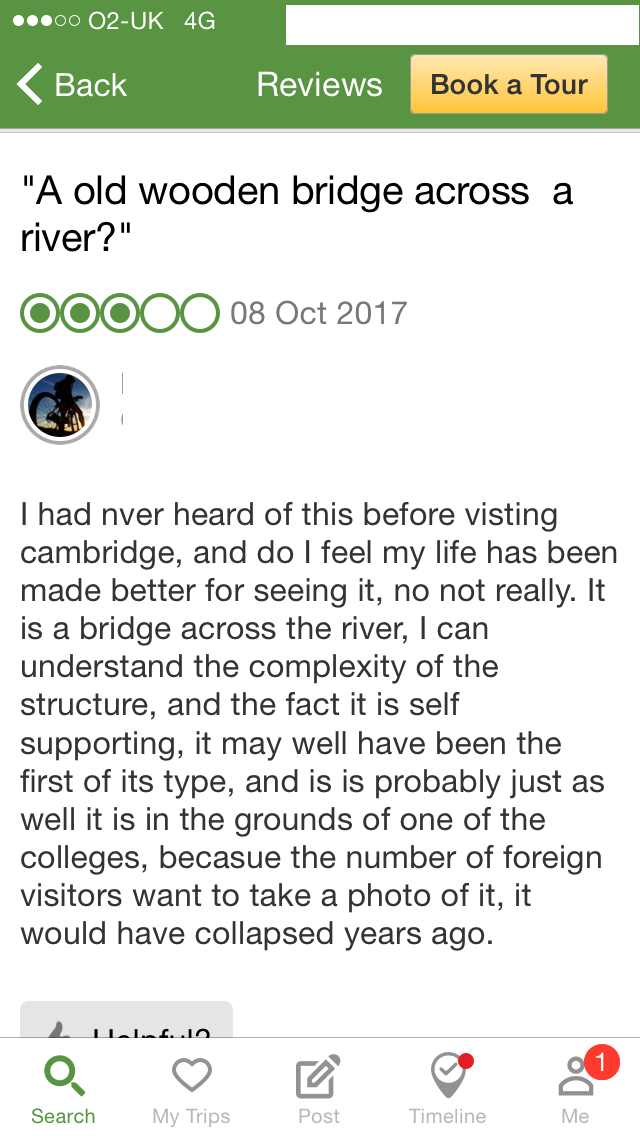 A nice hill, but a hill nonetheless. Not even a bench. It's not a real hill without a bench. And a terrible 'vie', allegedly. 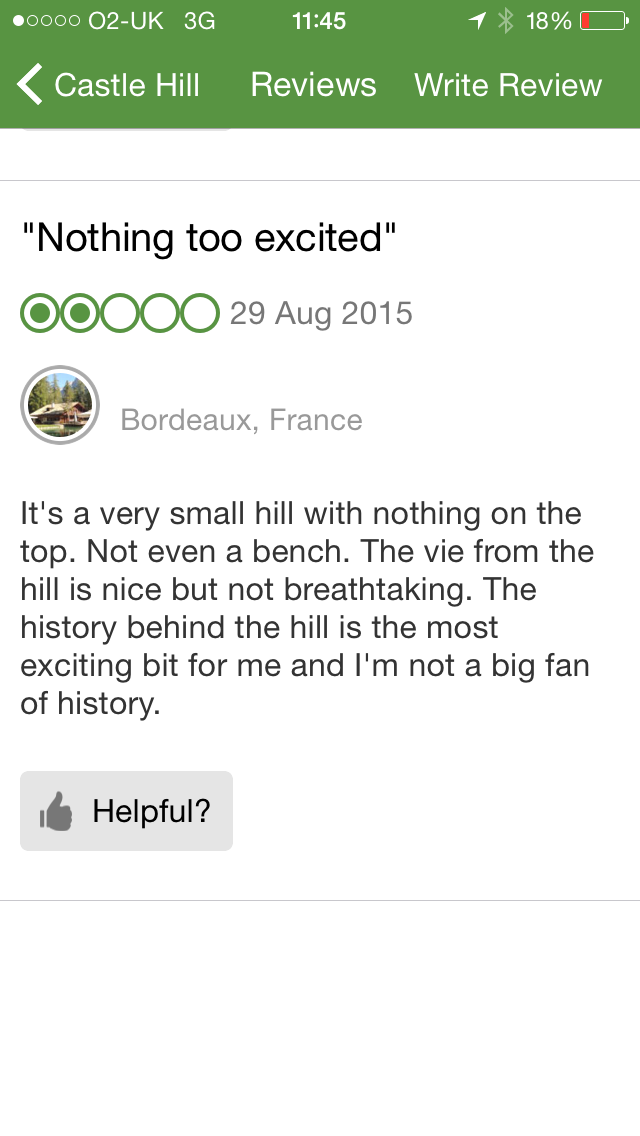 Quite what attracts tourists and locals alike to this brass 'clock' is beyond me. I suppose it serves some purpose in reminding us of our own mortality. 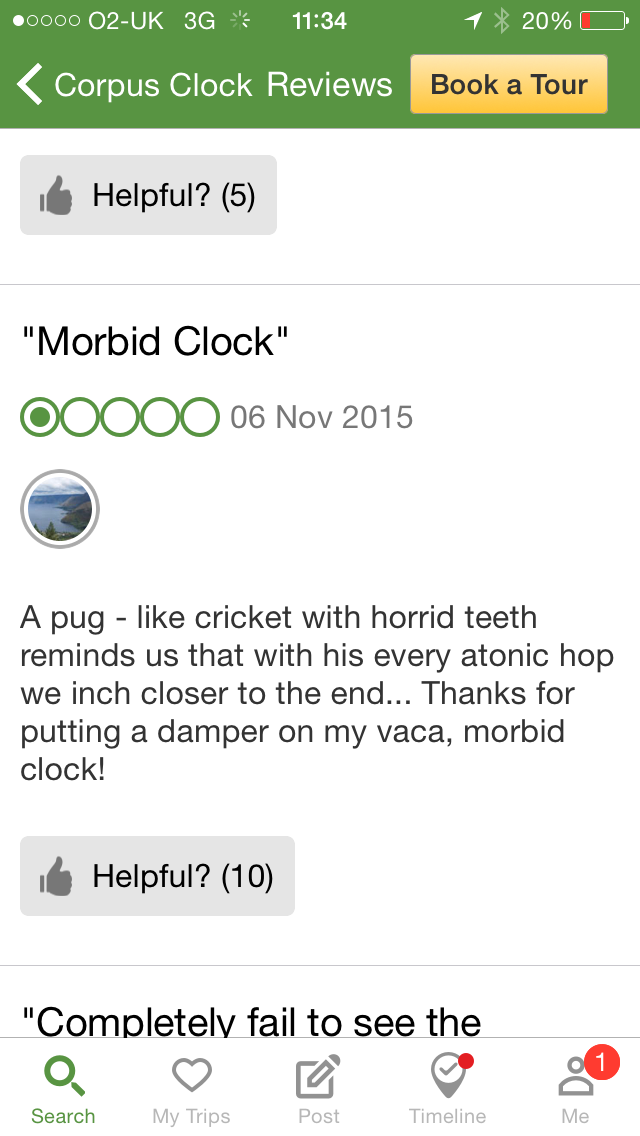 With one of the largest collections of minerals and fossils in the country, this museum ought to rock your world. Or not. Ask a NatSci, idk. 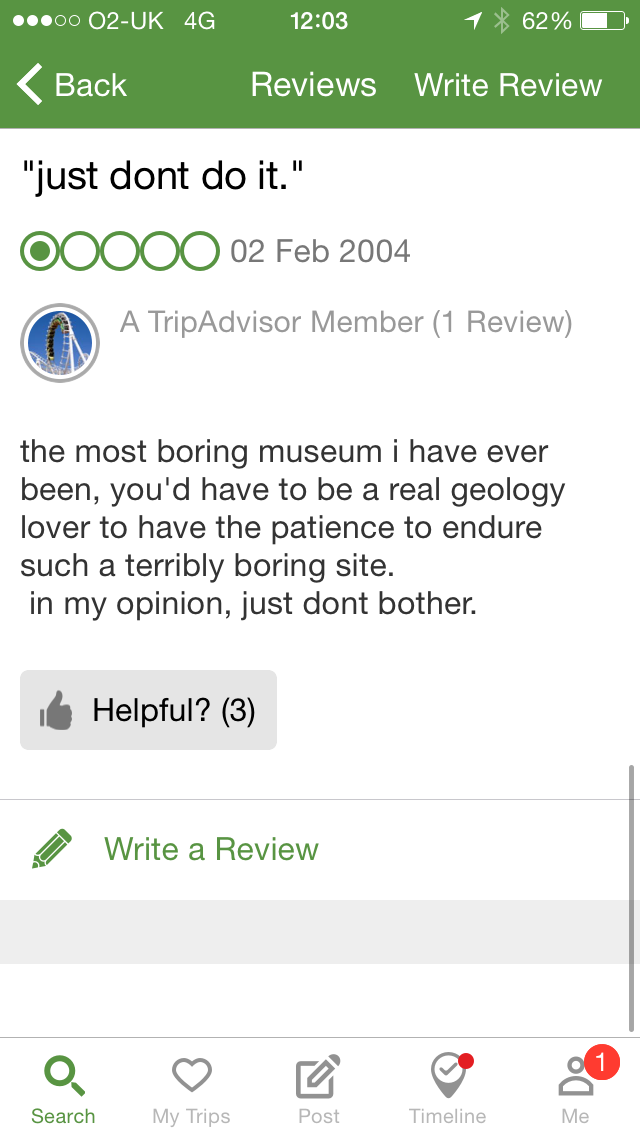 With its neoclassical facade and stunning interior, along with groundbreaking exhibitions, the Fitzwilliam is one of the most impressive sights in Cambridge. Sadly, in the world of the ever shortening attention span, a lack of interactive entertainment is destined to disappoint, or even bore you to death. 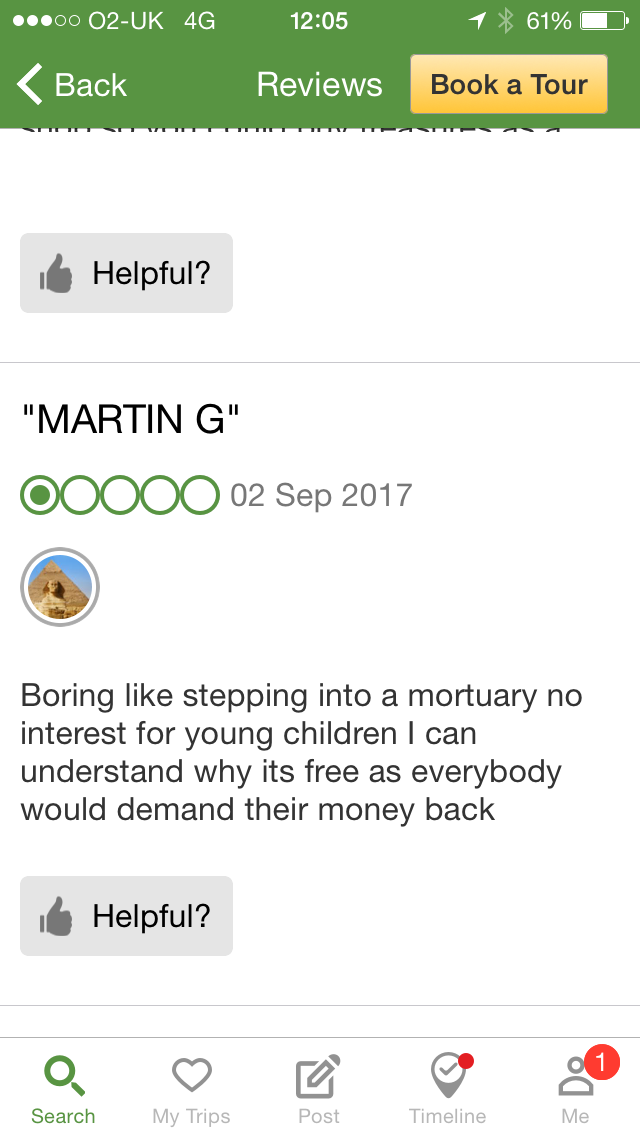 The Rivalry between John's and Trinity is iconic, so this must hurt. But to be fair, the John's entrance fee is brutal and borderline taking the piss. Shame the reviewer subsituted spelling for frustration. 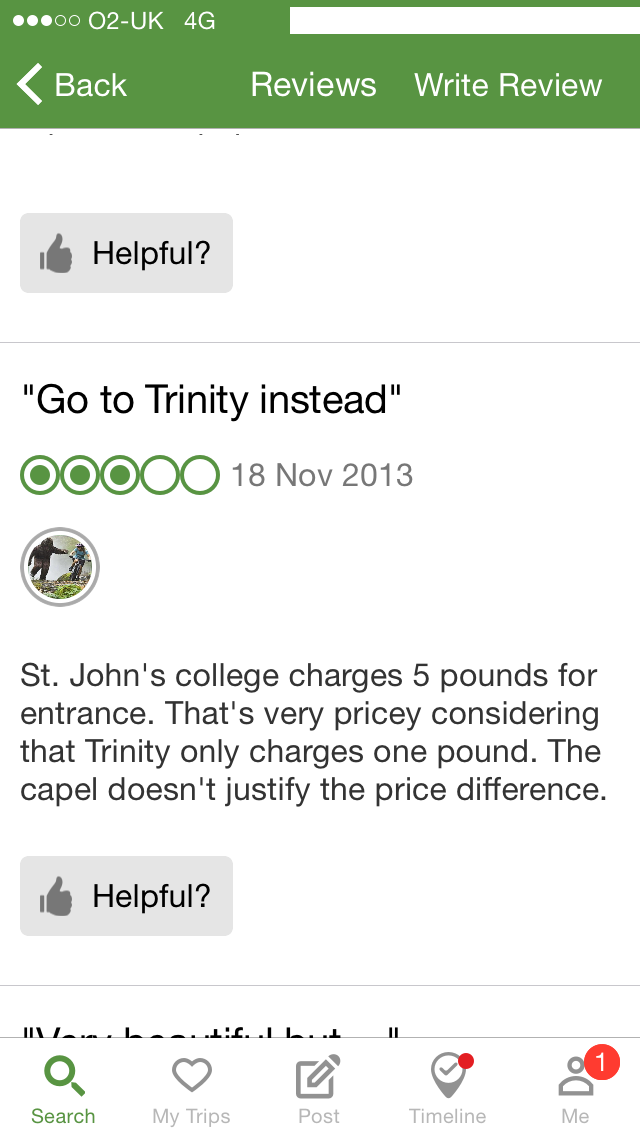 Located round the corner from Caius, Lotus Thai appears quaint. Never judge a book by its cover though, but always judge a place by its TripAdvisor rating. 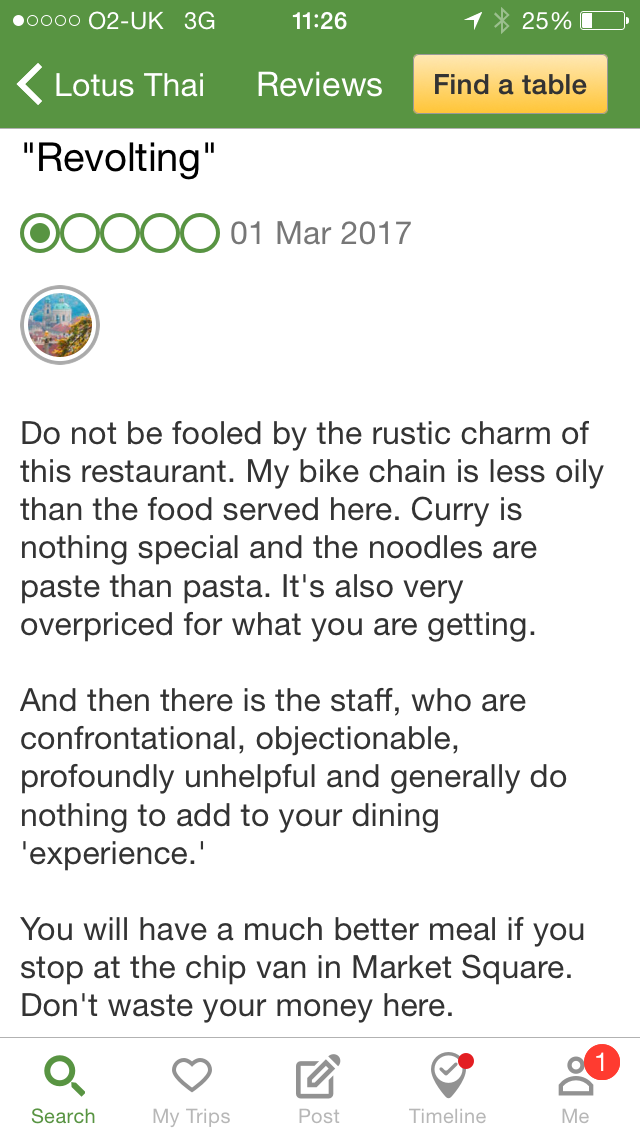 So there you have it. Luckily for those of you in need of an ego massage, most reviewers are overwhelmingly positive in their evaluation of our university town. But Cambridge isn't an unparelleled fount of perfection, even for tourists. Shame they still insist upon clogging up King's Parade at every hour of the day.