Bernie Sanders in Cambridge: ‘We have a very strange president’

The arrival of Bernie Sanders in Cambridge was a partly bizarre, partly surreal experience.

The event saw queues around the block of the Union building, with some hopefuls waiting from four in the morning to catch a glimpse of the Senator for Vermont. 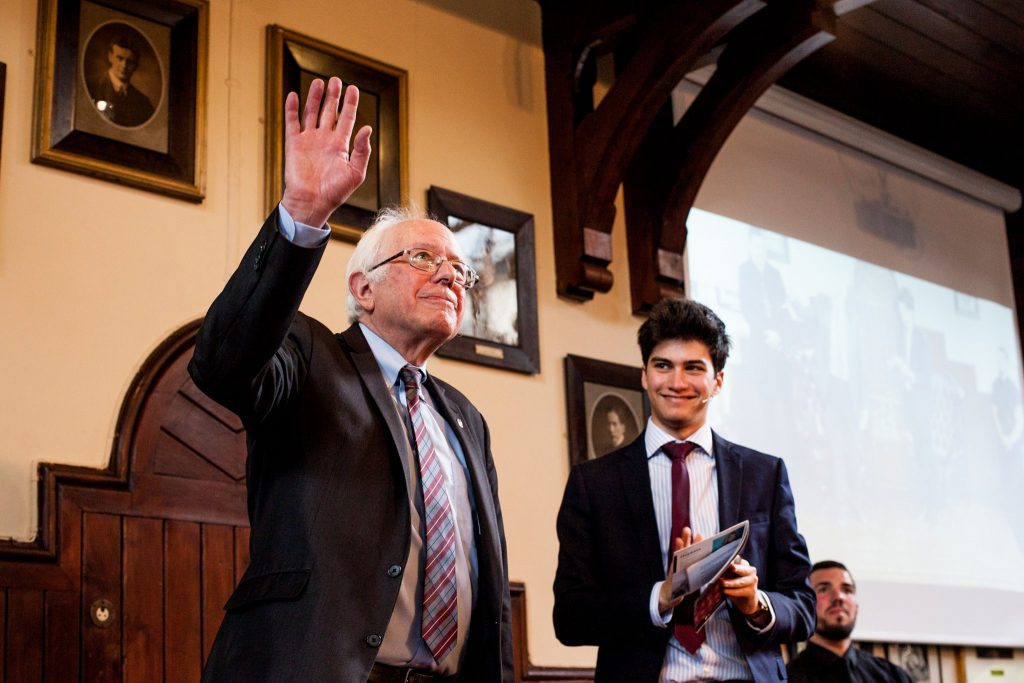 The Senator for Vermont in Cambridge

In a crowd peppered with ‘Feel the Bern’ T-Shirts and Democratic Socialist merchandise, the 2016 Democratic presidential hopeful entered the chamber to rapturous applause. Rapturous is probably an understatement. It bordered on the evangelical. Indeed, for the some in the room, one got the sense that this was quaisi-religious experience.

Sanders was very aware of this audience. “There has never been a generation more open and tolerant,” he told the mainly student filled chamber.  Sanders is currently touring cities and universities across the UK, including making a trip to the Other Place, promoting his book Our Revolution. This precipitates some embarrassment:

“My publisher asked me to mention this,” pointing at a copy of the book. It seems the chains of capitalistic venture are hard to break, even for a revolutionary.

Talk quickly turns to the issue of the hour. No, not the UK election (this is evidently a peripheral concern to the Senator), but President Trump’s recent decision to withdraw the United States from the Paris Climate Change agreement.

United States policy though, he assures, is not just Donald Trump, a message he is really keen to convey.

“Despite what Trump said, America will go forward in tackling climate change,” Sanders indicating that Congress would give the President a rough ride indeed. 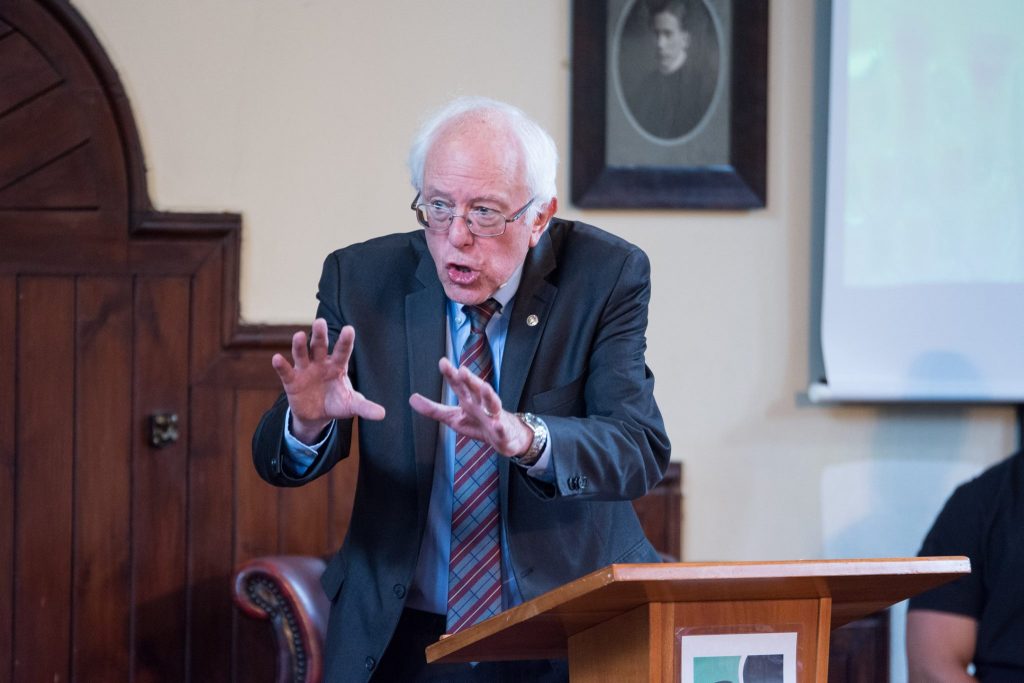 Healthcare is also an area where it’s clear Sanders is preparing to dig in. He’s a huge fan of the NHS, the foundation of which in 1948 he described as ‘revolutionary.’

“We look to the UK as an example for Healthcare reform,” a line that was greeted with keen applause.

Sanders has clearly been an outsider in American politics throughout his life, and he takes issue with almost all of the former incumbents of the White House (including Barack Obama.)  Trump, though,  is different.

“We have a very strange president…we have a president more comfortable with autocrats than democratically elected politicians.”

It’s clear that Sanders just thinks Trump’s a plain old crook. The President’s attacks on the media, he rallies, are “how you end up denigrating democracy.”

At the same time though, it’s also plain to see that Sanders sees Trump as a symptom, not a cause. “There are millions of people left behind by the globalised economy.” The cause? We are left in little doubt.

“It was the Democratic Party that lost last year, Trump didn’t win.”

His support for Jeremy Corbyn is encouraging, but it’s hardly the firebrand stuff we’re used to hearing from him. Much more feel the bern than jez we can. 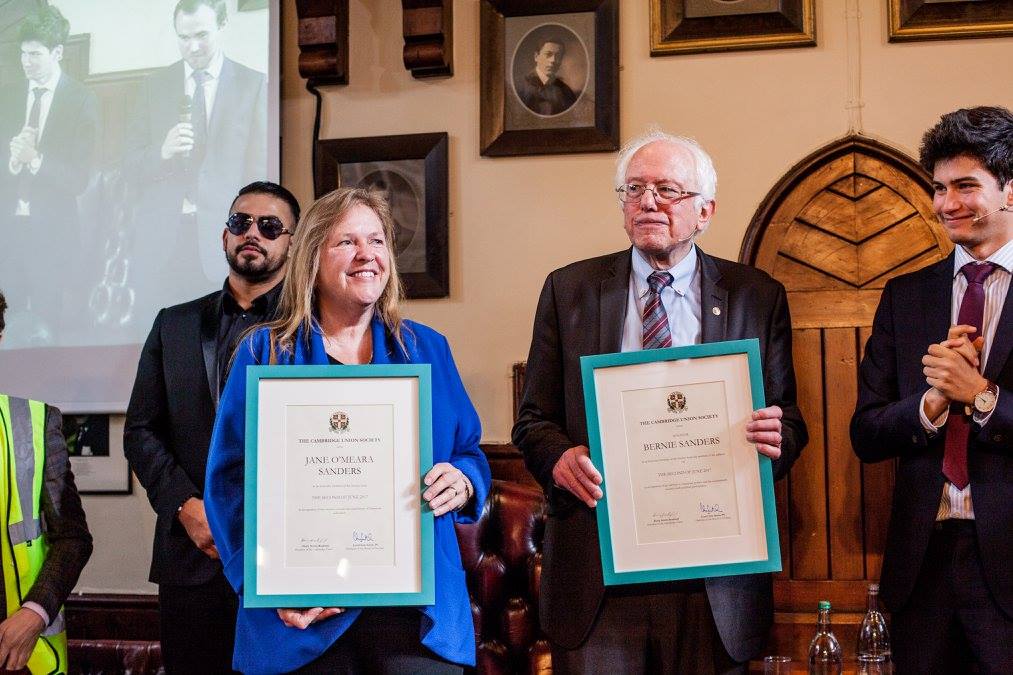 Following his speech, Sanders and his wife Jane were made honorary members of the Cambridge Union, an honour shared by the likes of the Rev. Jesse Jackson, Sir John Major, Emperor Haile Selassie of Ethiopia and the Prince of Wales.

It seems the membership fee of £199 was waived on this occasion.