This morning, the words ‘Locus in Domos, Loci Populum’ were found sprayed onto a row of luxury homes. While locals have shown solidarity with the message of the sign, a Cambridge academic was not impressed with this sloppy grammar.

As if Cambridge couldn’t get any more academic, the graffiti was found following controversy over the destruction of a local pub to make way for luxury homes. Dr Charlie Weiss, a fellow of Clare, translated the message as “a place for homes equals places for people.”

Dr Weiss was also skeptical about the vigilante’s command of the Latin language, pointing out numerous errors. In a textbook example of classical sass he said: “His capital D is odd. I assume this is an impossible form of ‘domus’ and that the word ‘houses’ or ‘homes’ is meant, but if the lettering is deliberate it could refer to some non-declining proper noun, like a place or even a person.” 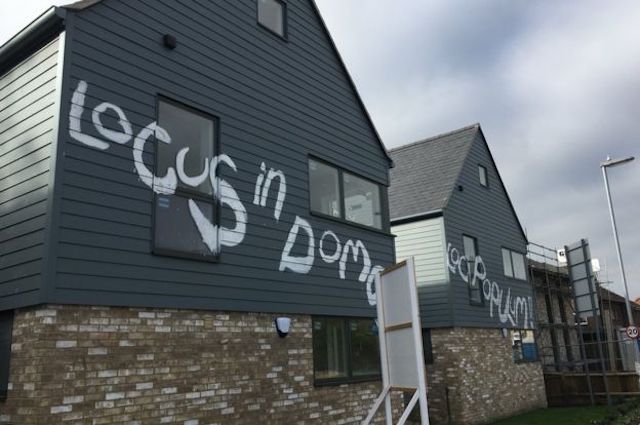 “This is the most Cambridge thing ever”

He went on to criticise his case declensions, saying: “’Populum’ is also very odd. I assume that a genitive or dative is actually meant. It could be a rare spelling of the genitive plural but given ‘Domas’ that seems unlikely!”

Despite the slipshod language, the local community wholeheartedly supported the gesture. A local resident stated: “The graffiti reflects a mood in the area about that particular development…they are just massive houses and no one locally would be able to afford them.”

Commenting on the graffiti, one classics finalist from the university commented ‘Glad to see someone is making good use of Latin composition supervisions.’ 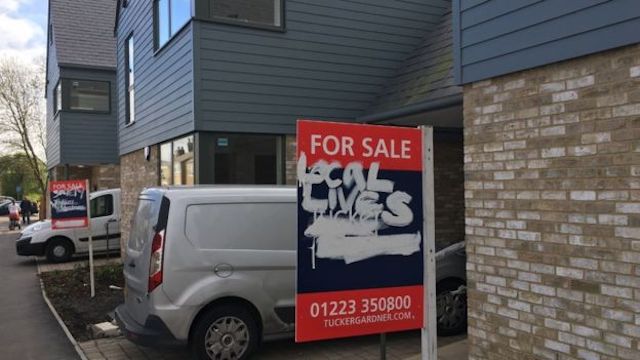 Some graffiti was in (mercifully correct) English

She also suggested that the joke was on the wealthy owners of the properties: “I think people think what’s written is funny because it’s on millionaires’ houses – basically it’s a comeuppance.” I am unsure whether she expected them to be appalled by the quality of ‘pidgin Latin’ or whether the embarrassment of having paint all over your house was punishment enough.

It’s as yet unclear whether the graffiti artist was under the impression that Latin was the lingua franca in our oh-so-studious city, or whether this is all an elaborate meta-joke by a sniggering group of procrastinating classicists.