The statement comes after incidents that appear to have had anti-Semitic motivations were brought to attention in Cambridge.

These included the spreading of flyers, suggesting that the official version of the Holocaust is ‘demonstrably false’, and the drawing of swastikas on maps of Jesus Green. The flyers spread from as far as Sidgewick Site to Parker’s Piece. 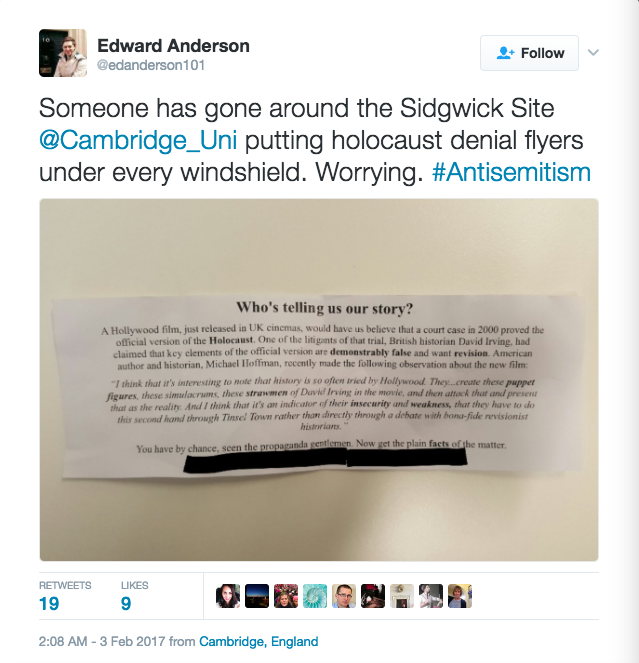 Following these incidents, fourteen Cambridge University societies signed a statement expressing their “commitment to key values”, explaining that they “cannot remain silent, as silence might be interpreted as tacit approval.”

The statement condemned “Holocaust denial, swastika symbols and anti-Semitic assaults or hate speech on our campus… [and] any harassment, any exclusion, any denial of human rights and any form of Holocaust denial.” This final message was reiterated by the Cambridge University Belgian Society on their Facebook page. 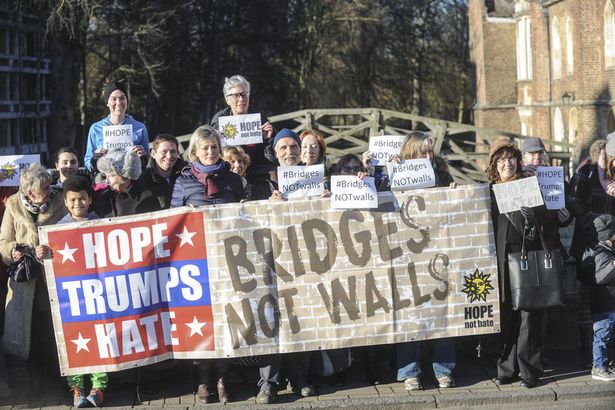 The statement can also be considered as a mark of student solidarity, stating that “each of the aforementioned incidents represents an affront to the fundamental principles of the student body.”