150 sleeping rough in Cambridge: it’s “far easier to ignore the problem than to address it”

Why more people than ever are begging on Cambridge’s streets

New figures published in September say that in 2015-16, there have been 152 registered rough sleepers, which is huge in the context of a city as small as Cambridge

Wintercomfort, an organisation which provides help, advice and welfare services to those who are homeless or vulnerable, reported over 400 individuals accessing their services between April and June this year – a number far higher than the 152 registered rough sleepers.

The Tab has spoken to few people to try and get a better insight into a group that is generally marginalised.

George Clarke is a student at Homerton and is currently working with Jimmy’s Cambridge and Just Love Cambridge in a bid to distribute blankets, warm clothes, sleeping bags and toiletries to those sleeping rough across the city.

Jimmy’s Cambridge is a food bank, shelter and general support service for the homeless, and receives the highest cut of the council’s £700,000 budget for homeless charities and services in the city. Members of Just Love on a community outreach program

The center has 22 beds with en-suites and is aimed towards helping those who are at a high risk of being forced to live on the streets. Between the months of December and March, they provide an emergency accommodation service that can house a further 70 people.

George tells how some of the most pressing issues facing people on the streets come not from food and shelter, with homeless services in Cambridge (at least at the moment) being well stocked with food after Harvest Festival in September. Lack of warm clothing, toiletries, and sanitary products are equally important.

“In the next couple of weeks I’ll be piloting a scheme with Just Love Cambridge to supply hundreds of toiletries and pieces of clothing to Jimmy’s Shelter and Winter Comfort: as part of a city-wide drive for spare blankets, sleeping bags and roll mats we’re trying to raise £500 this side of Christmas for a bulk delivery to ease the pressure on service providers.

“The homeless situation in Cambridge can feel hopeless at first. There are so many people asking for money it’s almost overwhelming and far easier to ignore the problem than to address it. But the truth is that for over half the year Cambridge is our home and as the weather turns we should be thinking about those we share the city’s streets with, those less fortunate than ourselves.”

“We students can make a real difference – all it takes is getting involved be it by sharing the article, donating or volunteering. Just remember, Cambridge has a problem with some faux-homeless people and those suffering from addictions begging in the city centre so if you do give out to those on the streets it’s best to give food rather than money.”

During freshers’ week, colleges often hold talks from police officers where they tell students to avoid giving money to beggars, warning that it will often be spent on alcohol or drugs. Cambridge Constabulary told The Tab “We work really closely with the city council and a number of outreach and support teams. There is a significant number of people who are not homeless, but who will beg to fund addictions”.

“We encourage people to engage in safe giving to charities and those supporting the homeless and helping people beat addictions rather than directly to people who beg as the money often goes to fund addictions and prevents people from getting out of their current situation.”

Earlier in the month, Cambridge News ran a story about beggars pretending to be rough sleepers, commuting to Cambridge in order to make more money than they may elsewhere. To learn more, we got in touch with Kevin Price by day Clare College porter, and by night the Cambridge Council Deputy Leader and executive councilor for housing. 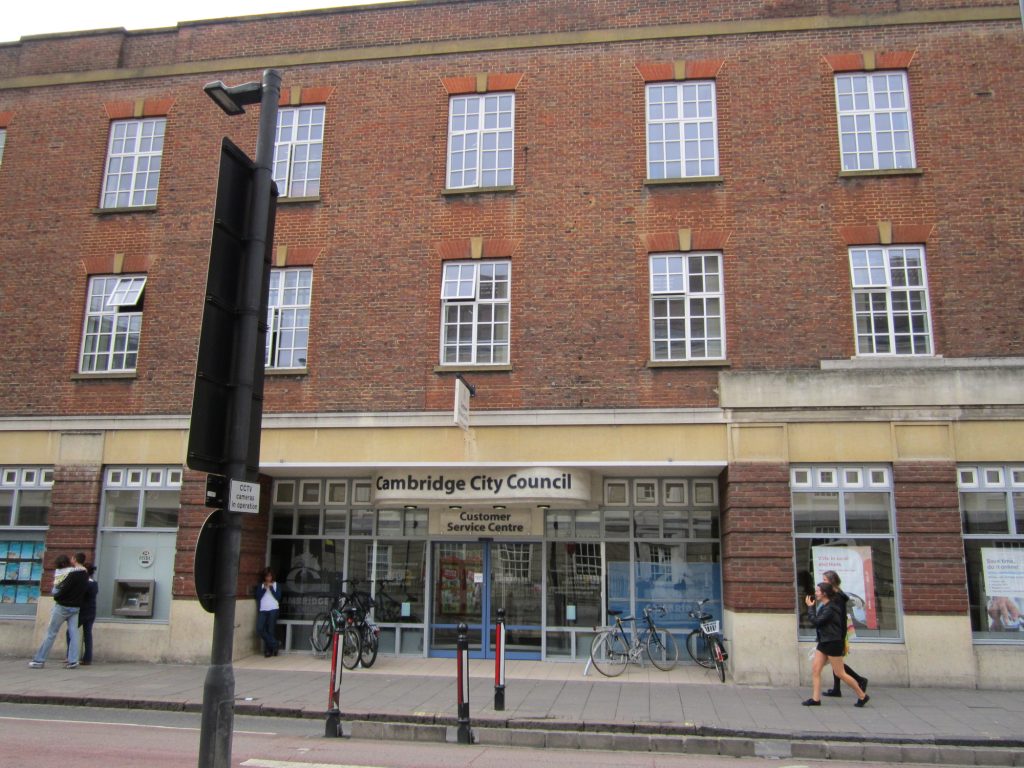 Kevin focused on the importance of prevention – giving people financial advice and helping them to access benefits. A huge part of what the council does is to provide accommodation for people who are either pregnant or have children. Since April last year, 93 people have been put up in B&Bs, with many more in other temporary or emergency accommodation.

He highlighted how council officers are working very closely with people on the streets, with the boots on the ground knowing most of the 150 rough sleepers personally. Kevin explained the difficulty in helping those who resist support. ‘You need to be prepared to change your lifestyle’ he explains, and ‘some people refuse all help’. He notes how ‘if you look hard enough, you will find people [on the streets] who hate us’, despite the amount the council tries to do.

Part of the reason for the increase in homelessness over the past decade is the affordability of homes according to Kevin. The average house price in Cambridge is just short of £510,000, which is more than double the average UK cost of £219,000. Even over the last three years, the average price has sharply risen.

Kevin also traces the increase in homelessness back to the cut in benefits, with young people having little access to public money. He notes how most rough sleepers in Cambridge tend to be under the age of 35 having been unable to sustain private accommodation.

As a council, ‘we do far more than we legally have to’ for the homeless. He asks ‘should we cut back on what we do? Does Cambridge become a magnet because we do more for the homeless than the surrounding area?’

In the coming weeks, Tab TV will release a short documentary talking to people who are either members of or engaged with the homeless community in Cambridge.

If you want to learn more, Just Love Cambridge are hosting Justice on the Streets on the 31st of October in Pembroke where volunteers from Jimmy’s will be sharing their experiences working with the homeless.