What your Cambridge cafe says about you

Let’s be honest, you’re mostly here for the Instagram potential.

You can tell a lot from people by their choice of clothes, car, or where they do the weekly shop. You can also tell a lot about people from where they hang out: their Cambridge Cafe of choice.

From the edgy types who wouldn’t look amiss at Indigo, or the trips to Fitzbillies which you reserve for the bank of mum and dad, here’s a round of up of the types of people you’ll find at the various lunch spots and coffee breaks at Cam.

You like to think of yourself as cool, niche and willing to rough it in a hippy kind of coffee culture way. Perhaps you imagine yourself surrounded by people who sit in baggy trousers with long hair, and smoke pot upstairs around a fire. They have mugs that don’t match, and shock horror, you may have to queue. Yes, this is really like backpacking it in the outback, only with hummus and mango chutney bagels.

In reality, Indigo is the equivalent of going on a gap year. You feel liberated, free and as if you’ve slightly strayed from the beaten track and gone where no man has gone before. But in reality hundreds of hipster wannabes have gone before you and hundreds more will follow. 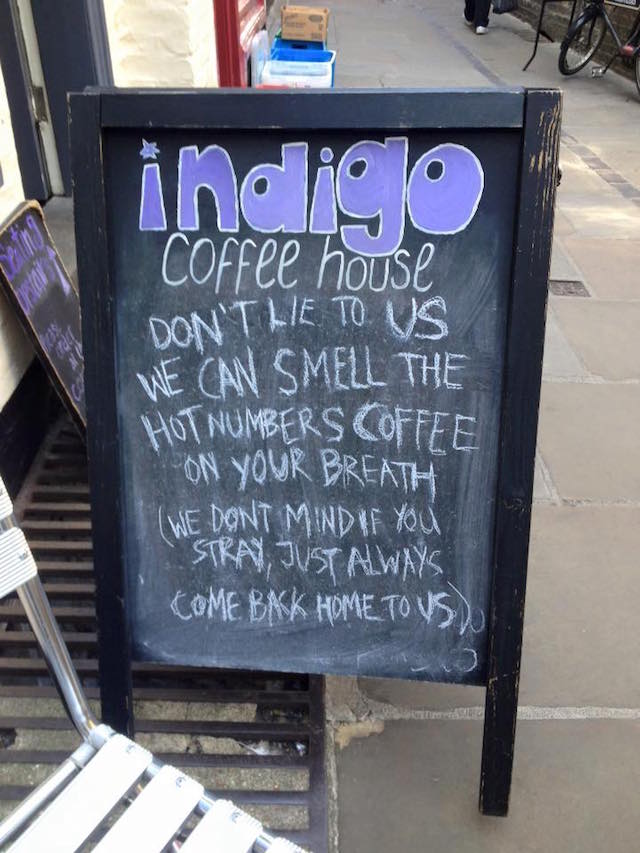 Know your roots. And your coffee house.

You are either a young mother, are having a gossip with some distant family member or have very refined taste. Because Sticky Beaks is quiche. Sandwiches are a no-go and asking for take out is worse than carrying a Marks and Spencer bag around Sainsbury’s.

It’s like Instagram in a world of Snapchat. You can paint an idyllic and perfectly fictional Cambridge, to show off to people who only have a Greggs or Aldi in walking distance.

You are prepared to pay the price for quality, whether it be coffee brewed by magic elves in Outer Mongolia, or a bowl of porridge neither too hot or cold but probably speckled with gold dust.

Hot Numbers is quintessentially Oxbridge; there is a sense of pride in knowing they are the best, but it’s slightly too far out to be integrated with the other lunch spots. It is a bubble within the bubble, where engineers mingle and chat about Quantum Physics, or whatever it is engineers talk about. 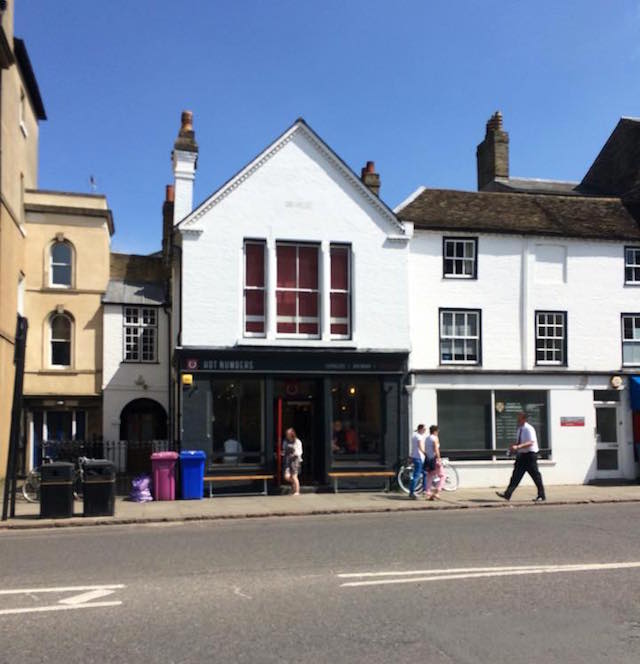 Many people who go in here are middle aged, ex-Cambridge students who want to taste their old student years and think that it might be somewhere hidden in a pastrami sandwich. It’s not, it is in Cindies at about two PM on a Wednesday after a bottle of Vodka, but people are rather happy in playing along. You’ll also find stressed students too lazy to venture much further, but are lured in via cheap lunch deals. An Arts student is a rare spot, though, and they probably will think the name sounds more like a fashion line or candle shop, than a cafe.

Do take note: It has German name is for no apparent reason. It’s not full of Frankfurters and Strudel sadly, and there is no one yodelling. But it does admittedly feel like an Apres Ski bar.

Now, Aromi always has hoards of people queuing outside, and I’ve never quite understood why, as there’s another normally empty one around the corner. My theory is that it is either because a) they have actually tried the pizza and have come to realise it is one of God’s gifts to men or b) they are single and need some tall, dark and handsome Italian eye candy.

The majority of Cambridge’s population will have no hope in hell of correctly pronouncing anything on the menu, but it’s still funny to watch them sound like Mario after numerous failed attempts. 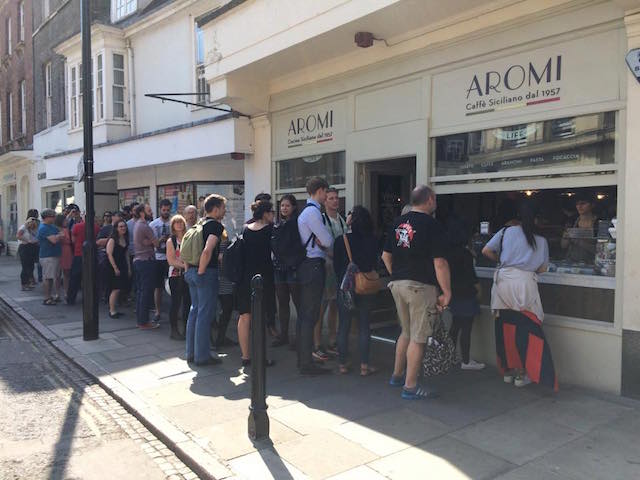 The queue ends where Aromi 2 begins…

You are a proper hipster if you know where this place is, round the back where no one goes. You are a probably a foodie too, as they do some mean sandwiches. There aren’t many people around who could make artichokes and carrots taste like donuts.

I’d suggest people who go here are also happy to go with the flow. Don’t question what goes in as what comes out of the kitchen somehow seems to work. Veggies are welcome but it’s like going to a BBQ and asking if they do Quorn; you constantly end up regretting choosing the ethical road.

This place will be crammed with tourists, or students making their parents pay for ridiculously expensive Chelsea buns when they come to visit. People here have sass. They don’t walk, they glide, and are the type to have dogs in their handbags, stilettos and perfume which you can smell from Johns. The millionaires and high flyers are prepared to buy Macarons worthy of the King of Norway.

Find a husband in here and you are probably good to go. 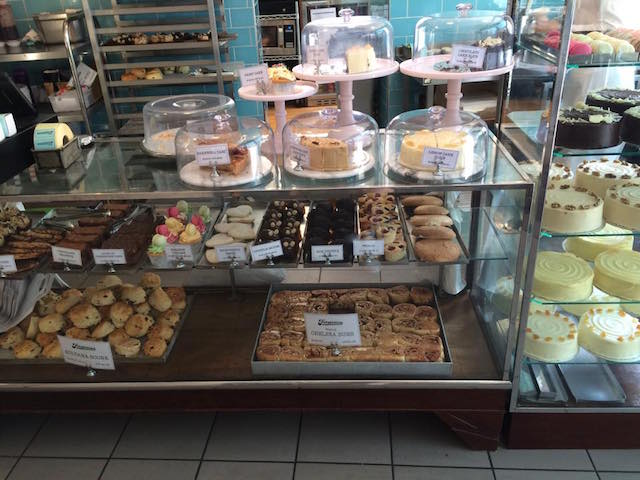 Mummy, can I have a Chelsea bun?

Whether you’re listening to Tame Impala in the Urban Shed or savouring Sicilian lemon sorbet from Aromi, there’s a Cambridge cafe for everyone. Have a vote below for your favourite in Cambridge: