This fairytale of New York is as magical as ever.

I do not ‘like’ West Side Story. I worship it. I have a deeper and more profound emotional attachment to this musical than I do to most of my relatives. And, because of this, I was very apprehensive about the ADC production: West Side is notoriously difficult, at turns funny and heartbreaking, high-octane and solemn, full of complex choreography and difficult music. It’s a daunting task for any amateur production, but the ADC have pulled it off. This week’s production is a brilliant spectacle, despite some technical and performative issues impacting on how much of the script’s potential they could bring to life. 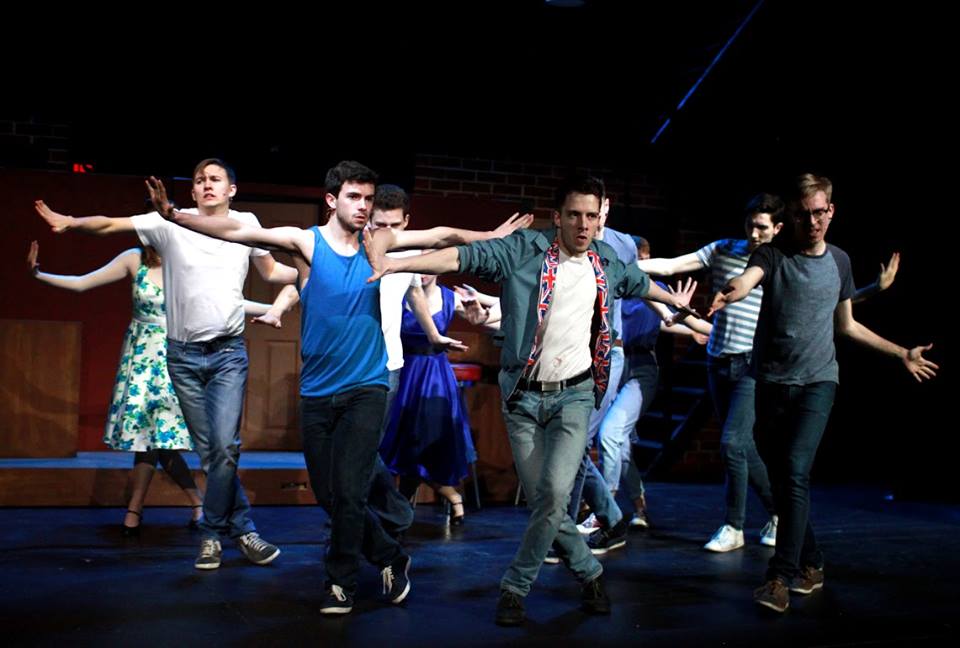 West Side Story is a modern-day retelling of Romeo and Juliet, respinning Shakespeare’s star-crossed lovers into a sparkling tale of love, hope and what divides us. Up in the blue-collar turf of New York’s Upper West Side, two gangs, the Jets and the Sharks, fight tooth and nail for control of their territory. Tony is a Jet but he’s disillusioned – he feels like there’s something greater out there for him, and when it arrives, it takes the form of Maria, the Sharks’ leader’s younger sister.

As the world collapses around them, the characters have to navigate love, loss and difference in all their forms, from fitting into a new culture in ‘America’ to the brilliantly witty social commentary concerning ‘teenage hoodlums’ in ‘Officer Krupke’. It’s dazzling, it’s heartwrenching, and overall it’s completely, intensely human. There is no character that you can’t sympathise with, no matter how dark their deeds.

The ADC’s show is colourful and bright, the girls’ dresses bursting with flowers and bright fabric and the misty red lighting in the opening scene brightening, recolouring and darkening as the mood shifts. The set is simple but effective, a two-layered ‘house’ behind the ‘street’ of the stage and a single piece of graffiti on the second floor saying ‘Love Never Fails’. A few boxes strewn about also serve as multipurpose props. Technical direction is seamless and clean, with no fluffed set changes or missed lighting cues. The amount of legwork that has gone into this show is tangible from the second the violins start up. 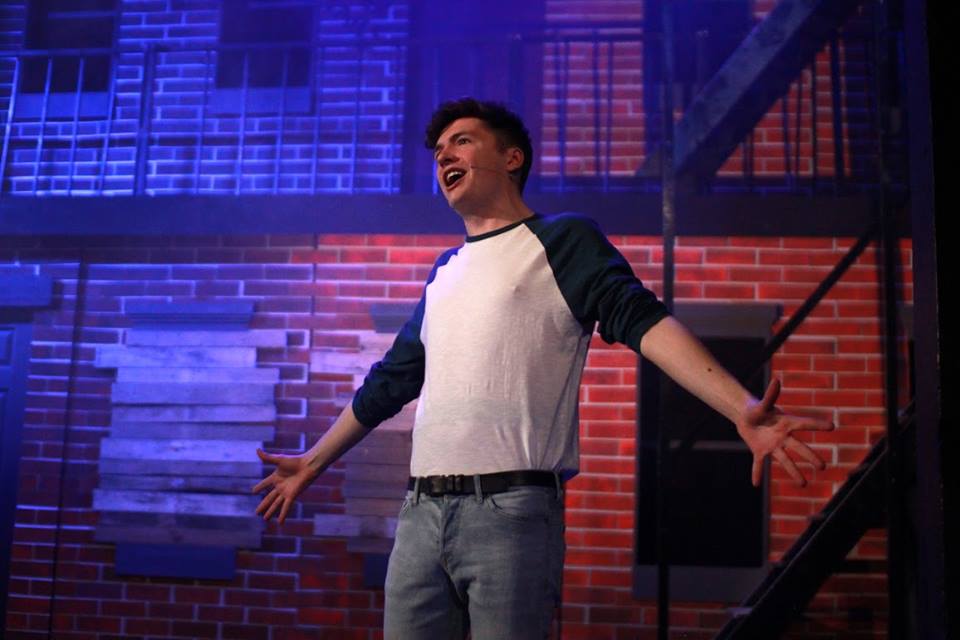 The main thing about West Side that this show got right is that it’s not a play with musical numbers: it’s a musical. I’d say the best acting actually comes out of the musical numbers rather than the dialogue, and said numbers are impeccably done, with no aspect of the show denied effort – the choreography is gorgeous and tight, with some of the dancers looking utterly professional, and the singing is magnificent. Laura Makhoul‘s Maria and Joe Beighton‘s Tony are a joy to watch, both brimming with youth and love and hope (I need to commend Beighton in particular for his perfectly wistful, hopeful demeanour during his songs; it pierces something in you) and producing stellar performances both individually and as a couple.

Megan Gilbert‘s Anita threatens to steal the show with her rare wit and almost unbelievable strength of vocals, and all the main soloists (particularly Lucy Dickson as Rosalia and Ella Jenkinson‘s solo in ‘Somewhere’) perform beautifully. If you love musicals and you weren’t planning to see this for some unfathomable reason, I heavily urge you to reconsider. 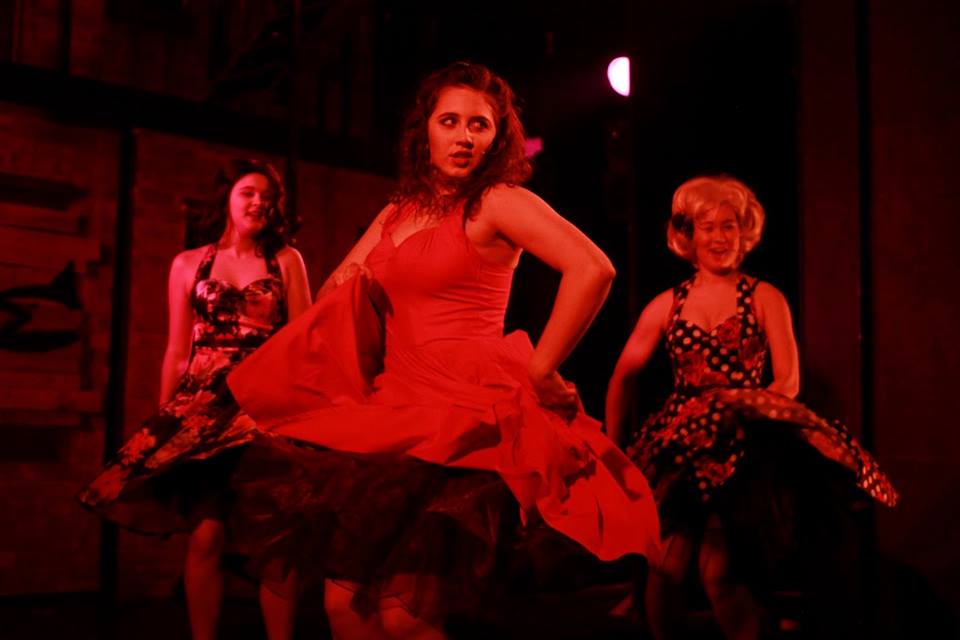 The flipside of the musical brilliance, however, is that the intoxicating energy of the musical numbers can sometimes be lacking in the dialogue. As several other members of the audience I spoke to pointed out, a problem with the microphones largely contributes to this – the music sometimes drowns out important lines – but in the first half in particular, some of the wittier lines miss their mark, making Megan Gilbert’s biting sarcasm as Anita even more noticeable by comparison. The playfully naive Baby John (James Daly) and A-Rab (Stanley Thomas) are also consistently funny, but knowing the script well I was disappointed to see some brilliant lines eliciting no reaction.

There are no other technical issues that I noticed, but the musical interlude at the beginning is longer than it needs to be and the orchestra sometimes stumbled over it (understandable, given the complexity of Bernstein’s score). Generally, the acting is great, but took a while to stop feeling muted compared to the music. By the second half, however, the vivacity of the script had come into play and the viewing experience improved even more.

We all know the story, yet we keep coming back, and there’s a reason: it’s timeless. See this play. Don’t be a lousy stool-pigeon.

I’m so grateful for my Cambridge place I’m willing to get swabbed on the weekly for it.

In spite of coming top of the Good University Guide, Cambridge gets beaten by Oxford for the title of ‘University of the Year’

All the oddly specific terminology you need to survive here x

Interview: Aidan Tulloch on releasing a new EP between Lent Term and lockdown

If you’re looking for helpful information about what Cambridge Colleges are actually like, you’re in the wrong place

Students living in college accommodation will be able to have a weekly test, even if they are showing no symptoms

Cambridge falls to 6th in 2021 World University Rankings, whilst Oxford comes out on top

Cambridge has dropped three places from third, its lowest position since 2014

Catz Dine with Me: Testing the St Catharine’s college cookbook

What your favourite Cambridge coffee shop says about you

In memory of Katie MacRae, the incoming choral scholars have made a lockdown version of ‘Let My Love Be Heard’

Cambridge mistakenly tells postgrads their offers have been withdrawn

Liberal Lonely Hearts: An online date for charity to heat up your summer

‘If it ends up being true love, CULA will subsidise the wedding’

Trinity lawn-diggers return to scene on day of court hearing

On the first day of their court hearing, the ‘rebels’ returned to Trinity to give speeches and continue campaigning