REVIEW: The Madwomen in the Attic

The Madwomen in the Attic is both provocative and subversive, hilarious and disturbing, says Molly Moss.

Aoife Kennan’s The Madwomen in The Attic is at once hilarious, sad, disturbing, explosive and a provocatively gritty exploration of one of the most destructive images in literature – the ‘angel’ and her dark shadow, the ‘monster’.

A cramped set with five lonely chairs doesn’t give the best first impression, but as soon as the acting begins we are transported into an electrifying world, and the bare stage makes us focus on the strongest aspect of the play – the characters. The play follows the lives of five strikingly different women taking part in a discussion group. Led nowhere by their hopelessly (and hilariously) under-qualified leader Jane, they reject their struggles in exchange for drinking tea and skirting around the topic of sex. 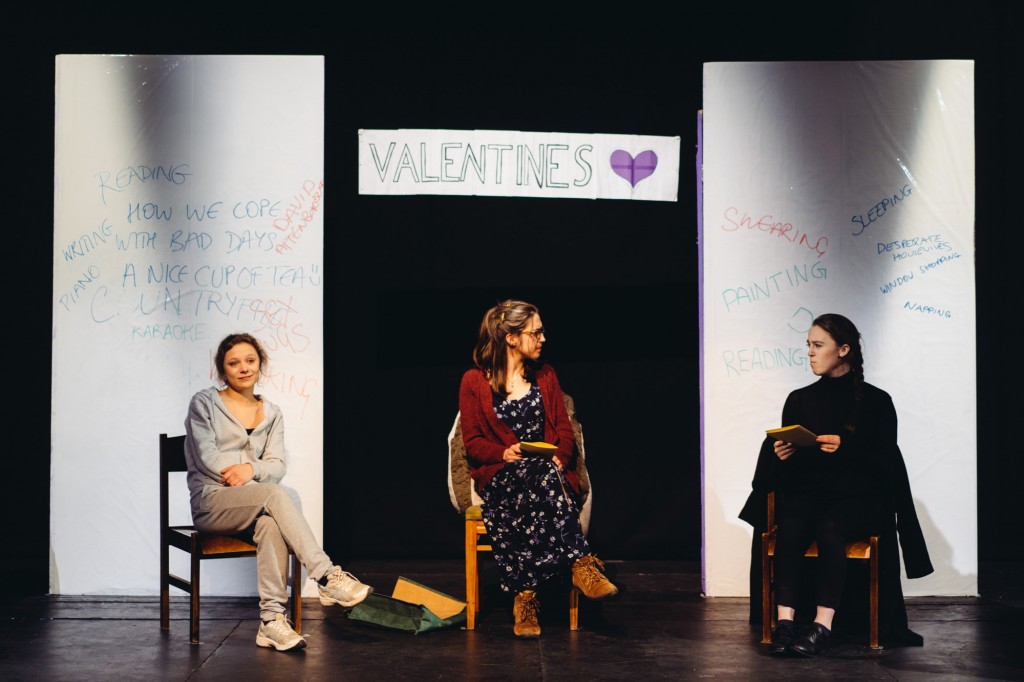 Aoife Kennan’s script is full of subtle (or not so subtle, but nevertheless delightful) references to the Bronte sisters’ female characters, as well as to thrush and vaginas. This combination of old and new serves to create nothing short of a masterpiece. A brief reference to Helen’s neighbour ‘Gilbert’ reminds us we are watching a play linked to Gilbert and Gubar’s The Madwoman in The Attic, a critical exploration of how the nineteenth-century male writer dealt with his dread of the female by imprisoning women and creating the image of woman’s evil counterpart.

This is represented spectacularly on stage by Claire Burchett‘s virginal Jane and Katurah Morrish’s Antonia, a version of Jane Eyre’s ‘darkest double’ Bertha Mason. Morrish’s Antonia, starved of liberty, by turns hilariously sardonic and delicately thought provoking, her face a spectacularly captivating battleground of emotions. At first, Morrish outshines the other actors, but as the play unfolds all roles are done justice to. A poignant moment between Amy Malone’s Isabel and Julia Kass’ Helen stands out, as they touch upon the difficult topic of domestic abuse. 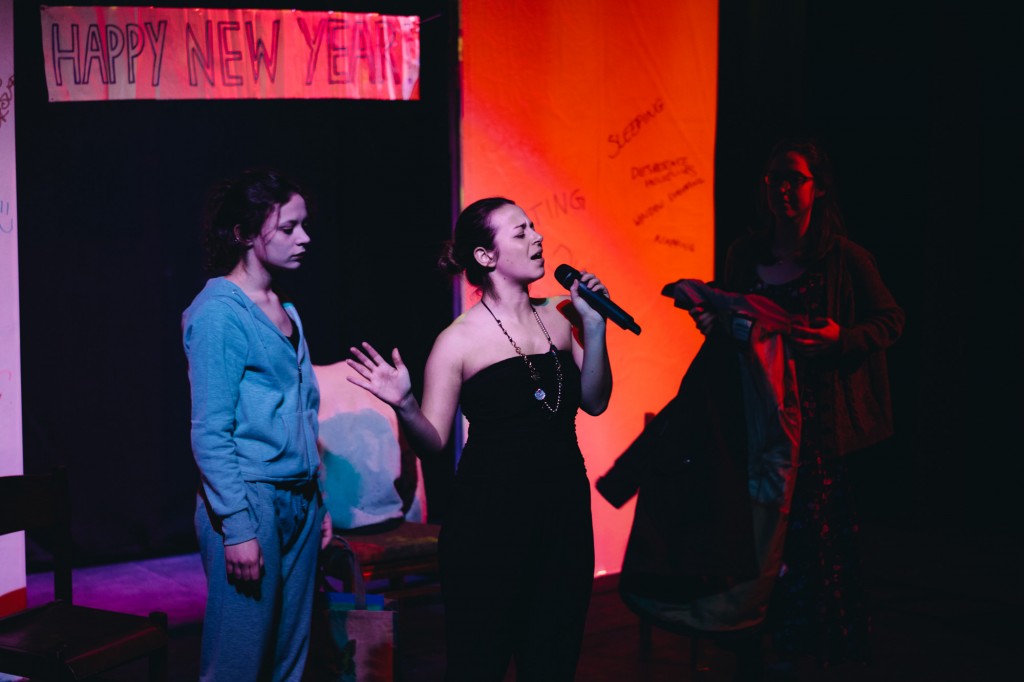 The play leaves us reeling, jolting us from the reality of the plot with sudden bursts of (sexy) singing from Olivia Gaunt‘s Grace, Antonia’s warden and an avid Friday night Karaoke fan. The audience is suspended in time, never allowed to get fully settled, trapped with the women on the stage. Although nothing is resolved, the play is wonderfully cathartic. In her final lines, Antonia directly addresses us, asking, ‘Was the attic made for the madwoman, or was the woman made mad by the attic?’ Scream, Antonia tells us, encouraging us to break free from the limits imposed on women by the patriarchy and transcend the equally restrictive roles of angel and monster. Conventions are questioned, expectations subverted.

If you’re a Brontë fan you’ll love the wonderfully witty references; if not, you’ll be captured by the play’s very human moments – its humorous yet disturbing explorations of issues still facing women in the twenty-first century.