Will Popplewell gives the Footlights’ Smoker 4 stars hailing it one of the best nights at the ADC this year.

This was the most consistent smoker I have attended in Cambridge. The comedy was continually entertaining, well presented, and smoothly executed.

No sketch left the audience silent. From a great range of very strong sketches, the highlights were almost too many to mention. Yet, of course, I’m going to chose some anyway… 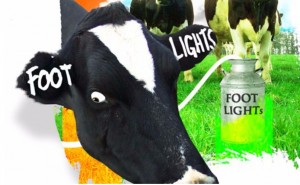 feeling MOO-ved by the hilarity of footlights…

Zak Ghazi-Torbati and Declan Amphlett’s two sketches were very entertaining, with their account of Webster’s Dictionary being one of my favourites of the night. Whilst Amphlett did impress as a new addition to the comedy scene, Ghazi-Torbati proved his experience with two spot-on performances that left us all wanting more.

The sketch about Katherine Howard was extremely amusing, and was a notably woman-dominated sketch. Indeed, for the first time in my experience of ADC comedy, this sketch show made not only nominal, but actual worthwhile, use of the up-and-coming women of Cambridge comedy. In this particular sketch, Rosanna Supa and Ellen Robertson were standout performances, and Robertson continued to impress throughout the night.

Two monologues also deserve particular mention, each delivered with a wit and endearing relationship with the audience which so often escapes one-night sketch shows. These two sketches – about Adrian Grey’s school days, and the unfortunate Australian chiropractor – both elicited enthusiastic laughs from the audience, and at times left me short of breath.

Finally, the ‘audience participation sketch’, a sometimes unreliable staple of sketch shows, must be mentioned. Embracing contemporary topics of debate to the full, this sketch dealt with the inevitable unpredictability of an ‘audience participation sketch’ in the funniest way possible – by leaving the audience member with absolutely no freedom whatsoever. This was one of the triumphs of the night.

Archie Henderson proved a repeating star performer. Henderson’s manner and unassuming style never failed to win over the audience, and his performance in the Salem sketch brought the sketch to a standstill several times, whilst the actors had to wait for the audience to stop laughing too hard. 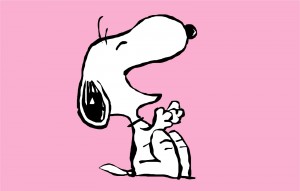 when you just can’t stop laughing…

Overall the show was executed smoothly. Despite being told that the ADC was going through some technical ‘teething problems’ I noticed only two small technical errors which were addressed with a humour that simply enhanced their respective sketches. Especially impressive for a ‘one night stand’ show, the performers of this show proved themselves to be adaptable and genuinely funny actors.

The show was fairly long, but I definitely do not feel that it was too long, or that any of the sketches should have been cut. I appreciated that the directors / footlights committee had taken the chance on so many new performers and sketches – and I applaud whoever organised the final running order, and kept the number and diversity of sketches high.

From the many *very good* sketches, few might be considered truly outstanding. Several performers’ moments were indeed hilarious, as were some punchlines and deliveries within sketches. This said – the strength of the night lay in its consistent ability to please well, but rarely to win uncontrolled hilarity.

I would certainly say that all of the new faces in tonight’s show deserved to be there. Whilst I might not have kept up with who was ‘officially a footlight’ and who was performing with them just for this smoker, I can promise that the difference did not matter. The Footlights’ President rubbed shoulders with new performers, and the result was a thoroughly entertaining evening. 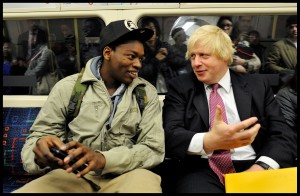 Boris knows. Rubbing shoulders with commoners (or fresh talent) can only ever be a good thing.

I can only hope that this (apparent) openness and diversity of comedy continues – for tonight it has surely opened up and strengthened the comedy scene in Cambridge.

So for once I can eschew the reviewer’s stereotype, and happily say that this smoker was not a ‘mixed bag’. Performances were consistently funny, and I rarely went a minute without a genuine laugh. One of the most enjoyable nights I have had at the ADC this year. 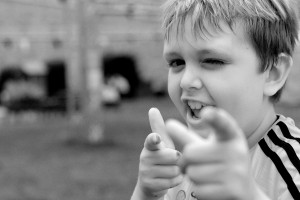