DR DICK is the Tab’s new advice columnist. This week he deals with a complete creep with delusions of romance.

Dr Dick, MD PhD is a qualified therapist with many years’ experience. He’s a solid, stand-up guy who tells it like it is. His likes include: giving advice and colourful hats. His dislikes include: your shit, and Coldplay. This week he tells Marcus how to stop being such a creepy, useless sack of shit. 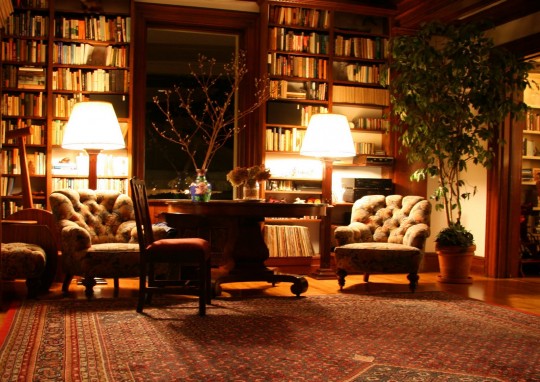 Step into his office

I have recently met a girl who I really like in another college. She is beautiful, funny, interesting and I have the most amazing time when I am with her. However she says she completely hates me and will not return my calls. I think she’s lying about hating me, because we once kissed in Fez, but she wont admit it. What should I do? Do you think it could be true love?

Soon after Marcus asked his question, this response was posted:

I am pretty sure I am the girl you are talking about here… We have never spent time together, unless you count you following me around town ‘hanging out’. You never got with me in Fez, you didn’t even go to Fez that night, you just liked me attending the facebook event. I don’t even hate you, I just pity your existence, please fuck off, and stop taking pictures of me. 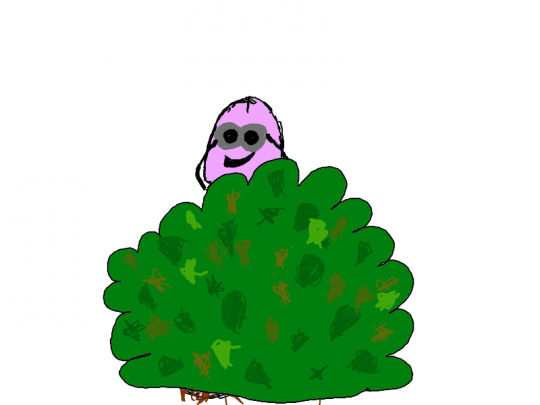 In the words of the great philosopher Buzz Lightyear, you are a sad, strange little man, and you have my pity. Well, less pity and more enmity and endless derision, but you get the picture.

Marcus, I don’t know if you’re real, and frankly I don’t care. There are too many people who act just like you, and you’re all fucking morons. Perhaps it’s as a result of the fact that you breastfed until you were nine, but you crave affection and you think that the only way to get it is to pursue women like a fly buzzing around a farmer’s prize shit, getting swatted away every single time but divebombing in again hoping that this time it will be different and the old bastard will finally let you at it.

You are the nice guy who finishes last, and what’s ironic is you’re probably not even particularly nice. By the sounds of it, you’re only slightly less creepy than a serial killer who’s forgotten that he left the house still wearing his last victim’s scalp as a wig, and you’ve got all the charisma of an aging pornstar’s chronically flaccid penis. Let’s be honest, you’re probably also ugly. Being ugly is not necessarily an impediment to romance, but you have to be a charming bastard if you’re going to be successful. I’m going to go out on a limb here and say that the chances you’re particularly charming are about the same as the probability that your mother was telling the truth when she said that the boys in school were only making fun of you because they were jealous, and that your cat hadn’t died but had gone to live with Jesus, who has a small flat underneath the compost heap. 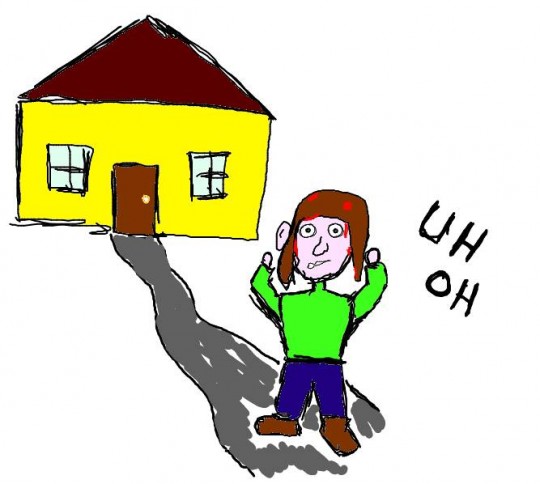 I’ve said it before, Marcus, and I’m certain I’ll have to say it again, because people, particularly post-pubescent men, are really fucking stupid: in order to make people want to be around you, whether it’s platonically, romantically or sexually, you have to make yourself attractive. Here are two things that will make you more attractive: making yourself (and potentially your friends and family, if they’re not shits) your first priority, and not latching on to the first girl who looks at you for more than fifty milliseconds, fawning over her and making yourself look sadder than the fifth act of King Lear. If you fall over yourself in desperation because the last time you had sex was when you managed to trick an empty pack of prawn cocktail crisps into staying the night at your place, then nobody is going to want to touch you with a ten-foot bargepole, and they’re especially not going to want to touch your six inch (let’s be honest, four inch) bargepole. 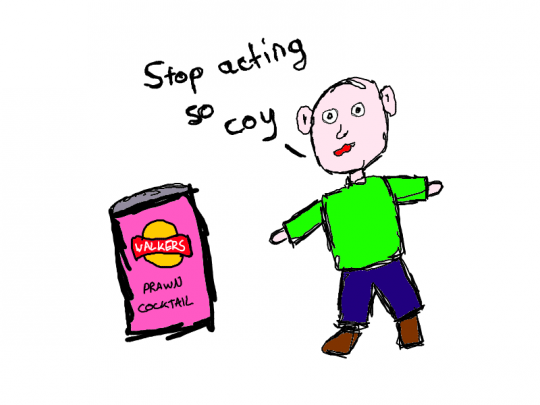 More like ‘stop acting so McCoy’, am I right guys?

I’m not saying go full Pick Up Artist and just act like an absolute knob all the time. If you have to treat romantic interactions with women like it’s a videogame, then you’ve got more problems than just cyan bollocks. But you have to understand that what you are doing right now is really fucking creepy. You think you’re Hugh Grant in Notting Hill, but you’re really Andrew Lincoln in Love Actually. I don’t even give a fifth of a shit whether you get laid or not, but you have to stop what you’re doing right now. It’s highly unlikely this is the first time you’ve exhibited behaviour which is borderline stalkerish, and unless you seriously reconsider your life choices, it won’t be the last.

Much like the man who sellotapes ice lolly sticks to his knob in the hope that it will hide his inability to sustain an erection, what you’re doing is just making the situation worse for everyone concerned. You desperately want somebody to love you. I get it. You’re cripplingly insecure (and ugly). Nobody really paid much attention to you in school except to fire homophobic slurs at you, because you really don’t have any distinguishing features (except your nose). You think you’ve found a short-cut to love: a girl notices you, maybe even wants to be friends with you, and you suspect that if you hang around her long enough then she’ll want to do the nasty with you, because you’re just so nice to her. You think that you can circumvent all the boring self-improvement stuff: going to the gym, figuring out fashion, teaching yourself how to talk to girls without urine dribbling down your left-hand trouser leg, etc.

But unless you look like Brad Pitt or have the charm of Ryan Gosling, people aren’t immediately going to want to sleep with you. And even if you did, there are so many ways to make yourself unattractive, and undisguised insecurity, which you have, is chief among them. You’re not going to become an interesting, funny and attractive person overnight, or even over a period of weeks. It’s something you have to work at, and it’s tough, because you’re so used to making yourself the victim and telling yourself that girls just don’t like you because you’re so nice to them. You’re not nice to them. You’re as much of a tattered anus in your own way as the guy who’s cheated on every girlfriend he’s ever had. You make women feel scared and unsafe, and you refuse to take responsibility for your own mediocrity. If you want that to change, you have to change, piece by piece, day by day.

Everyone has their blunder years – those periods of their life which they’ll look back on with pity and contempt – it’s just that yours haven’t ended yet. And unless you take some real steps towards making yourself a more interesting and less stomach-churningly awful person, they never will.