LEAF ARBUTHNOT checks out the new chippy on Trinity Street. Cheap – or not so cheap – thrills.

If I had to pick a last meal, it would probably be fish and chips.

On the sole condition, aha, that they’d be served with the usual accoutrements of tartar sauce, lemon, vinegar and salt, ideally by David Mitchell riding naked on a sphinx. 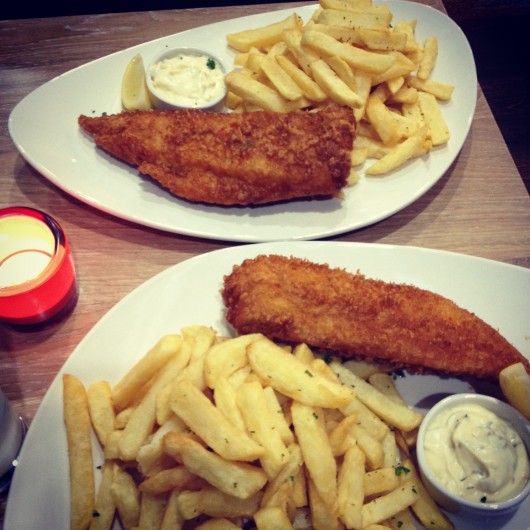 Cambridge’s total failure on the chippy front has long been one of the town’s biggest failings. With so many tourists seeking the authentic British experience, one would hope that town would be positively swimming with battered cod, waiting to unleash their acne upon the student population. But chippies are very thin on the ground, at least in the city centre.

Thankfully, the now-deceased Tatties on Trinity Street has been replaced by a proper chippy. Though it shares its name with a dress shop beloved of May Ballers – ‘Coast’ being where I got one of my frocks last year – none but the most idiotic could wander in expecting clothes, because it’s quite deliberately chippy-esque in design, even from the outside. The lighting’s clinical and ashen, the chairs practical, the tables closely packed, the temperatures chilly. It’s not somewhere I’d go on a first date, though the views – of the cobbled street below, and the dear little cashpoint opposite where you can get five quid notes – are superb. 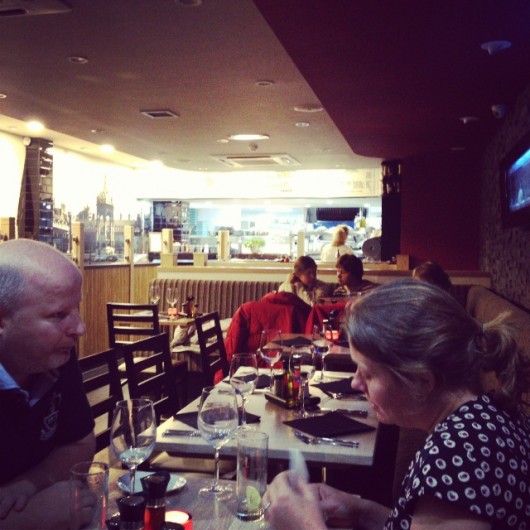 You can get takeaway or eat in. On a weekday night, it was almost empty so we chose to stay indoors. My haddock came with a sprawling dune of chips, tartar sauce, a lemon wedge and a bottle of arty ketchup, which I regarded with suspicion until I tried it and tasted Heinz, or thereabouts. 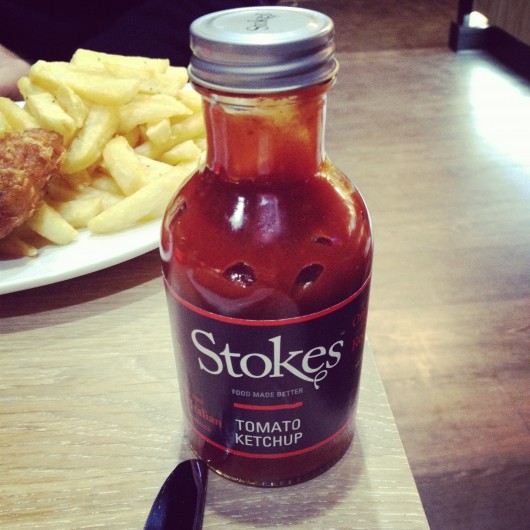 Two things would make or break the meal – the batter, and the chips. These were exactly what I was looking for – no nonsense fat-man fingers, oily and starchy and beautiful. The batter too was good, though it could have been bubblier, acting as envelope rather than duvet to my fish. My friend’s cod was dry, though my haddock unctuous, and both worked well with the homemade tartar sauce. 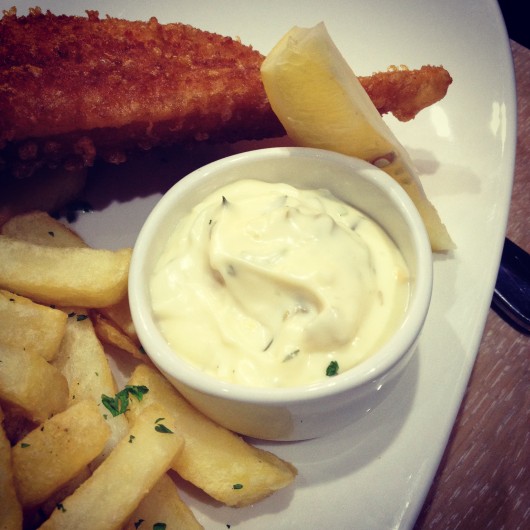 Overall, it was a great grub. At about fifteen quid per portion including service, it was certainly on the expensive side, but next time I’ll probably get takeout, which is cheaper. While this is certainly not food to write home about, it’s filling a much-needed gap in the market – and, of all the places to have replaced Tatties, this place seems set to become another institution.