This musical doesn’t quite make the cut for LEYLA LESNIAREK-HAMID and CHLOE COLEMAN. 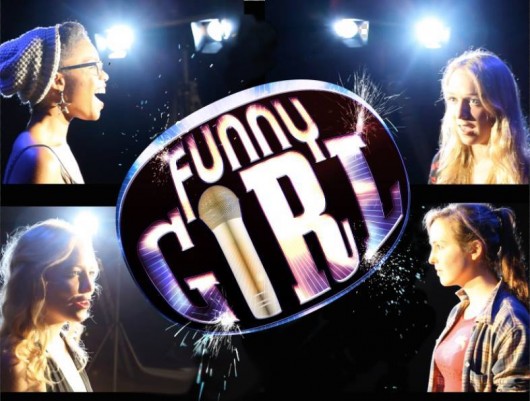 You can usually anticipate big blowout musicals at the ADC to be sell-outs, and this one was no exception. On the surface it ticked all the boxes: talented cast, big band and classic show numbers. But, somehow, these elements never really came together and the show didn’t take off.

CUMS’s production of Funny Girl promised us a twist on Isobel Lennart’s story. The musical follows Fanny Brice from struggling stage-struck teen to fully-fledged singing sensation. Despite being told that she’s ‘not pretty enough’ (cue big song), Fanny perseveres and falls in love with the limelight. When seductively charismatic gambler and opportunist Nick Arnstein swoops into her life, Fanny is torn between the stage and her marriage.

This provides some interesting commentary on the role of women in marriage, which unfortunately hadn’t been updated to the 21st century, unlike – we were told – the rest of the production aimed to be. We know the production team didn’t write the script, but it’s tricky to make claims about updating the show to the modern day to the extent of changing some parts of the dialogue (hello Twitter reference) without going the whole way. As it was, the moral values of the musical were definitely of its original pre- and post-World War One era. This sort of jarred, and whilst the innovation was there, it suffered from not being completely realised.

Another innovative twist was Emily Burns’ decision to cast four different girls in the role of Fanny. This move had the potential to open up interesting ambiguities as to the different facets of the singer’s character, but unfortunately the way in which it was executed didn’t add anything except confusion. The individual performances of each Fanny were, in themselves, of a very high standard, but it wasn’t as if each actress brought something different or new to the role. Instead, they seemed to play pretty much the same ‘funny girl’, and the big reveal at the end fell flat.

There’s no denying that the musical performances were excellent. The cast had clearly been selected primarily upon singing ability, which is understandable given the musical demands in a production like this. As a result, the acting suffered a little. However, there were some cast members that truly stood out. Rory Boyd as the awkward but loveable Eddie was the right side of extravagant, whilst Sophie Benefer as Fanny’s overbearing mother gave an energetic performance that was sustained throughout. Paige Thompson as part of the Fanny quartet pulled off bubbly minus possible resultant irritation, and all four were evidently talented singers. The presence of the tiered big band on stage was a very successful idea, lending Funny Girl the decadence this musical requires.

Essentially, all of the elements were there, but they just didn’t seem to be developed or tied together in a particularly cohesive manner. We applaud Funny Girl for its ambition and innovation, but this was perhaps its downfall. Instead of trying to make lots of drastic changes, sometimes it’s better to do one twist very well. That said, with its musical talent, Funny Girl still makes for a bit of light-hearted fun.