LEYLA HAMID and CHLOE COLEMAN are charmed by this evening of comedy that manages to (almost) take their minds of exam term. 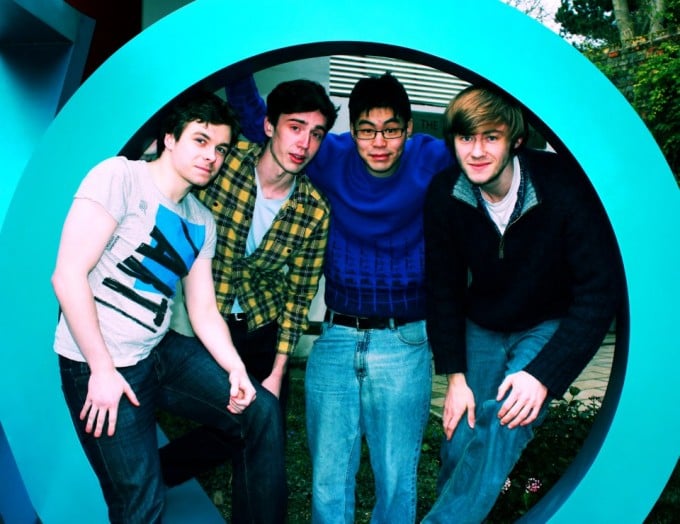 These guys know how to be funny. This sketch show marked the last night in the ADC’s five night comedy takeover, ironically starring the only ethnic minorities student in the run (as they took great pleasure in pointing out).

As the finale, so to speak, there was a bit of pressure on them to perform, but they rose to this challenge with vigour. The ADC Theatre was packed out and the audience buzzed in anticipation for these big names in Cambridge comedy – Three White Guys did not disappoint.

Our host for the evening was Ian Samson who, though slightly shaky at first, relaxed into his role of compere and soon had the audience on his side. Russell Howard-esque in his charming awkwardness, he had a tendency for comic self-deprecation that was to appear in each act. It’s not often that Economics Tripos papers can be source for material, but Ian made it work with an inventive (to say the least) diagram explaining the hidden cause behind the economic crisis – we feel enlightened.

Jamie Fraser was the first act to take the stage, and his charisma and amiable demeanour meant he had us in his hand straight from the off. His childhood anecdotes about “making himself interesting” were good-natured, and were the perfect antidote to exam term stress. In fact, Jamie consciously tried to move away from the oh-so-popular exam term observational comedy, but this was to prove a little ambitious as he vented his frustration against those who choose to camp out in the library. Nevertheless, library humour continued to go down well (let’s face it, it’s all we know).

Footlights president Ben Pope was up next and, as always, proved to be good value for money. His set drew on current affairs such as the horsemeat scandal, gay marriage and the new Pope – though perhaps slightly belated and not as current as they once were, Ben was charmingly aware of this and the audience didn’t seem to mind. Ben is natural, friendly, and has no issue with spontaneity – you could imagine his humour working just as well at an evening down the pub as it did on the ADC stage.

The third and final act of the night was Ken Cheng, who was as funny as he knows he is. Ken’s set was noticeably more controversial than his compatriots’, touching on pornography, terrorism and race – but this was not a problem. Despite being outrageous, he pulled it off. Ken is a master of “metacomedy”, and performs effortlessly. Though he perhaps doesn’t adopt the persona of the affable comedian, Ken has his own brand of stand up and his gags went down a treat.

Coming-of-age seemed to be a theme which ran through the evening, with the lament of “I’m so old” resounding throughout the show. Jokes about time-travel and grumpy estate agents remind us that there is a (scary) life after Cambridge, and the three showed real affection for comedy and the ADC stage.

What was nice about Three White Guys was that it wasn’t built entirely around exam term humour, and, in their own words, offered a bit of much needed escapism. While the comedy may not have been ground-breaking, there’s no doubt that these comedians are highly accomplished and, on the whole, very funny.