New Features Editor LAUREN CHAPLIN records the trials and tribulations of a fun-loving girl trying to fit in with the cool kids at Cambridge.

Mrs Dalloway said she would buy the flowers herself. Only, it wasn’t Mrs Dalloway, it was me, and instead of flowers I was buying entrance to Fez, for the second time in just four days. After Artful Dodger on Monday, I had begun to realise that if I were to cut it in the edgy Rudimental world of edgy skanking to edgy house music, I would have to update my sartorial choices, beginning, of course, with the now ubiquitous ‘beanie’ hat. 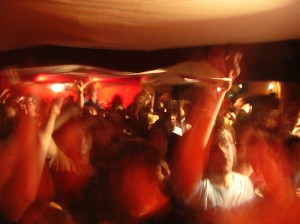 The only problem was, I couldn’t go through with it. There is something so painfully superfluous about wearing a woollen hat inside a nightclub, unless of course it’s as a protective measure against sweat drips, and as such I refused to compromise my ‘journalistic integrity’ (only kidding, I write for The Tab) in the name of research.

I did, however, parade my very own vintage beanie around Sidgewick during daylight hours, leaving it slouched low on my head, nonchalant as a – (similes are incredibly mainstream so lets just leave this sentence here). One friend did kindly text me to say I looked ‘like a condom’, but then again he does own an Abercrombie tracksuit, so I disregarded his opinion. Being edgy, thus far, seemed like a lot of fun. 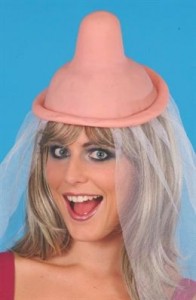 Maybe my friend did have a point…

Obviously I still went to Cindies on Wednesday, but all my dancing was ironic. I sang along ironically to the DJ’s ironic soundtrack of S Club and Taylor Swift, ironically making conversation about the latest trends in dip dye, and how society has been over ironised. I even befriended a thirty year old townie, who proceeded to tell me about his hobbies (fishing and MDMA, before you ask). He too was in the same mindset as me, having ‘ironically’ snuck into a student night…alone. He also had ‘RELENTLESS’ ironically tattooed on his knuckles; such commitment.

With the seasons changing, the conversation in hall turned to summer plans. Where was I thinking of going, my friends asked? In a devastating moment of vulnerability, my concentration waned, my mask of cool slipped, and I enthusiastically answered ‘Marbella’.

Silence descended. ‘Marcala’ I corrected myself desperately. ‘I meant Marcala, you know, in Honduras, to like, totally find myself amongst the Mayan ruins.’ Those who had been on gap years nodded along sagely; those who hadn’t looked at me in awe. Eventually, I’ll have to explain as to why there are no Instagrammed shots of me in Central America, why the Caribbean coast line looks suspiciously like Puerto Banus – but of course, I can always claim my clubbing with white-jean clad Eurotrash was an ironic statement on the over-commercialisation of society. 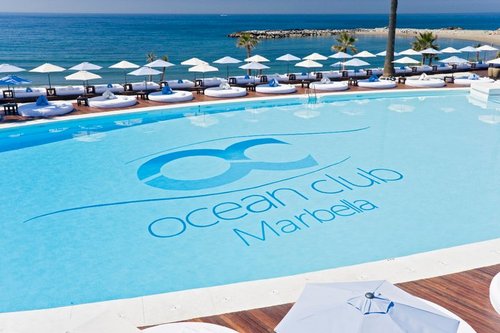 However, as I soon realised, this level of cool is a full time pursuit. Thank goodness I study English, otherwise I’d never have found the time to delve into the murky depths of Soundcloud and YouTube, searching for the latest reggae/house remix of old school R&B classics. I swiftly realised that the sounds of Cyril Hahn, Julio Bashmore and Jamie xx had far too many hits for me to count myself as a true taste-maker, so I continued on, descending through Chet Faker and Ben Pearce into – AWH IT’S A BABY DOING THE HARLEM SHAKE. Finally, ears thumping from the endless beats, I turned off my computer and admitted defeat. I was starting to miss One Direction.

Alternatively (pardon the pun), why not have the best of both worlds?

In all honesty, it’s taken me a while to record my brief experience of being a hipster, the air of ennui I affected having taken a great deal longer to scrub off than my eye liner flicks. But, by all means, my dear Cantabrigians, please continue to be aggressively indie. Choose vintage. Choose Fez. Choose an undercut, an eyebrow piercing; choose over-sized denim jackets, holidays at Outlook, roll ups and come downs. Just don’t choose to call yourself edgy; that’s far too mainstream.

Fancy writing for the Features section this term? Get in touch.