The incidents took place on Monday night on Dawlish Road

Police have arrested two boys aged 14 and 16 in relation to a series of mugging incidents in the popular student area, on Dawlish Road. Several students were approached and attacked at around 10:50pm on Monday night, with one member of the group punched and kicked in the face and legs by one of the teenagers.

Police, who were driving down Dawlish Road at the time, gave chase to the group and managed to arrest two of the teenagers who were hiding in a garden nearby. The teenagers are currently assisting police with their enquiries. 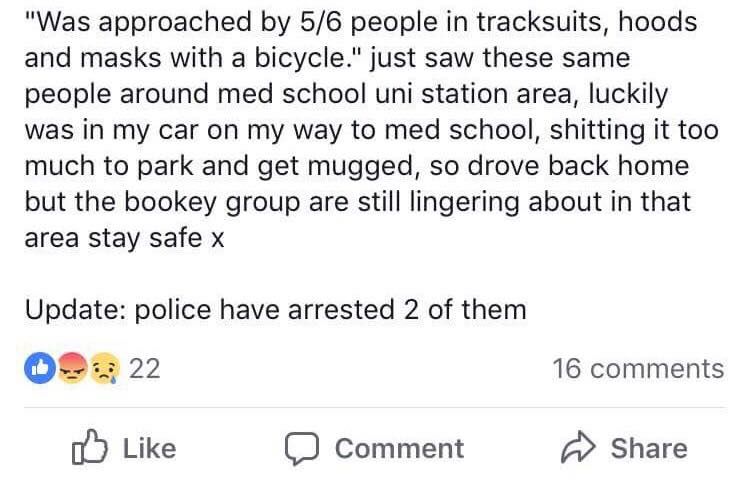 In a series of posts on the student Facebook group Fab n Fresh, students warned each other as to the group and incidents occuring on Dawlish, Bristol, and Tiverton Road.

A student was approached by a group of girls on Dawlish Road who told him they had been "shouted at by some sketchy looking people" at the bottom of the road. The student continued to walk down the road, yet was approached from both sides by a group of teenagers, with one of them asking him for the time. The group then ran at the student and attempted to take his phone, punching him in the process, yet he managed to run away towards a couple at the top of the road. Whilst the student was on the phone to the police the police arrived and the teenagers dispersed.

Anyone with information is asked to call West Midlands Police on 101 giving crime reference 20BW/113091P/18.