A single pint at the Pear stands head and shoulders above all the unworthy competitors, but what is the secret to its uncom-pear-able success at attracting the best people in Selly? It lies in the quality of its bevs. For most it’s a simple choice: one glass of something nice or keep drinking something cheap until it, eventually, tastes nice.

But at the Pear, you can grab a three-pint pitcher or a jug of your favourite cocktail for under a tenner. These are proper cocktails with fruit floating in them and actual alcohol, not WKD topped up with lemonade. This can’t help but attract a better class of drinker: the bearded beer snob with a wealth of well-travelled larger inspired anecdotes, the slow cider drinker who is always up for a game of Connect Four and the girl group who want more from a night than vomming in a Tiverton bin. 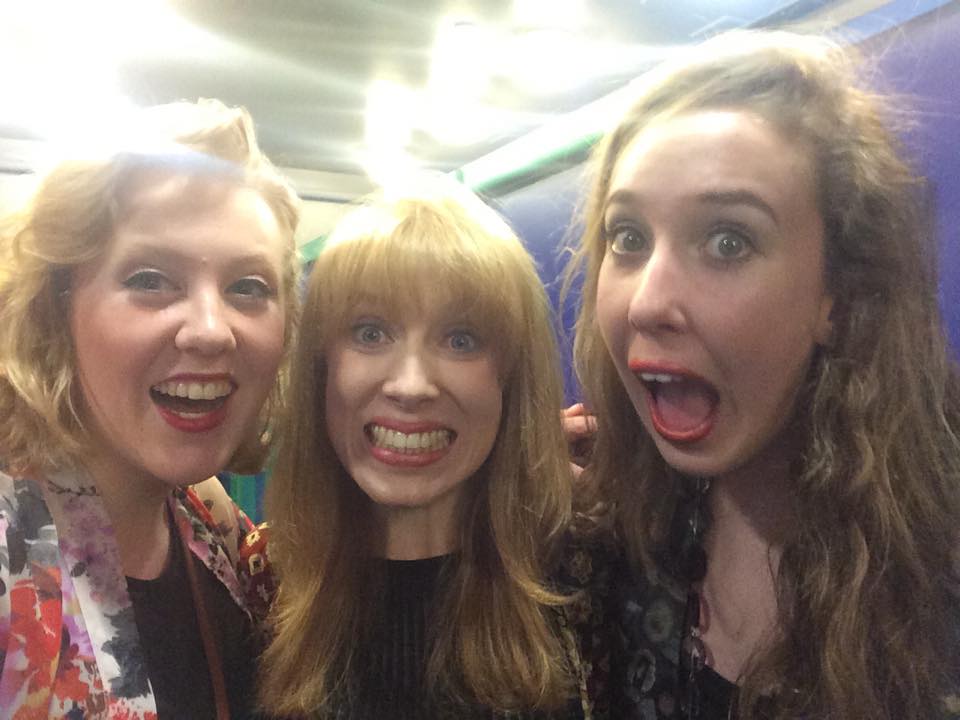 Literally the best bathroom mirror for selfies in Selly

They may claim Indie heritage in their acoustic, beard bonanza of an Open Mic Night in The Soak, but their inability to serve a crisp clean pint or a cocktail which contains ingredients other than Sourz and sugar results in a pub population of hyped up pre-drinkers and second year Selly newbies, still virgins to the concept of a slow drink which doesn’t make you shudder as you glug.

The Goose and Country Girl may have a decent stock of beers and maybe a good selection of wines, but a decent pint is going to cost you your entire student loan. Plus, you’ll have to endure the background listening of genuine Brum natives, nasally nattering about sporting injustices circa 1973. And let’s not even talk about Fab and Urban: they can’t trust their average customer with glass, let alone a good larger. All those party cup pints lead to a communal deafness to the fourth playing of Mr Brightside in a night.

But there is more to the Pear than copious quantities of quality bevs, served in nice jam jars to people who won’t spend the entire evening telling total strangers at the bar about how wrecked they are. Where else can you listen to the Smiths, Joy Division, maybe a cheeky bit of Moby? There is no need to feel a tremor of fear when This Charming Man fades out it will give way to Driving Round Town, or, god forbid, something indistinguishable by Pitbull. 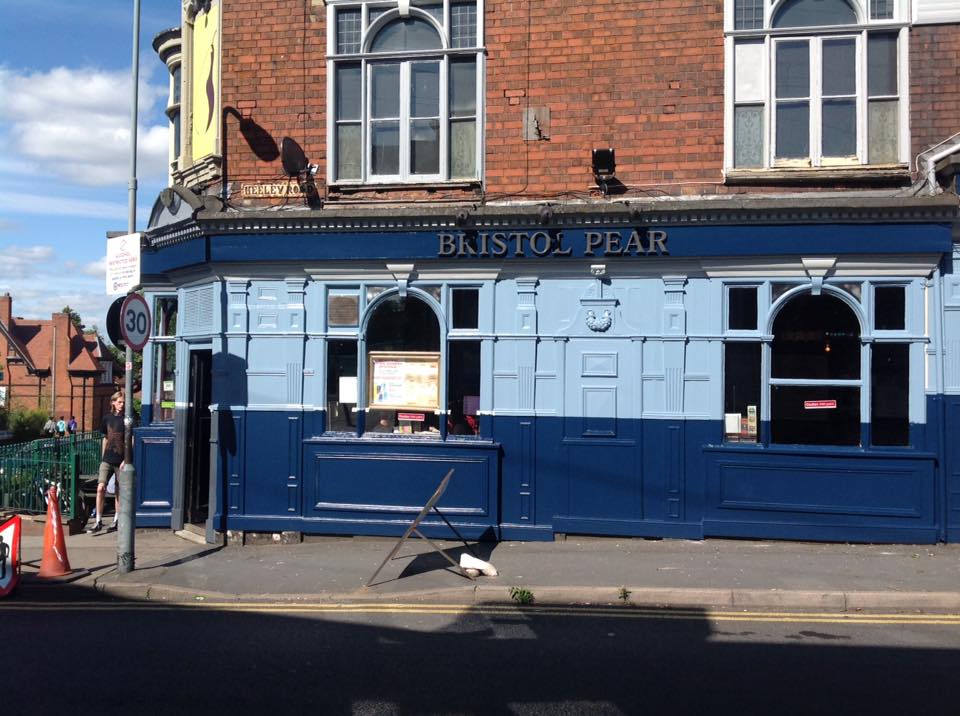 A blue beacon of boozy promises

The Secret DJ app has formed a Pear community of quality music lovers and listeners. The hipster (with taste and probably sexy stubble), the 1980s throwback (with a subscription to Absolute Radio 80s and killer vintage wardrobe) and the student who has transcended the Freshers’ “let’s get wrecked” phase and moved into the “let’s get drunk enough to try to understand the meaning of every Arctic Monkey metaphor”, have all made their home at the Pear.

The appeal of Old Rosie, and a long forgotten New Order classic brings a pub-goer that would rather compliment your dress than try to see down the front of it, would rather tell you how much they love the song playing than slur how much they “totally love you man” and would rather have a craft ale and Cards Against Humanity tournament than a Carlsberg and a chunder challenge. 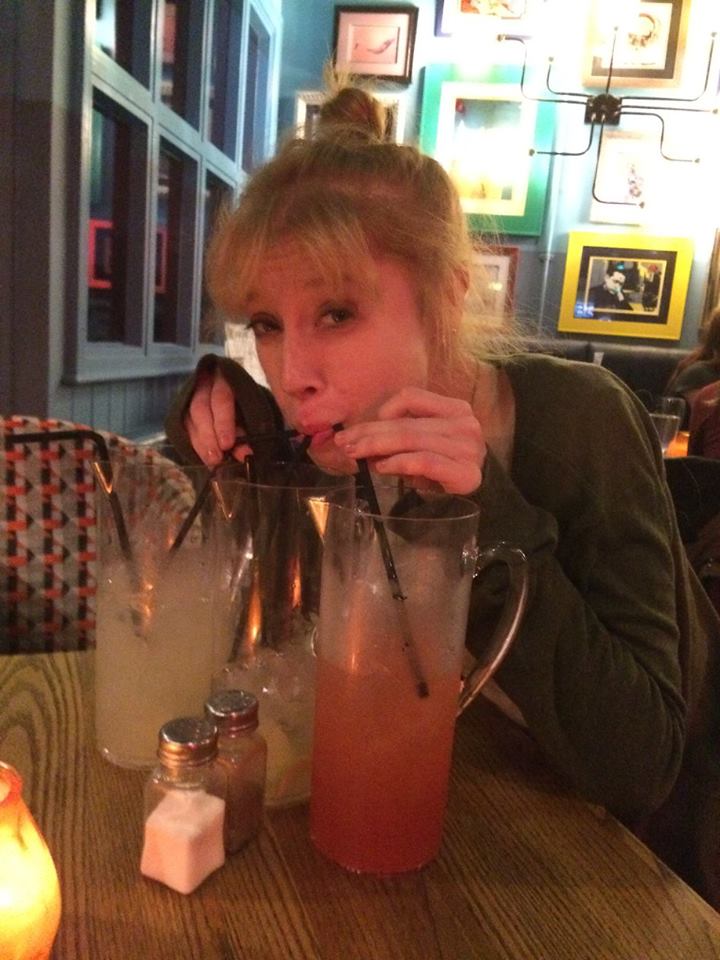 The Pear knew the best people want the best music and the best booze, so placed quality tunes and bevs at its Peary core. It is the misshaped diamond of Selly where those who are interested in drink, music and conversation come, not those who need to drink to become interesting.

Forget the alphabet, here is the Brum A-Z that every student should know

Only true legends can relate to all 26

The Bristol Pear has requested planning permission for a beer garden

The garden will have a separate bar serving from 9am-11pm

The statue will be 25 feet tall

Women’s History Month: we caught up with UoB’s strong and striking women and non-binary people

The students are campaigning about issues including women’s safety, race and mental health

What your favourite Brum lockdown walk says about you

A walk along the canal? How basic

They all deserve firsts for their fashion sense

Confirmed: The S’Oak will not be reopening, and staff have been made redundant

Greene King told The Birmingham Tab the pub will be closing

This map will let you find every single pub garden in Brum, ready for April 12th

Their birthdays are one day apart

Harry’s Hot Tubs has finally come to Brum: here’s why you need to rent one right now

Essentially a Fab in your garden

The university ‘have ignored so many and done so little to help us’: we spoke to the organisers of The Vale protest

Around 30 women spoke out about the sexual assault and harassment they have experienced.

In pictures: The Vale Reclaim the Night protest

Survivors shared their testimonies throughout the night

UoB is handing out free personal alarms on campus

There are also several support services at the university for survivors

Begin your training for June 21

Eight Birmingham-themed cocktails to get you through the semester

£160 million has gone into digital resources this year

The best Birmingham reactions to the news of lockdown easing