He will now serve six years

A local thug who raped a student on a canal towpath will now spend two more years behind bars.

Matthew Whitmore was originally sentenced to four years after raping the 19-year-old in March, but a successful appeal has seen this “unduly lenient” sentence increased.

Whitmore, 25, spotted the vulnerable girl –– who was also a virgin –– as she made her way home from a night out, and started talking to her before dragging her into a secluded place. 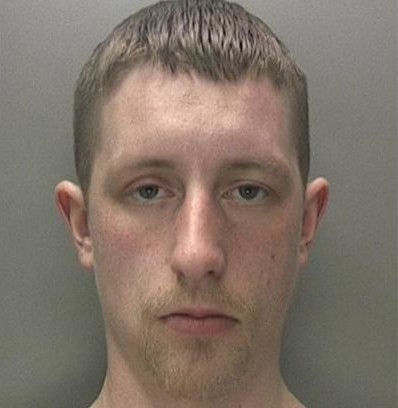 Solicitor General Robert Buckland referred the case to the Court of Appeal under the unduly lenient sentence scheme.

After the winning appeal, Buckland said: “This was an appalling attack where the completely innocent victim was steered to an isolated place and raped. Mathew Whitmore behaved atrociously.

“I asked the Court of Appeal to look at the sentences imposed in this case as I felt four years’ imprisonment was just too low, given the offender’s total disregard for the victim’s wellbeing and the circumstances of this serious offence.

“I am pleased the court found this sentence to be unduly lenient and imposed a higher term of six years’ imprisonment.”

He added: “Tackling rape and serious sexual assaults is a key priority for the Criminal Justice System and we will do all we can to support victims and assist in bringing serious offenders to the attention of the Court of Appeal.”

Whitmore was also ordered to register as a sex offender for life.