‘Kill Islam before it kills you’: Bigoted yobs strike again

Despite hopes the vandals striking on two separate occassions earlier this term were isolated incidents, more vile works have been sprayed onto both the walls of the Guild this morning and an electricity box near the sports pitches. 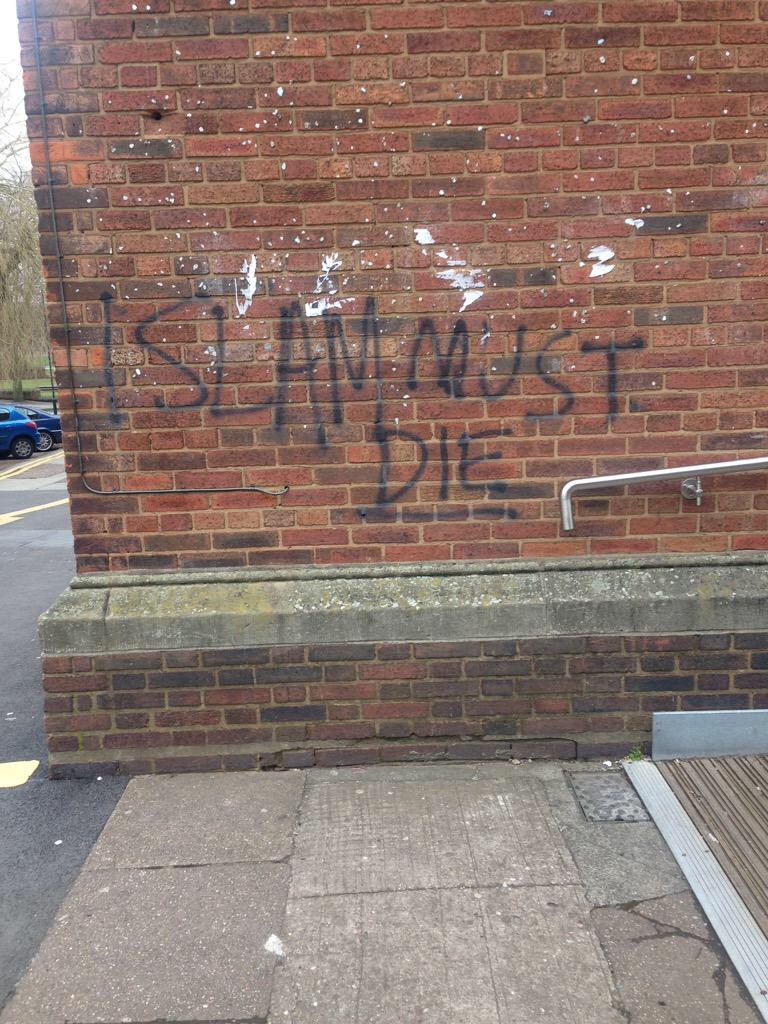 The message on the metal electricity box read: “Kill Islam before it kills you”, the same words used in the toilets of the Arts building.

These disgusting acts come a day after the university held an open lecture entitled ‘Is There Islamophobia?’, led by the University’s Anglican chaplain. 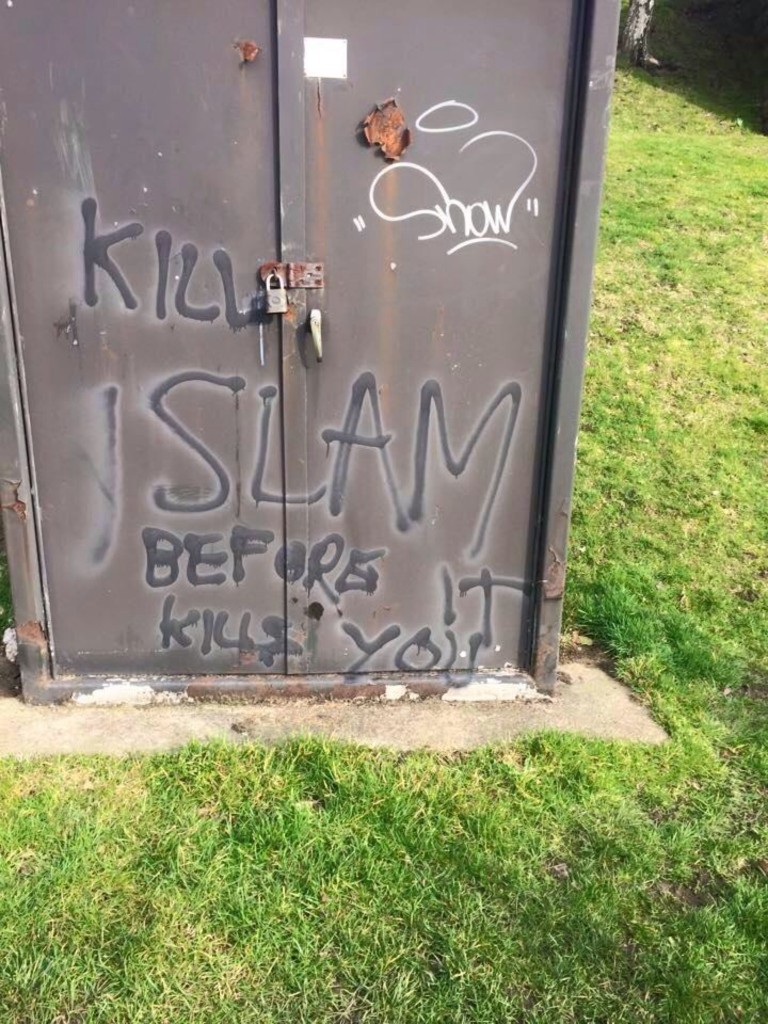 Unlike the previous occurance, this graffiti is directly in the line of sight of one of the guild’s CCTV cameras.

If you have any information related to the graffiti please contact the West Midlands Police.