• Six laptops, iPads, a camera and over £1000 of equipment stolen

A terrified female was confronted by burglars who combed the entire house before smashing her door open.

Thugs forced their way into a house using a crowbar on Dawlish Road, Selly Oak, at approximately 1.50 am on Sunday morning.

Wielding the weapon, the pair wedged open the front door and then proceeded to raid the house.

The thieves were described as two black males in their mid twenties and of stocky build. 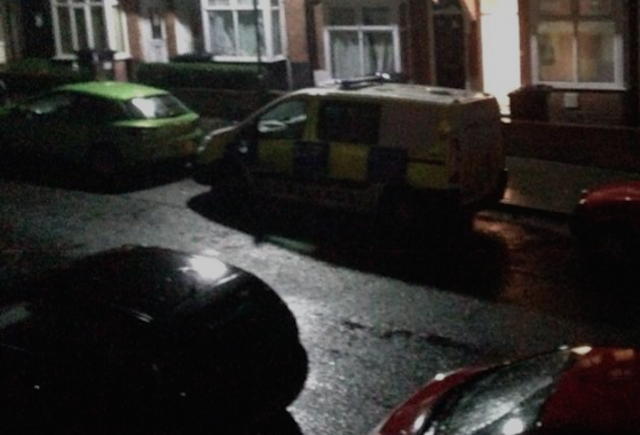 Police arrive at the scene

One female student was asleep inside after her six other housemates had left to go to Snobs.

She was woken up by a knock on the door after midnight, but chose to ignore it.

Speaking to The Tab, the second year said: “Everybody had left to go on a night out, so I spent the rest of the night studying in my bedroom.

“But at around 12.30am someone knocked on the front door, but I didn’t want to answer given the time.

“It was only an hour later after I had gone to bed that the burglary took place.” 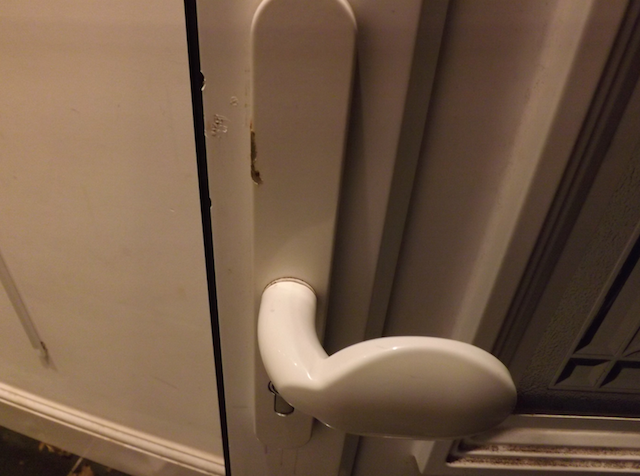 Marks where the crowbar was used to force the door open

It was only at 1.50 am, after the student had fallen asleep, that the robbers forced entrance into the property.

They then made their way around the house, taking laptops, iPads and expensive camera equipment from the other six bedrooms, before they came to hers.

“I didn’t wake up until they were on the first floor landing,” she said.

“I heard two voices, but I thought it was friends returning early from Snobs.

“It was only when they tried my door handle that I realised something was up. 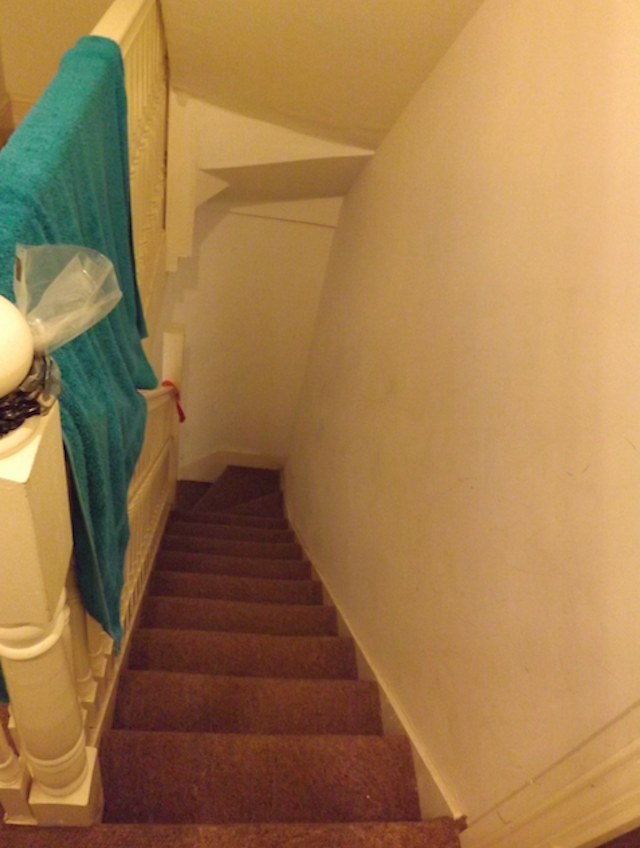 The burglars made their way upstair after raiding the downstairs bedrooms

“Unaware I was in the room, they tried to break the door down by shoulder barging it.

“When that failed they resorted to sitting with their backs to the wall and then kicking it through.

“They then burst into my room, and at that point I jolted upright.

“Luckily, they were completely shocked that I was there, and shouted ‘leg it’, before pelting downstairs and out of the house, taking one of our washing bags stuffed full of our stuff with them.” 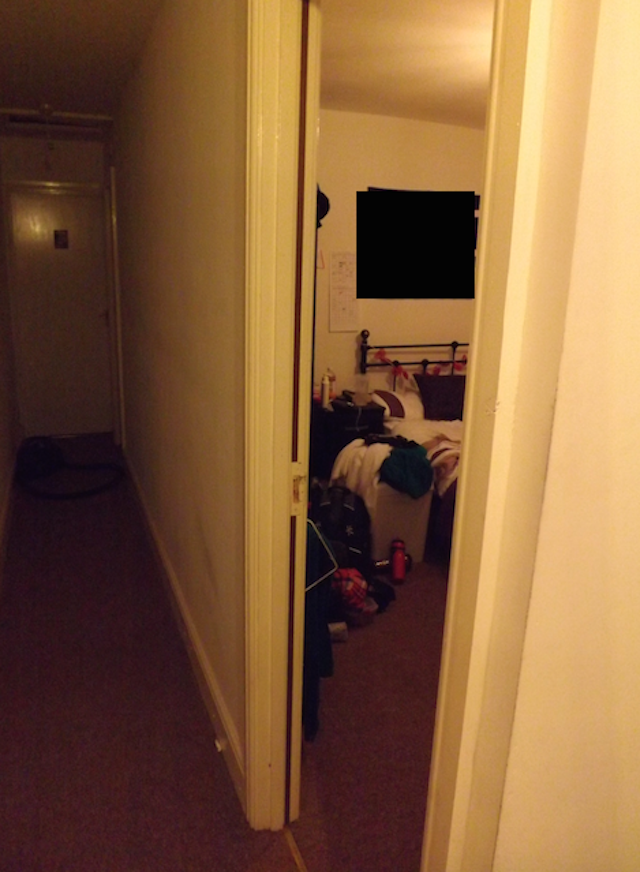 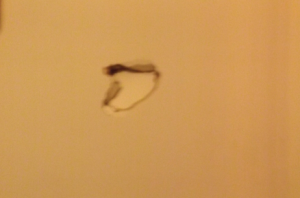 A hole left in the bedroom wall

Immediately after they had fled, the female student dialled 999, and two police officers attended the scene within a matter of minutes.

Forensic officers soon followed, and various finger and footprints were taken at the property.

“Soon after I managed to get in touch with my housemates, who quickly came home from their night out,” the student added. 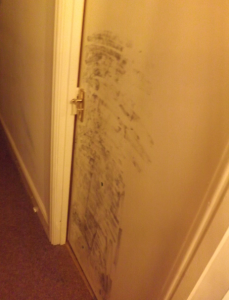 The door was coated with forensic paint

“They quickly sobered up when they saw what had happened, and once everyone was back at home and with the police around me, I felt much safer.

“The whole incident was pretty scary, when I managed to get hold of my mum I was in a state of complete shock.

“I’m feeling much calmer now, but I won’t be staying home alone for the foreseeable future.” 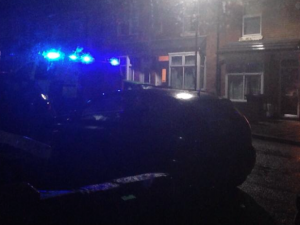 A male housemate added: “We think they were probably watching the house, and when they saw seven of us, including friends, leave, they probably seized upon the opportunity.”

Speaking to The Tab, a spokesperson for the West Midlands Police said: “At 2am on Sunday morning we were called to a burglary on Dawlish Road.

“The front door was forced open using a crowbar, and the two men then proceeded to search the student bedrooms until they were disturbed by a resident in the seventh, causing them to then take flight.

“The investigation is still ongoing, and anyone with any information is urged to call us on 101.”

Did you see what happened, or have information regarding the incident? Call the police on 101 and get in touch at [email protected].