Izzy Christiansen, a third year SPECS student at UoB, who hit the headlines last month after securing her first full international call-up, has just signed for the Premier League giants.

Her move from Birmingham City is the big-spending Sky Blues’ seventh new acquisition in the build-up to the FA Women’s Super League, which kicks off again in April.

The two parties were equally thrilled by the deal: whilst City’s manager and Head Coach both praised the attacking qualities of the UB Sport Scholar on their official website, Izzy told the Tab that she was “delighted to have secured such a big move”, and is really excited about the prospect of training full-time once she finishes her degree.

Izzy accepts that the move from Birmingham City will make it more difficult to complete her studies, but she told the Tab it was simply “an opportunity I could not turn down!”, and that being “extra-organised” and improving on time-management would be the key to her continued success in both fields.

When asked how she would celebrate the transfer, Izzy told the Tab that after a nice meal with her parents, there was “little time to celebrate” as she was heading back to Spain for a training camp with her new team mates.

She added: “I may even treat myself to a few extra readings to add to a literature review, who knows!” – she really is a true inspiration to us all! 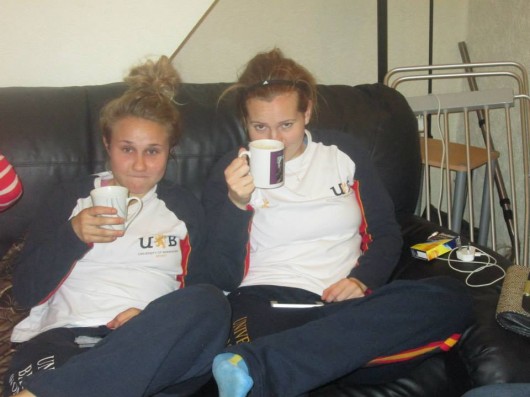 The Tab wishes Izzy all the best at her new club.