We had a few laughs at this comedy club in Chinatown

Birmingham’s China town is more than it first appears. Not only is it home to a whole host of authentic Chinese restaurants and cafes, but it also boasts the first ever Glee Club – now a small chain of independent live stand-up comedy and music venues across the UK, and the first dedicated comedy club to be opened outside of London. 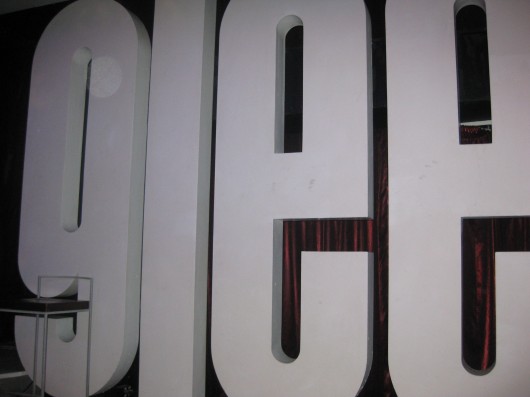 Don’t be put off by the name ‘Glee Club’

Despite coincidentally sharing its name with the well known E4 programme, this Glee Club does not consist of over enthusiastic American teenagers running around belting out cheesy choons and supposedly impregnating good Christian girls via the means of a hot tub. This Glee Club is so much better.

On arriving at the venue we were ushered through the bar, to The Studio and then, unluckily for us, straight to the front row. 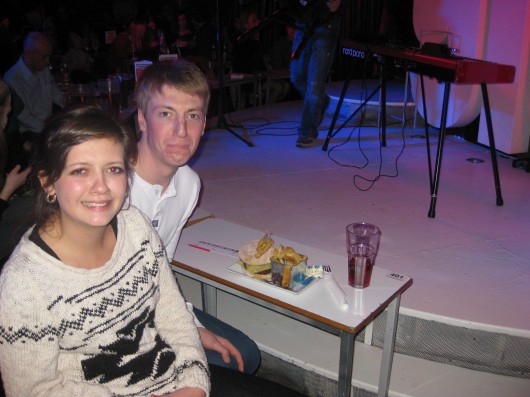 “Fucks sake, why did we book tickets so early?!”

We were of course, ripped the piss out of for the first 15 minutes of the show. Some of the most horrific digs (at our expense of course) were: “Are you even old enough to be here?”, “Why are you all drinking soft drinks?” and “Does your one male housemate (among 4 girls) just prowl around the house every night deciding which one of you he is going to shag?” I would like to point out here that said male housemate is in fact gay, and as a consequence did not appreciate the sexual innuendos. A word of warning- don’t book your tickets too early, or you will suffer the same fate.

Another tip I would give is… don’t spill your drink on the stage. Could be awkward… 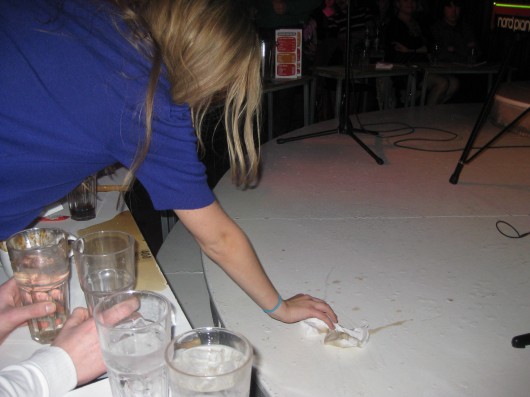 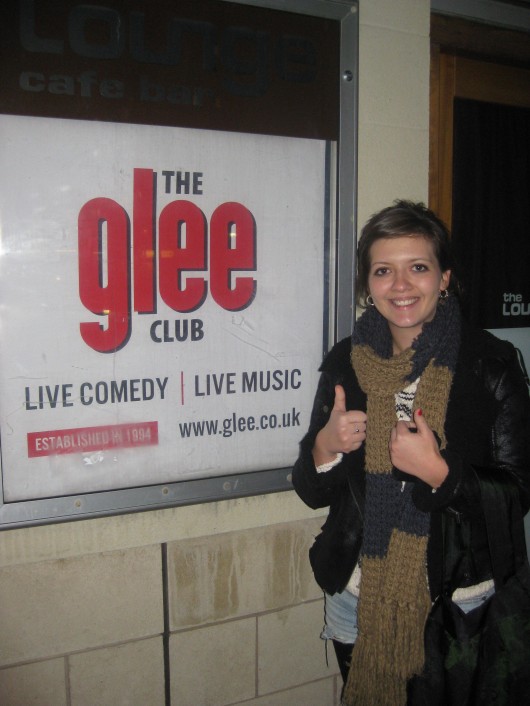 I had the privilege of watching comedians Vikki Stone, Gavin Webster, Chris McCausland and Elis James, who were all introduced to the audience by the sexy Irish presenter Andrew Ryan (who didn’t believe me when I told him I was drinking cider – rude.)

If, like me, you had no idea who these people are… here’s a quick video below, by my favourite act of the night, and the best blind comedian EVER, Chris McCausland. 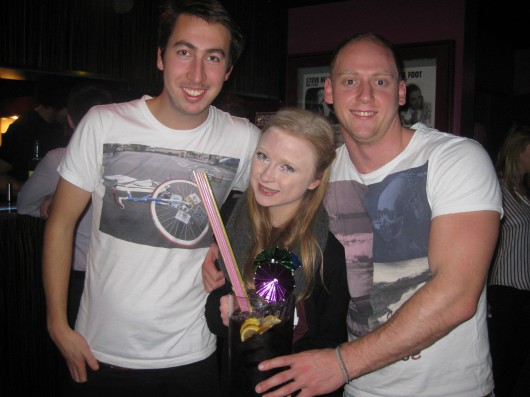 The venue also features an impressive bar and food service. Menus, ranging from your bog standard fish finger sandwich, to your more upmarket falafel and beetroot burger, can be found on the table in front of you. Order your food at the bar, whilst you grab a bucket-load of beer or alternatively a Woo Woo Whammy cocktail. Admittedly, food and drinks are quite steep for the student budget, however tickets are only £5 (providing you remember your student card) and you can always grab a snack from the vending machine at New Street Station, on the way home, if you’re feeling particularly stingy. 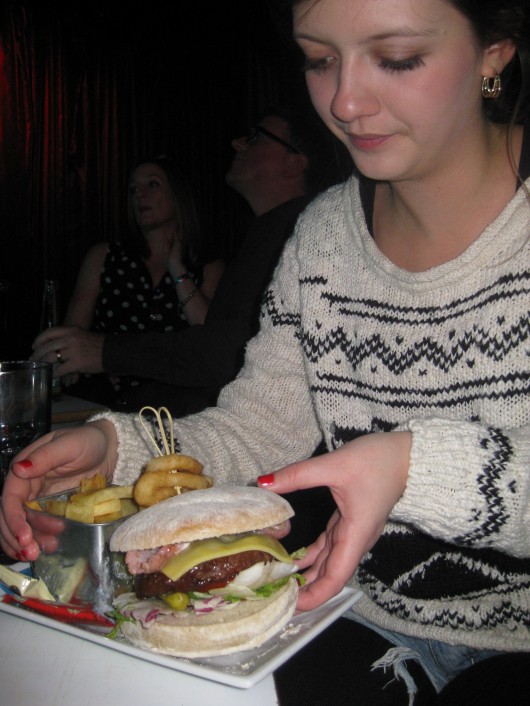 Come at me ‘Full House Burger’ 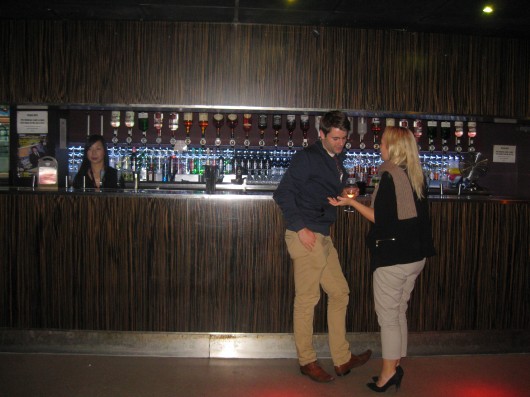 Pulling at the bar.

The comedy club takes place every Thursday, Friday and Saturday night and hosts four up and coming acts. All in all I had a great night; top comedy, yummy food and quality time with my friends without getting absolutely hammered and waking up with a handful of greasy chicken. So come on kids, get down to the Glee Club, it’s the place to be.

Oh… and here’s a vid. of the sexy Irish presenter as well… enjoy!