What’s the most messed up children’s book? A nationwide vote once and for all

The Hungry Caterpillar is NOT a role model, imo

Did you know the author of The Famous Five was apparently sexist and homophobic? Well, do what you will with that knowledge because Enid Blyton isn't going on the 50p coin anymore. Not that it matters – because we grew up on much more disturbed children's literature.

We've spoken before about some of the weird shit you'll find in Jacqueline Wilson's oeuvre, and gone to town on the lasting damage Harry Potter has done to people well into their adulthood. But why does no one ever talk about The Very Hungry Caterpillar's hidden encouragement for over-eating, or how The Rainbow Fish is encouraged to give away his skin?

Below you'll find all the weird "classics" we read as kids, as well as the most tapped moments they contain. Now vote for the most fucked up:

If a neighbour asked what you and your family were up to over the fence, and your mum shouted back "oh, we're going on a bear hunt!" as they strapped your two year old sister and younger brother into the car, they would 100 per cent have child protection services on the phone.

The Cat in the Hat – Dr Seuss

No one talks about how the cat kept his mates in cages.

Imagine Alex Rider, but the characters regularly get off in scenes described by an author in his mid-thirties in gross detail. It was basically smut for kids.

Literally the only thing about these books you can remember is that they were chonks. Taking a dip into the plot summary you’re reminded it was basically the wet dream of everyone who later went onto read the Game of Thrones books. Chosen one able to ride a dragon? Check. Magic wielding swordsmen? Check. Long stretches of the book devoted to weird discussions about the reproductive cycle? YOU BET.

Where the fuck were social services?

Every child has a pet that is part of their soul and the main conflict is that an evil group are trying to literally cut children away from their souls. That is traumatising. Also it set us up with an unrealistic expectation of having a really cool pet as a child. Mum, can I get a ferret? Also the actual core conflict in this book was the conflict between the church and the state, which was far too much for my little brain to comprehend.

Remember how in Harry Potter characters only really started dying towards the end? The Hunger Games picks up more or less where the last book left off with a slew of graphic deaths we really didn't need. Also Katniss is a stupid name.

If you read all of the Angus Thongs books at the age of 13, like I did, you would have thought there was something wrong with you for not having sex and dating boys at such a young age. Also Georgia was a terrible character. She was so rude to her parents, friends and even her school enemy, “Slaggy Lindsay.” The novels reek of internalised misogyny and straight up anger from the author who clearly didn’t have a very good childhood experience at school. Louise Rennison (RIP) needed to take that shit to therapy, instead of innocent poisoning children’s minds with her messed up storylines.

As a grown-up, it’s common for reading to leave you with a deep, bleak hopelessness. Closing a book, walking around with a lingering taste of the futility of human endeavour and the utter corruption of the human spirit, well, it’s almost the point. But for a kid’s book that feeling is a bit much. By the twelfth time Count Olaf has trapped the Beaduelaraierae siblings in yet another hopeless quandary, after they’ve been abandoned and failed by nearly every adult in the bizarre society they inhabit, young you was fucked up.

Not many people know, but these seemingly innocuous children’s books were written as an allegory for cannibalism. Throughout the series you read at infant school, the authors littered hidden references to eating human flesh. Shockingly, this subterfuge went undetected until 2018, when the Biff, Chip, and Kipper books were swiftly taken off school shelves and pulped. Only five copies of each book are known to remain, in a restricted room of the British Library.

Apart from making student teacher relationships look super romantic and borderline appropriate, the fact that Prue manages to do a full face of makeup using only her watercolour paints still confuses me today.

Well you spend three years of your life reading these gruesome and hilarious history books, trying to impress your Year 6 mates with your amazing knowledge, only to realise later on half of it was total bollocks. 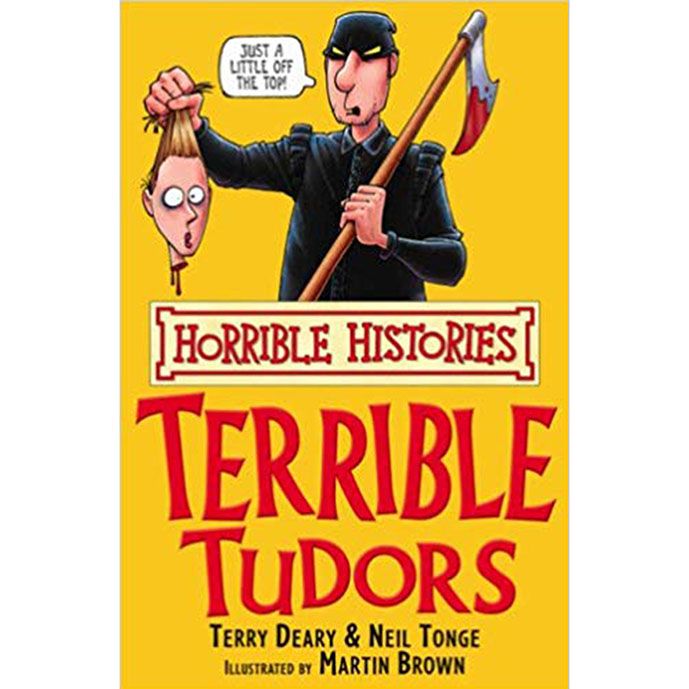 She literally THROWS HERSELF OUT OF A TOWER. My 10-year-old self was not mentally prepared for that tbh, cried on the sofa. 12/10 would not recommend.

The Very Hungry Caterpillar suggests if you eat everything in your house or in sight that you will turn into a beautiful butterfly, and it doesn't take a genius to realise this message actually advocates the possibility of some serious health problems, like diabetes, obesity or heart issues. If I followed The Very Hungry Caterpillar's diet there's no way I would turn out as a better version of myself – I'd probably be in a food coma and have rotting teeth. I know it was an innocent book with some pretty dope illustrations, but if this was released now Jamie Oliver would be campaigning for it's de-publication saying it's encouraging kids to over–indulge and you know it.

If there was ever an advert for “don’t talk to strangers”, James and the Giant Peach is it. James is given some magic bean or worm things by a stranger, which grow into a massive peach, and then he can suddenly speak to insects and fly all the way to New York in a peach? Sounds like James was drugged and went on a massive high.

Where to start? Edward Cullen is a predatory male who literally watches Bella sleep outside her window without her knowing and follows her around to “make sure she’s okay”. He possesses all the red flags of a controlling and abusive boyfriend, but somehow every teenager across the country fell in love with him because he would drive Bella around in his expensive car and pull out the romantic one liners. The bloke is a creep! And Jacob? He lost all sex appeal when Stephanie Meyer decided to make Jacob fall head over heels for Bella and Edward's newly born baby. And actually, thinking about it, Edward is like hundreds of years old and he’s going for a high-schooler? Go out with a woman your own age!

Okay sure, Dumbledore is old, but he’s “apparently” the greatest wizard in all the wizarding world, so why is he recruiting a 17-year-old boy, who frankly has had quite a lot on his plate since I don’t know, birth, to do all of his dirty work for him? Imagine having to take your exams, try and pull Ginny Weasley before she goes off with some other dweeb and stay clear of Voldemort all at the same time as Dumbledore demanding you find the rest of the horcruxes and destroy them to save mankind. It’s just too much and if Ofsted got a whiff of it they’d be giving Hogwarts a big fat zero.

You know there are some people out there who were more upset by Hedwig’s death than anything in their own lives. Also Harry coming back from the dead is the biggest crock of horse shit I've ever seen.

It had a drawing of a beheaded rabbit halfway through.

As much as you have to stan Elmer as an LGBT icon it must be a bit peak for the other regular grey (hetero) elephants who don’t get to be special.

Wind in the Willows – Kenneth Grahame

I quote from the Wiki here: “Badger learns from his visitors that Toad has crashed seven cars, has been in hospital three times, and has spent a fortune on fines.” Toad is a DRUNK DRIVER, ladies and gents.

I’m sorry but this is major Michael Jackson Neverland vibes. Eccentric adult man with long hair and extravagant clothes loves children’s sweets and the company of young children. He decides the one he likes the most (10-year-old Charlie) and invites his working class family to come and live with him in his factory. Oh and a child gets murdered? And no one questions a thing?? Let’s just say if this was set in 2019 there would be an eight-part Netflix documentary about it.

The Lion, the Witch, and the Wardrobe – C. S. Lewis

This book made Turkish Delight out to be much tastier than it actually is. Although maybe that probably says more about how much of a shithouse Edmund was that he’d sell his family out for something so rank.

So in the movies, Julie Andrews plays a kind, compassionate but strict Grandma, right? In the books she’s called Grandmere and she’s cruel, manipulative and low key abusive. Also, Mia’s dad isn’t dead?! He just has testicular cancer. Mia in the books is also an absolute dating machine, she has multiple boyfriends throughout the series – more than any 15-year-old girl feasibly has. For the girl who is also supposed to be the uncool loner of her school she’s actually a fucking stud.

Tl;dr, an octopus tells a pretty shiny fish to give all his shiny scales away to make the other fish happy, so he ends up with only one scale left. Obviously it’s nice to share things if you have too much, but if you told someone their literal skin was really nice and you wanted a bit of it they’d be well within their rights to tell you to fuck off. These fish are messed up. Basically don’t listen to octopuses who tell you to give parts of your body away.

The Tiger Who Came to Tea – Judith Kerr

Not much to say about this for obvious reasons.

My thoughts about Yung Pan changed forever when I found out Neverland is basically Great Ormond Street Hospital, which is DEPRESSING. (Also the Disney adaptation was deeply wrong on many levels.)

Have you ever read the theory about Winnie which points out he and his mates are symbolic stand-ins for different mental illnesses? In a way that's quite woke, but unfortunately there’s no way it’s true and the accepted wisdom is Winnie is just a total stoner with the munchies.

Most children’s books have some sort of moral lesson to be gleaned from their one-note characters, but Henry was a legitimate asshole of a person.

Okay imagine the anxiety when you’re in line at the supermarket and your mum goes back in to get something she forgot, leaving you inches away from facing the person at checkout. Now imagine you are an owl and boom you’ve written this book.

The cover art alone warrants them a pride-of-place spot here. 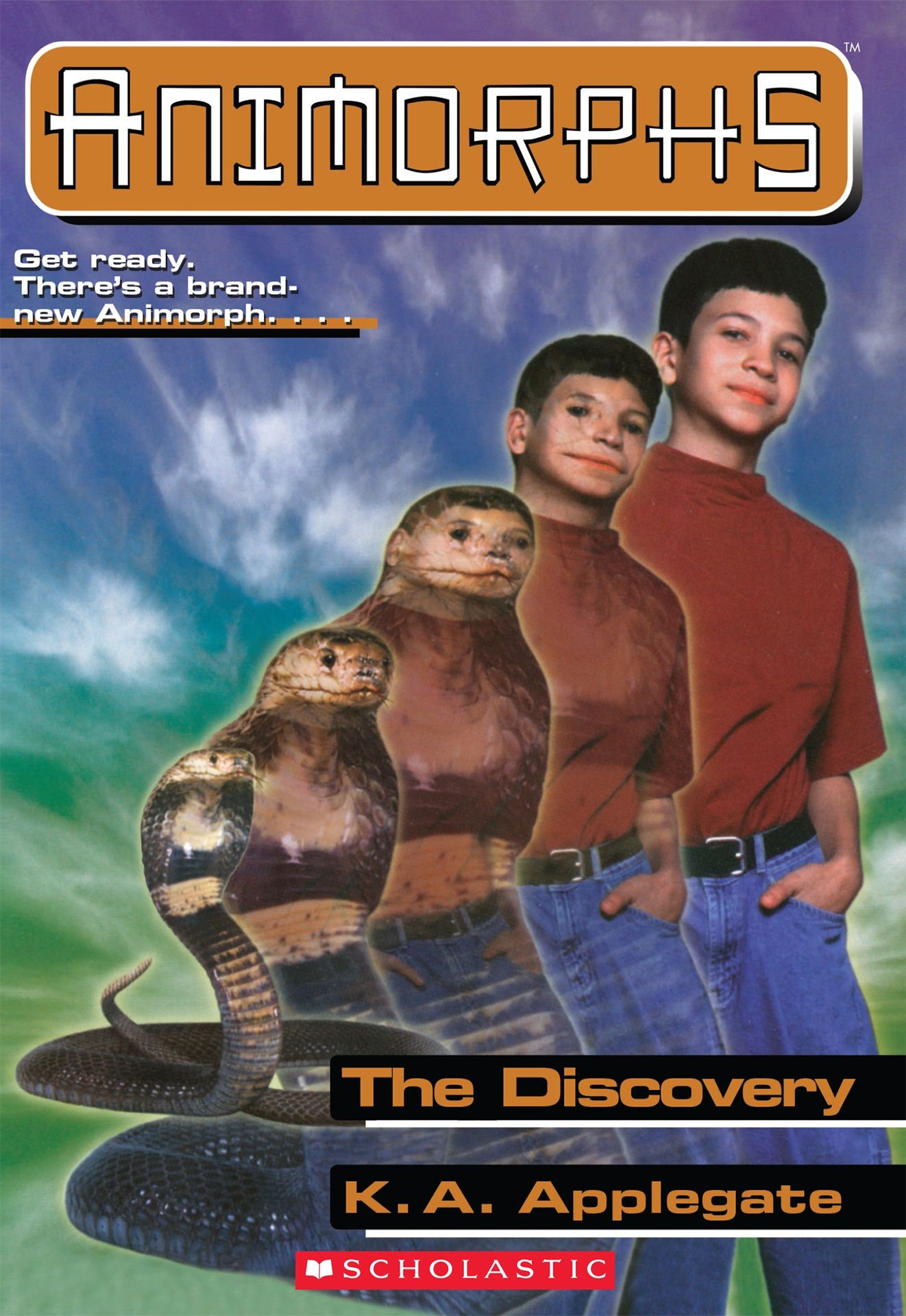 Now vote for the most fucked up book of your childhood: