CHERUB was basically smut for kids

If we're being honest with ourselves, adolescence was probably the only time we were ever legitimately into reading. No matter how much your English teacher told you reading books for adults would make you a more intelligent person, you wallowed in the trash of teen fiction until one day you migrated to Made in Chelsea and later Love Island.

And why would you have read anything else? Was Hamlet a teenage spy who shagged more than you do even as an adult? Was Jane Eyre dating a Vampire? They were not, and for that reason they'll always be classic.

But has anyone ever stopped to consider how – deep down – these books were actually quite clapped? Between all the dark accounts of sexual abuse, child murder, and terrible film tie-ins, we should be more worried that these fucked up books have defined us as much as they have. Here are a few of the worst offenders:

Orphaned kids get recruited to join MI5 for under 17s, then they go on missions during which they have explicitly detailed sexual encounters with local minors: That is the core concept of CHERUB. At one point the protagonist, James, then a 15-year-old boy, loses his virginity in the bath when he is set upon by a local gang leader’s daughter – an event described in a little too much depth by an author in his mid thirties.

Anything by Jacqueline Wilson 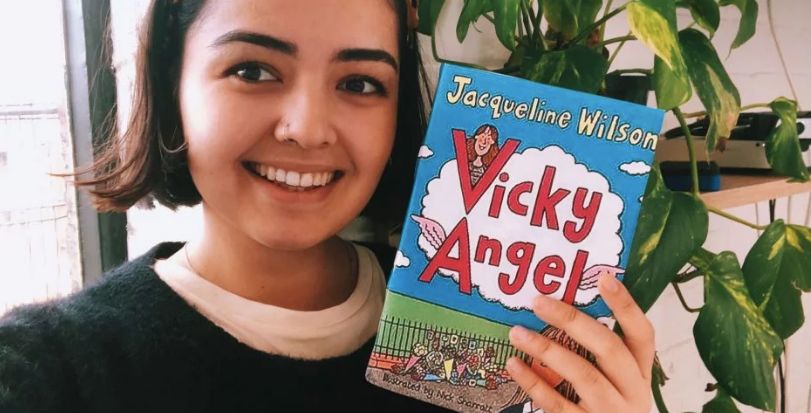 Obviously there’s enough weird shit in JW’s catalogue to fill its own article, the highlights being the homeschooled girl from a cult who falls in love with her art teacher, the baby who gets dumped in the bin, and the mum who paints her entire body white when her kids leave her.

You read this because it was unreasonably big and you thought it made you look clever (the fourth book had 860 pages), but also because you really really wanted to be the main character, who could sword-fight, use magic, and ride a dragon. You nerd.

What if James Bond were a teenager with attitude? Meet Alex Rider, who is literally that. Each book follows a strict formula: Alex reluctantly gets roped into being a spy, lots of adults then try to kill Alex, and by page 200 Alex wins and vows never to be a spy again. The film franchise didn’t work out.

Lord of the Flies – William Golding

In which you learn why private school boys should not be running the country because they will one day burn it to the ground.

You only managed to catch the first book before you grew out of teenage fiction and canned in reading forever, but the anti Harry Potter's success in the cinema brought you back.

The trilogy focussed on the concept of children violently murdering each other in gory death matches for the amusement of the populace. Either it was a sizzling hot take on our obsession with reality TV, or a worryingly accurate foresight into Fornite’s eventual rise to ubiquity. 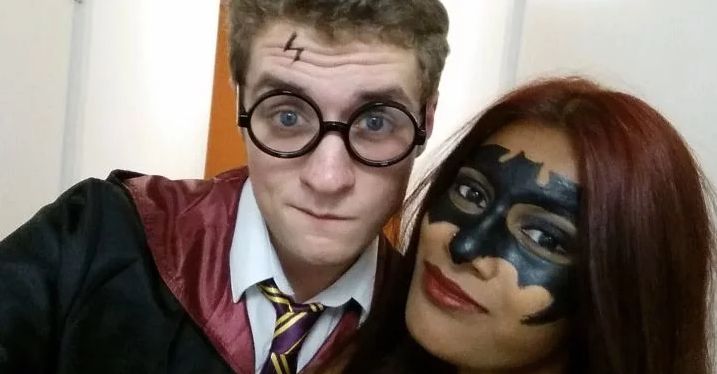 Truth be told, these books were lit beyond belief and roughly half the other books on this list are heavily inspired by them. You can take pride in the fact that you were smack dab in the middle of the intended age bracket during that magical time when the books were coming out, but you cannot take pride in revisiting these books in your adulthood. We’ve spoken before about the weirdos who think otherwise, and the results are not pretty.

Jesus Christ reading these was time we’ll never get back. The bit where Jacob falls in love with Bella’s child while it’s still in her womb is something that should never have been allowed. Also spawned some of the most uninspired film marketing ever devised.

To Kill a Mockingbird – Harper Lee

Obvs this was the most flames thing you read in year nine English because it taught you both not to be a massive racist and introduced you to Sparknotes.

Shit films, which is a red flag.

Oxbridge obsessed, which is a red flag.

Over-wrought religious metaphor, which is a red flag.

Summary of Artemis Fowl without Google: Some weird rich Irish mafia kid, Artemis Fowl, lives in a big mansion that just happens to be above a seedy underground world of fairies and trolls with mad technology. He’s got a big butler and the fairies are always trying to do crimes and commit robberies. Travesty that it was never made into a film.

Summary of Artemis Fowl with Google: There’s a trailer. With Radiohead. Sick.

Catcher in the Rye – J.D. Salinger

Probably the best Legitimately Good Book you read growing up. Features a boy going rogue after dropping out of boarding school, getting a prostitute, being beaten up by a pimp, and spending the night with a history teacher who strokes his head while he sleeps. You found the protagonist oddly relatable even though there’s zero chance child you would ever go wandering round New York on your own.

Jiggy McCue is a weird geeze. There’s one book where he’s wearing a g-string and ends up being suspended from a window by it. Another one where some dodgy heather ruins his life. There’s a girl at school who sneezes lots. Gross and problematic IMO. 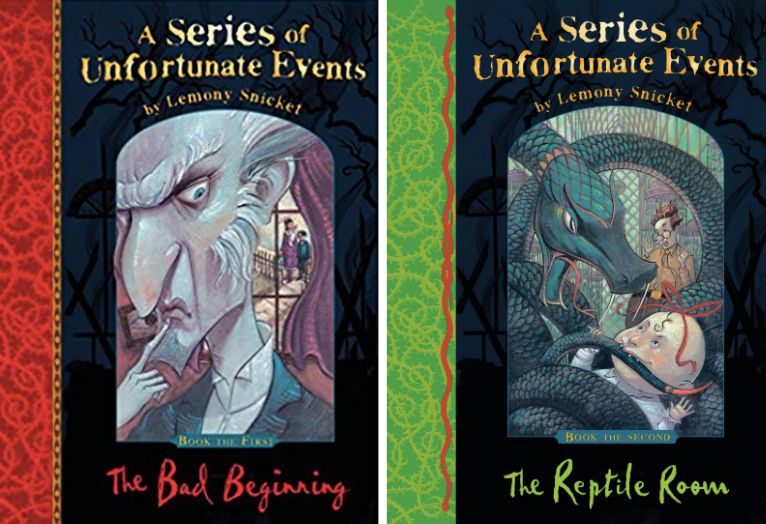 We all know the deal with A Series of Unfortunate Events, so here are seven entirely legitimate, high-minded criticisms you may not have considered.

One: How can they call the monstrosity they serve Count Olaf pasta puttanesca when there’s ZERO chance they found capers or anchovies in his dead-ass kitchen?

Two: In the final book, The End, it all becomes way too meta, and the attempt to tie up all the loose ends on the island falls flat. A convoluted ending to a wonderful series.

Four: Count Olaf is definitely a nonce for trying to marry Violet.

Five: The Baudelaires being failed by every adult in their life with the power to stop their childhoods descending further down the spiral of shit is obviously the running joke in the series. BUT it stretches the believability too far and makes a ham-fisted point about adults being unreliable.

Six: The overly discursive, pompous, and aside-ridden prose influenced me massively as a child and is probably responsible for a lot of the overwrought shit you read on The Tab.

Seven: There’s a reason neither the film or the Netflix series really banged. The source material is unwieldy, self-referential, and only really suited to the page.

Has the word "snogging" in the title. Veto.

The central idea at play here is that the characters can hear each the unfiltered thoughts of all other men. All the time. In fairness the author realises this and much associated widespread murder is heavily implied.

A girl catches the titular Wimpy Kid cheating in Geography and rats him out. In retaliation, he throws props at her during the school play in which he plays a tree.

How to Train Your Dragon – Cressida Cowell

Read the Wiki page attempting summarising this – honestly, it will trip you out. Either way, How to Train Your Dragon is actually quite a charming story about standing out when you're not particularly talented and everyone thinks you’re a bit shit. The book also had cool profiles of all the dragon species. Naturally the recent films binned most of this off for an entirely different story in which Toothless is really cute.

A family of four avian hybrid children fight wolf creatures over the course of nine books. They're kind of step siblings but two of them end up getting it on, which is not wholesome at all. Also James Patterson apparently doesn't even really write most of the stuff with his name on it??? 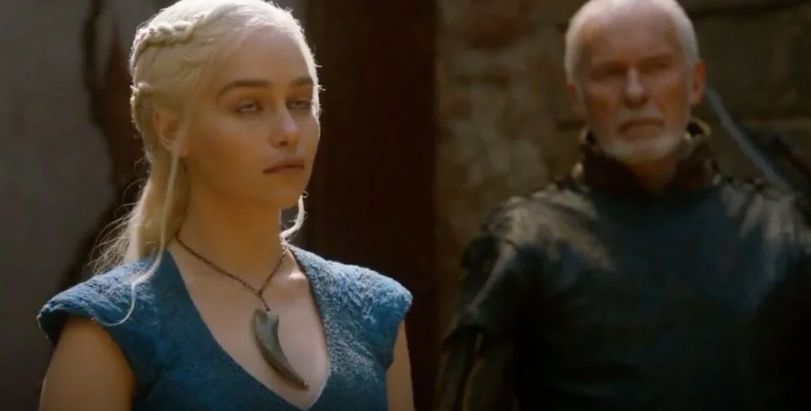 Anything with as much incest as Game of Thrones would be extremely weird in any format, and those who went off the deep end and actually read Game of Thrones on top of watching it are the most tapped of individuals. You were too old to read these books in your adolescence and you’re too old for them now. Put them down.

These were even weirder and more convoluted than the TV show. Why was a book series where a student sleeps with a teenager being marketed to sixteen year olds? Why did none of the plot make sense and why was it all so dark? Unanswerable questions.

My Sister Lives on The Mantlepiece – Annabel Pitcher 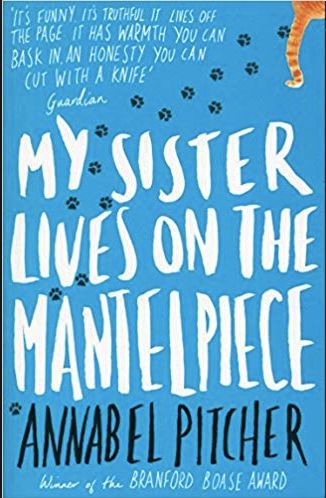 If a book about a little girl dying in a terrorist attack isn’t sad enough, there’s there are whole arcs about the parents splitting up, the dad being an alcoholic, and the little boy getting bullied because he wears the same t-shirt to school every day. Very dark for a twelve year old.

The Chronicles of Narnia – C.S. Lewis

Absolutely the weirdest set of books ever written – a lit fantasy, but was all about God, only you didn’t realise that until like five years down the line? Also, despite being a junior school classic, it’s so painfully sexist. Though I’m still not quite over the rogue ending where everyone but Susan was killed off in the final book, C.S. Lewis really did us dirty with that one. ALSO can we talk about the bit in the BBC film where Mr Tumnus plays a lute or some shit to get Lucy to fall asleep?? Not okay.

Lol as if you knew this was originally a book. The film bangs though.

Was on the reading list at school and it blew your mind because death himself was the narrator. 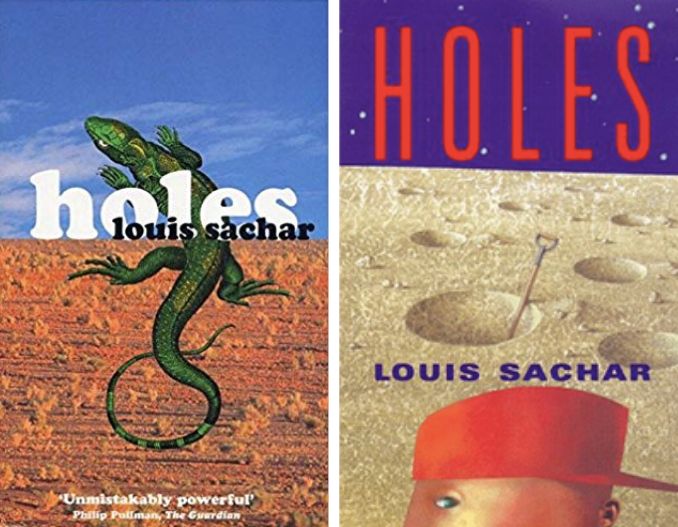 Holes is essentially a book about child slave labour. Sure it was meant to be some juvenile correction centre but COME ON. No water, no rest, harsh punishments??? They were essentially digging their own grave!!! Messed up. 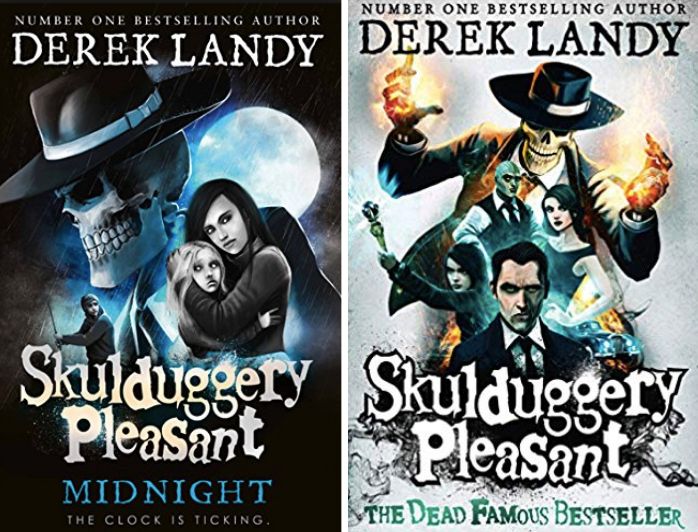 A living skeleton fights bad guys with magic, accompanied by a 13-year old-girl? Standard. But by the time you stopped reading (only half way through the series, because there are FAR too many books), the main character’s alter ego was super murdery, and she starts shagging a vampire – by that point, you’re sort of mentally done.

The main character is a 15-year-old princess (duh) raised by a feminist painter mother, which just screams Fiat 500.

The Perks of Being a Wallflower – Stephen Chbosky

Only after Charlie trips out on LSD, plays around with his sexuality, and gets his face kicked in by football players, does the book reach its happy ending… of Charlie realising his Aunt sexually abused him as a child.

The Fault in Our Stars – John Green

Unbearably depressing because everyone dies. Also glamorises life-threatening sex. ALSO the characters talk to each other like living Tumblr posts. Hard pass. 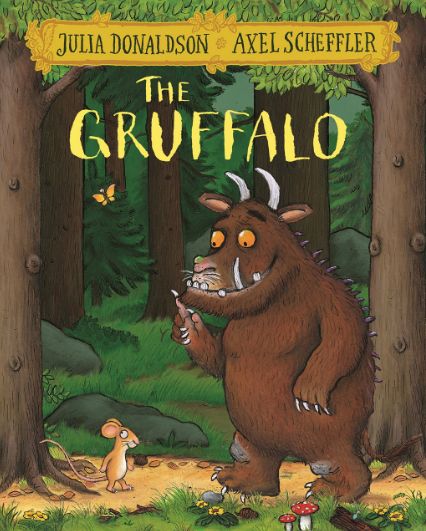 Overrated. Your reaction to reading this was worse than to us slagging off the Bible.